The skylight had experienced leaks in several areas; around the aluminum base where it joined the concrete curb as well as on the top where there was glass to metal contact. Conventional repair techniques had failed to correct the problem. The old sealants were replaced around the perimeter, the base, and all contact points of dissimilar materials.

Western then applied Sikalastic 621 TC, a high performance polyurethane coating reinforced with a fiber mat. The system encapsulated the entire skylight with a seamless waterproof barrier from the top, around the frame, and onto the concrete curb, creating a long term, all encompassing seal against the elements. 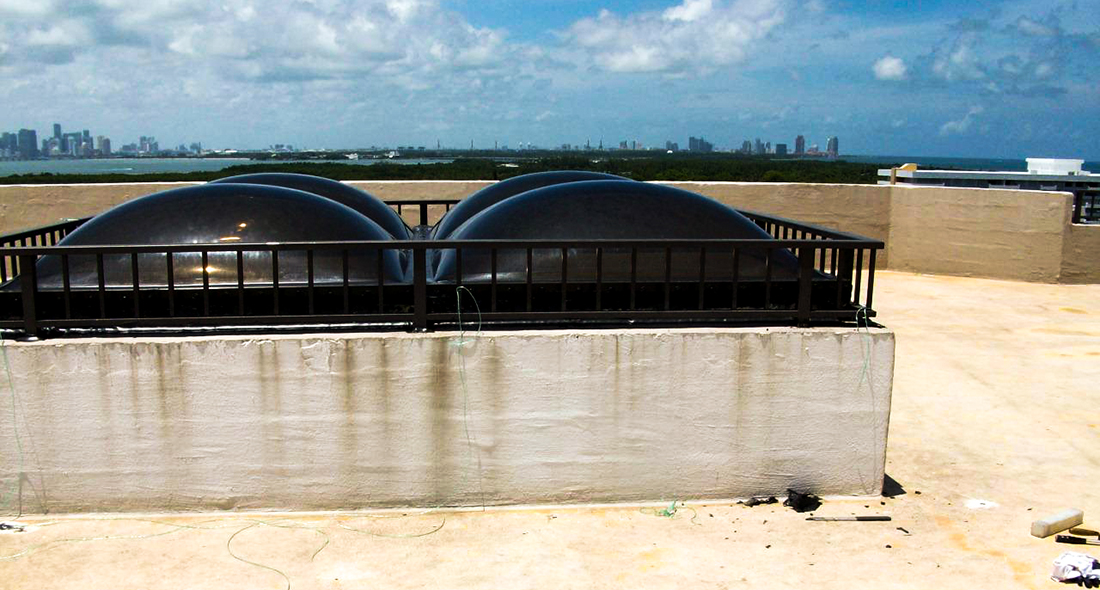 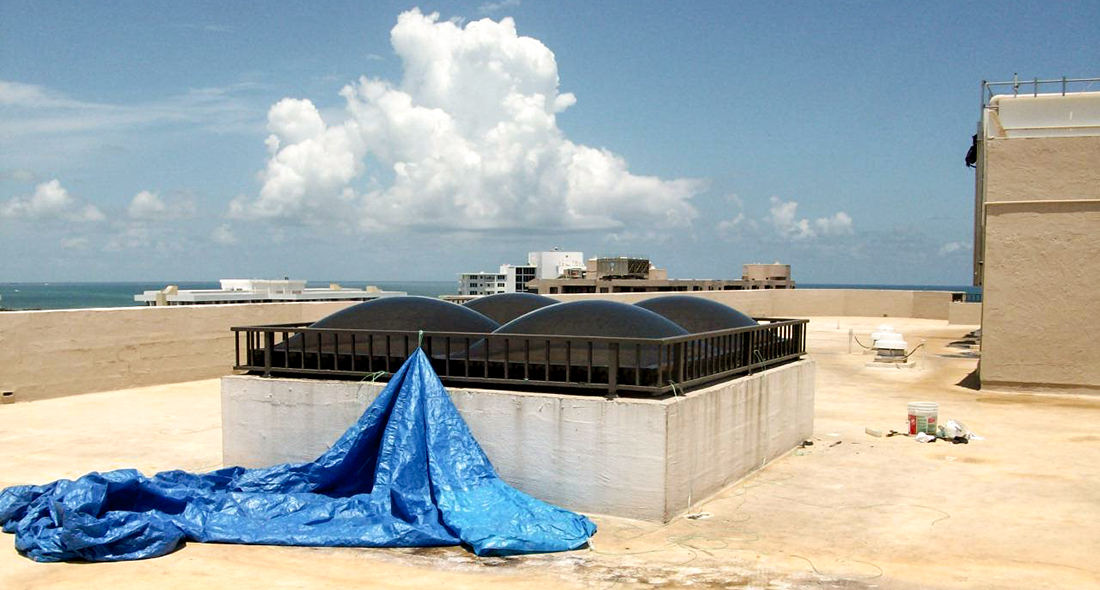 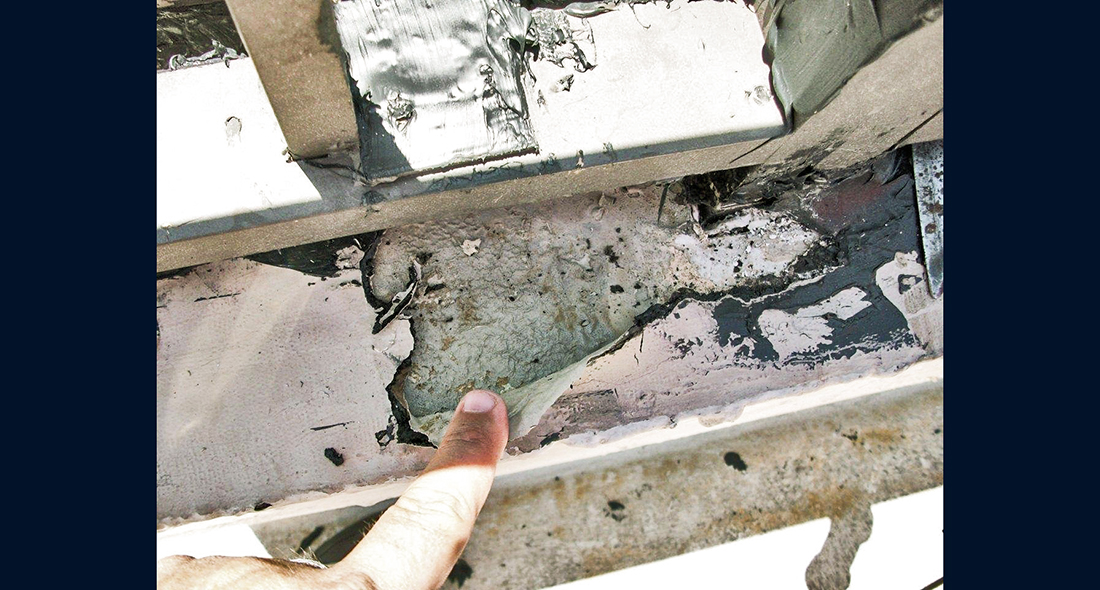 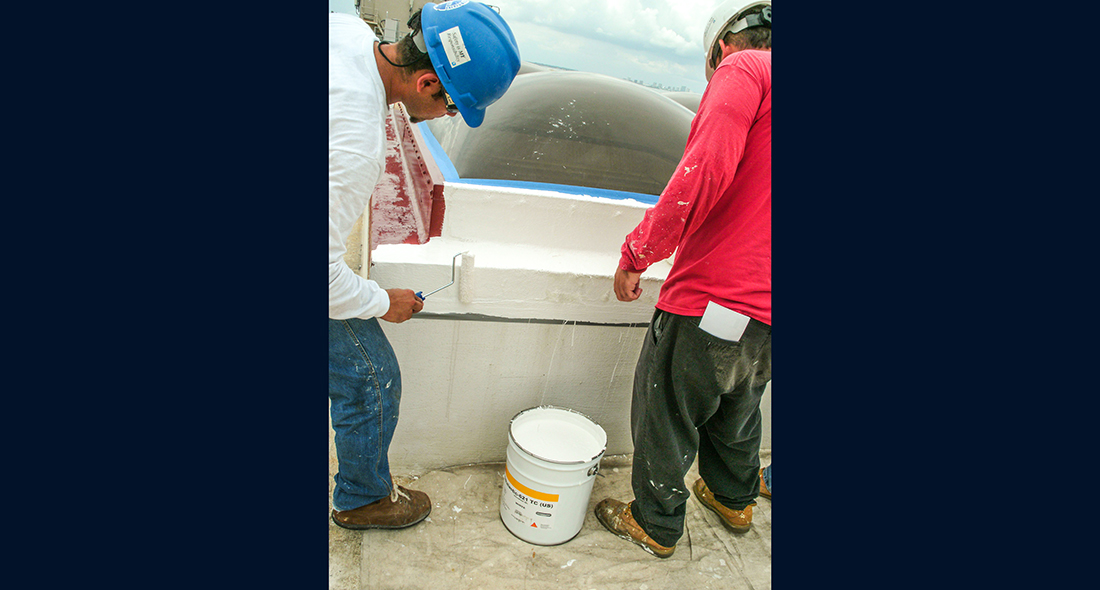 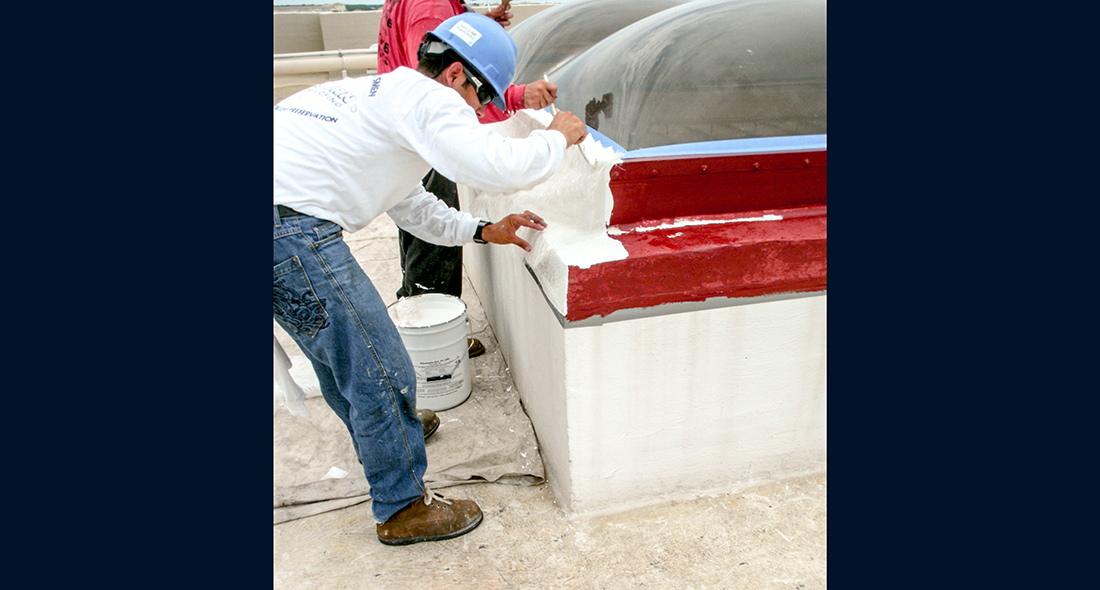 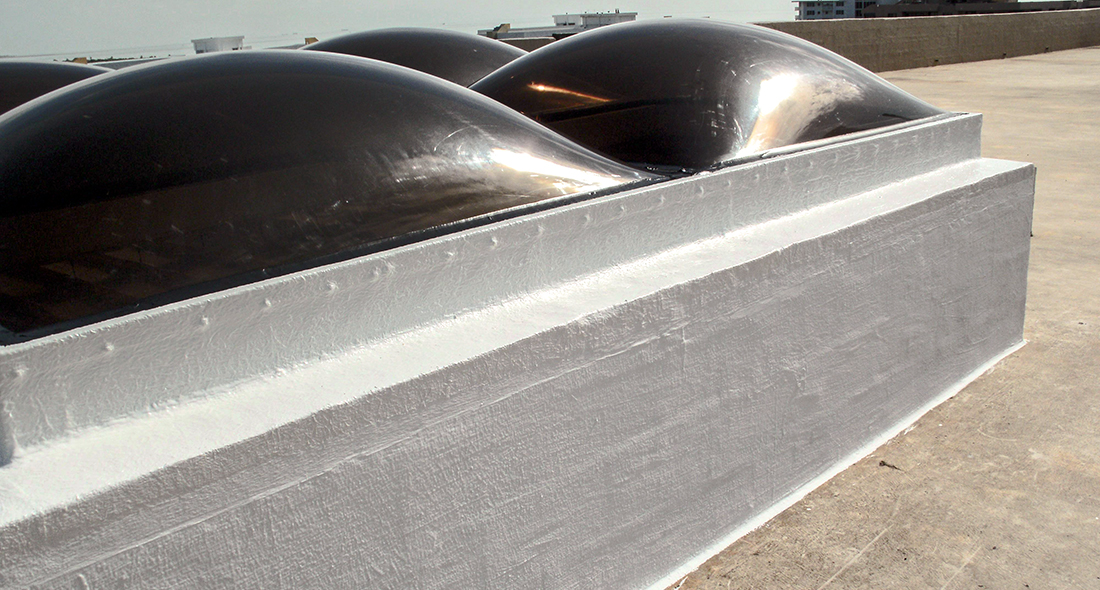 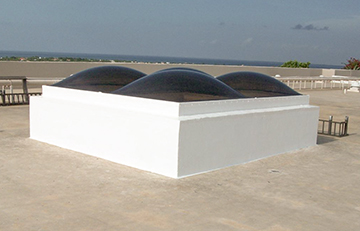 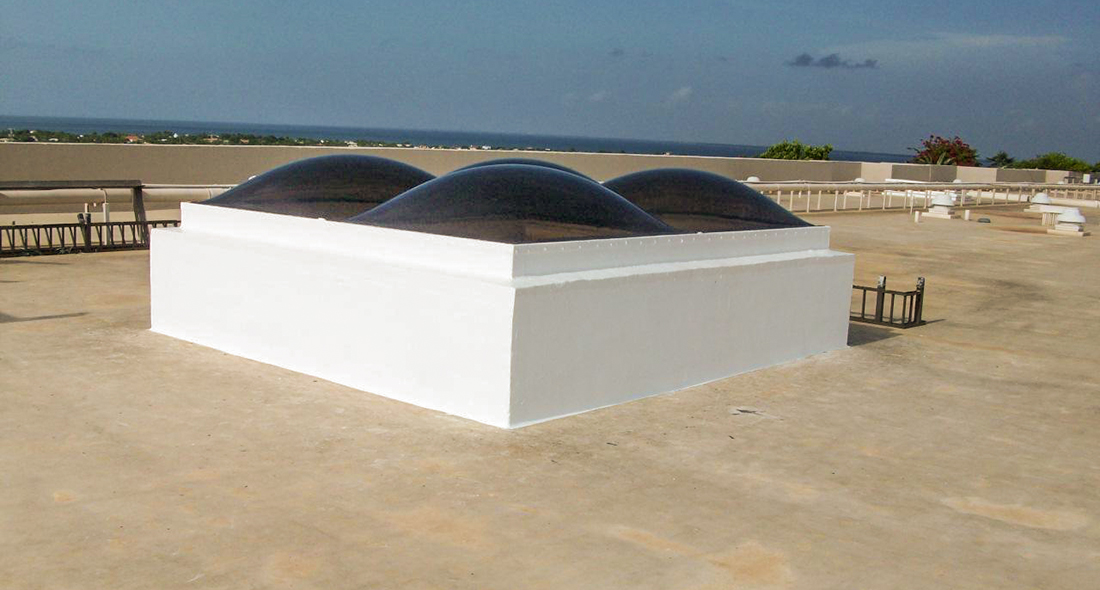 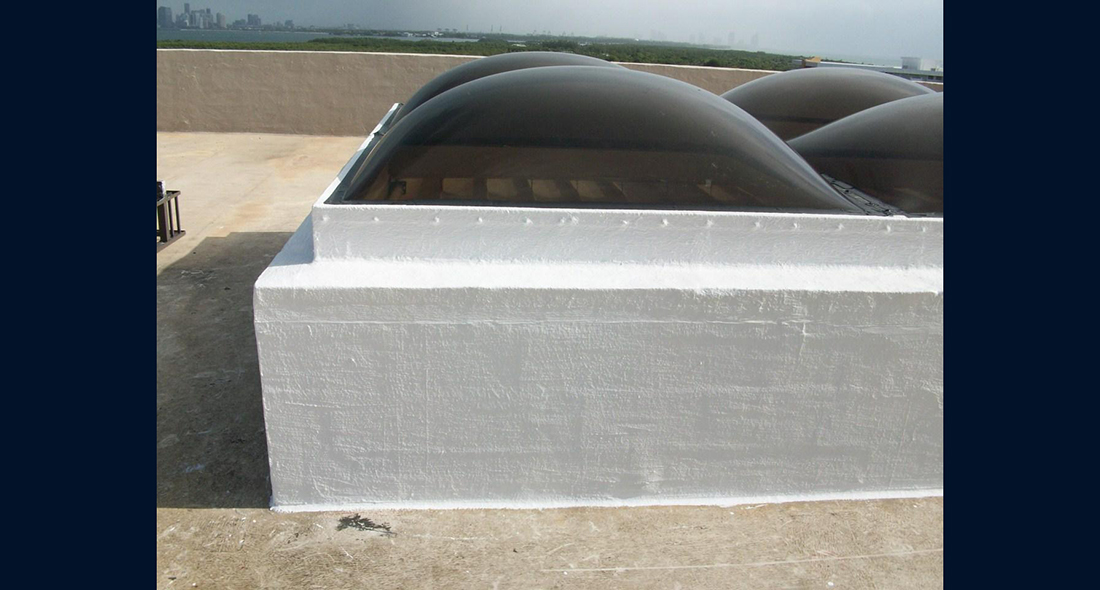 The parking garages at the Village of Merrick Park Mall were constructed to service the parking needs of the busy shopping center’s patrons. Age, exposure to the elements, and heavy usage had caused some water related issues.

Safety was a big concern in dealing with the high traffic of patrons, especially during the holiday season. Proper precaution was taken with the installation of perimeter fencing and barricades around the work area in order to maintain traffic and operations. An onsite container was utilized for proper storage of equipment and materials.

The scope of work consisted of a number of items. The existing expansion joints along with their metal cover plates were removed and replaced with a Watson Bowman joint system. Delaminated stucco on the exterior walls was removed and replaced as well as caulking in the vertical expansion joints. Primer along with two coats of a high-build acrylic exterior waterproof coating was applied to all new stucco surfaces.

Accessing the exterior wall of the garages required suspended scaffolding swing stages. Inspections of the beams, counter weights, safety lines and tie backs were completed on a daily basis. Foam board insulation and plywood were used to protect the existing top deck of the garage and ground floors.

Western Specialty Contractors recently completed an exterior waterproofing project at the Broward County Convention Center. Safety was a major concern because of the high amount of pedestrian traffic during shows and events. Proper precaution was taken with the installation of perimeter fencing and barricades around the work areas to maintain traffic and operations.

Accessing the building required the combination of suspended scaffolding swing stages and boom lift equipment. Inspections of the beams, counter weights, safety lines and tie-backs were completed on a daily basis. Foam board insulation and plywood were used to protect the existing roof system.

The project included the removal and replacement of deteriorated stucco and expansion joint sealant. After the stucco repairs were properly completed, the sealant was replaced using high performance construction grade silicone sealant. The newly repaired areas were then coated to match the existing areas.

The project area was accessed utilizing rolling scaffolding and a 50’ boom lift.

The New River Center is located in the heart of Fort Lauderdale. Age and exposure to the elements had caused deterioration of the building's sealants. Additionally, the building needed to be cleaned and sealed.

Western Specialty Contractors' Fort Lauderdale branch was selected as the specialty contractor to complete this work. The Conley Group served as the project architect.

Western's crew removed the old sealant from the glass-to-metal, metal-to-metal and perimeter joints. Dow's 795 and 790 silicone sealants were used as the replacement materials. End dams were installed in the curtain wall.

To complete the project, the exterior was pressure washed and sealed with Iso-Flex silane penetrating sealer.

The work was completed using swing scaffolding and a scissor lift.

Western crews removed the existing caulking from glass-to-metal, metal-to-metal, and perimeter joints. Dow 795 silicone was installed to the glass-to-metal and metal-to-metal joints. The perimeter joints received Dow 790 silicone sealant. The work included the removal of the horizontal aluminum snap covers of the glass curtain wall system, installation of “end dams” and the replacement of the snap covers.

The exterior precast panels were pressure washed and then sealed with Iso-Flex VOC, a one component silane penetrating sealer. 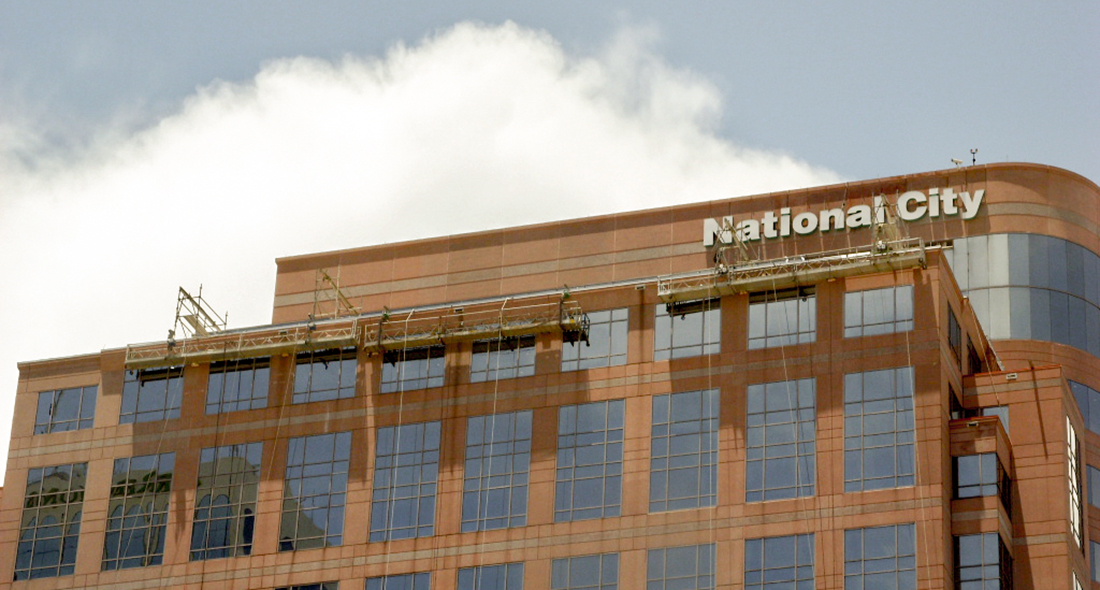 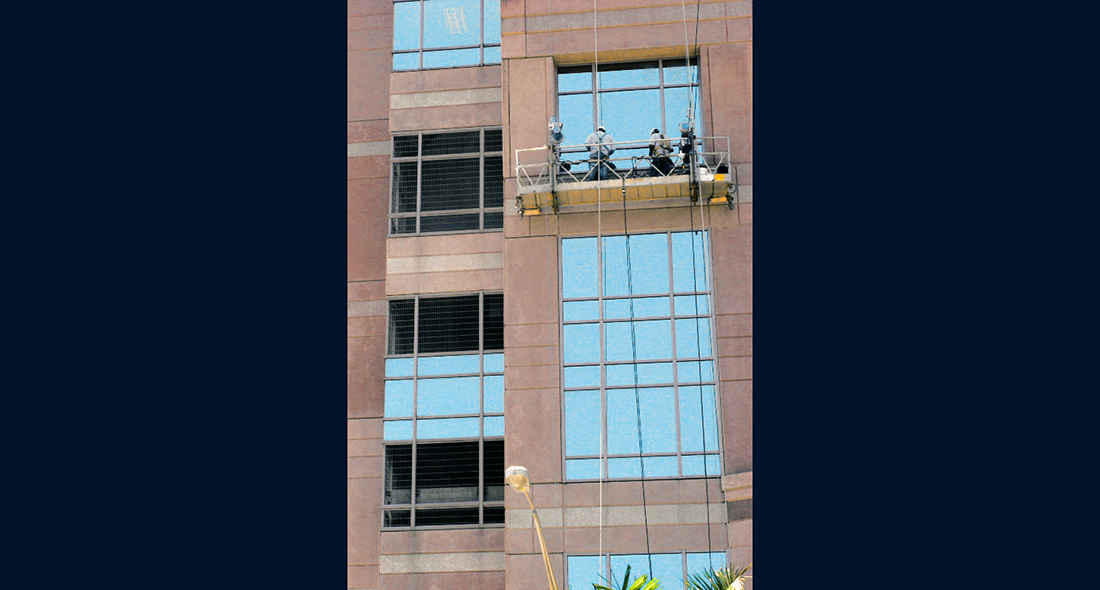 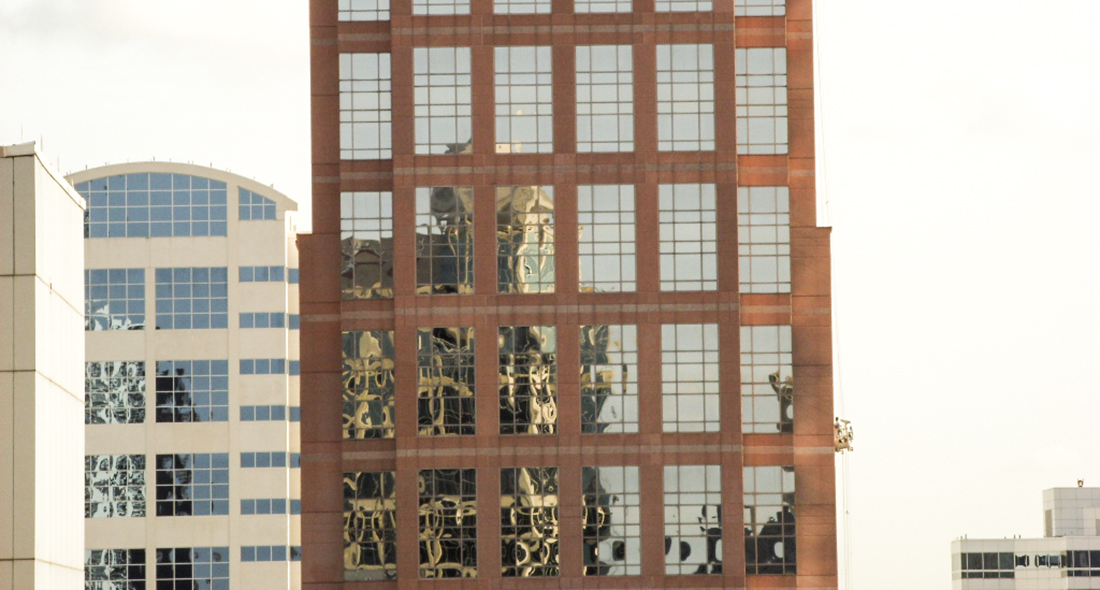 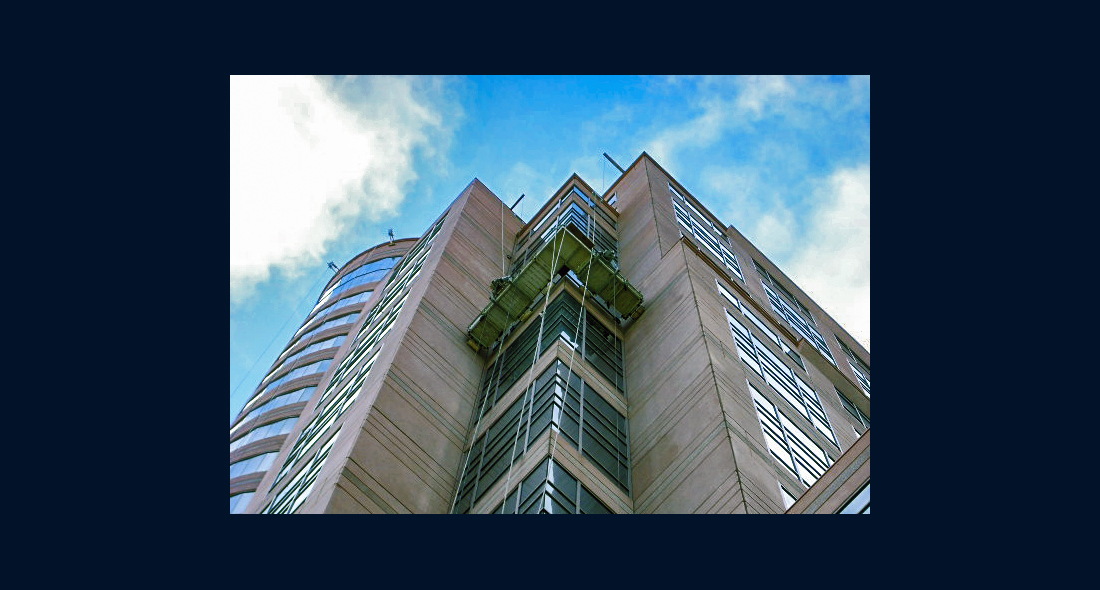 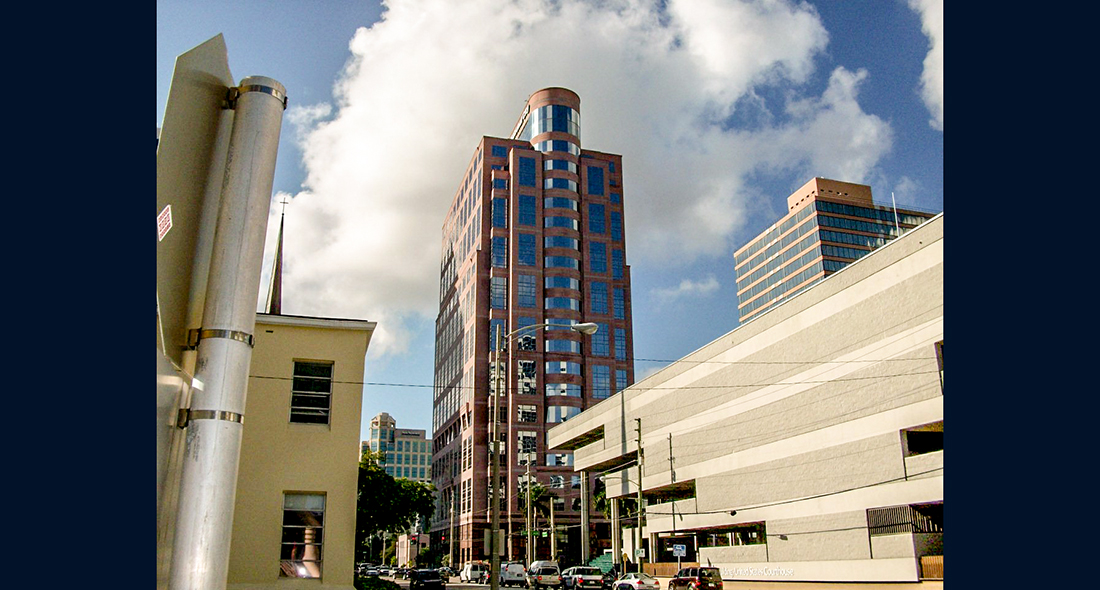 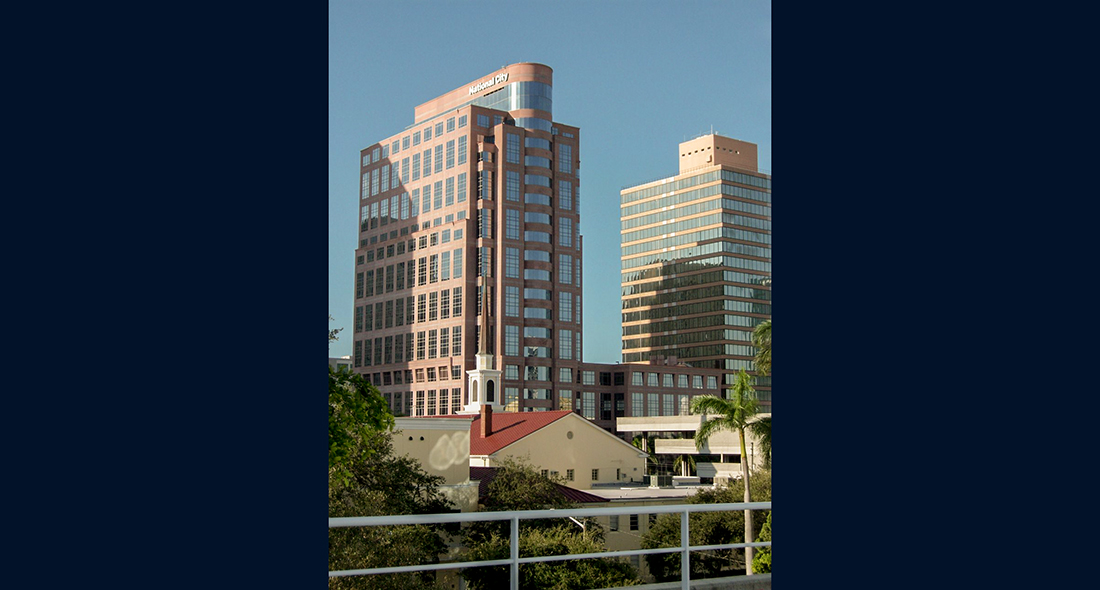