The helipad at Saint Joseph’s Hospital in Denver is used numerous times daily by the medical trauma teams. Severe deterioration to the concrete helipad deck had taken place due to an abandoned heat melt system in the slab. Saunders Construction was hired to remove the deteriorated slab and heat melt system and replace the concrete pad. Western Specialty Contractors was selected by Saunders to install a BASF Dega Deck traffic coating system on the new concrete surface.

The system included a primer coat that was impregnated with an aluminum oxide aggregate. The aluminum oxide provides better impact resistance compared to typical aggregates used in deck coating systems. Once the primer cured, a base coat of BASF methyl methacrylate resin was applied. Three different colors were utilized to provide the required markings for the helipad. The base coat was then coated with a highly chemical resistant and durable BASF Dega Deck clear top coat.

The Dega Deck traffic deck system is a multi-layer rapid curing coating material. It is ideal for concrete surfaces subjected to pedestrian and vehicular traffic. Western was able to install the entire system in less than the anticipated time frame because of the fast cure time. The helipad was back in operation sooner than expected. 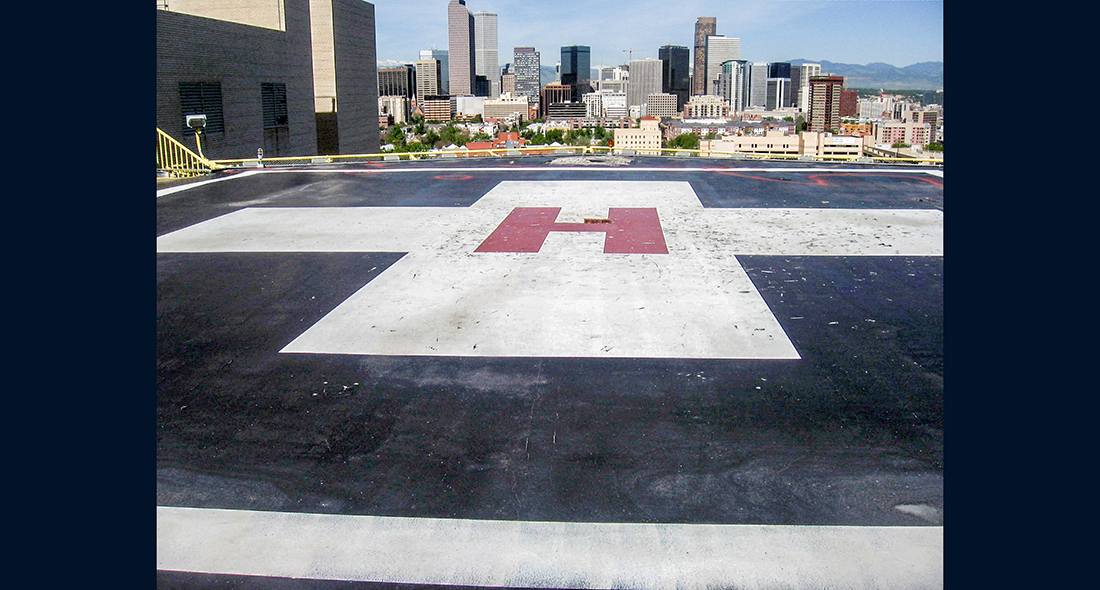 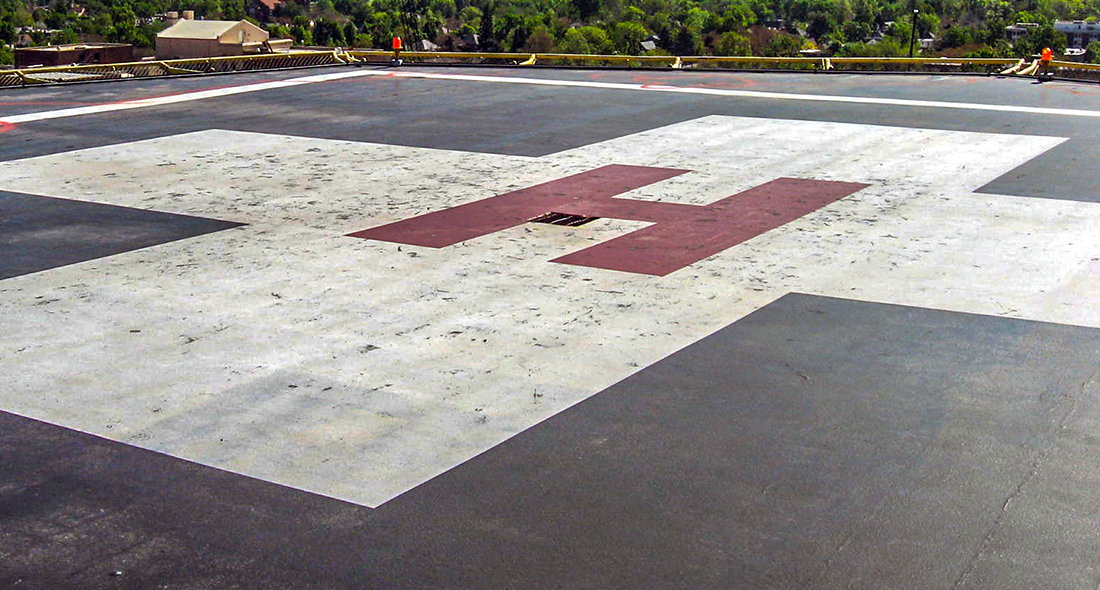 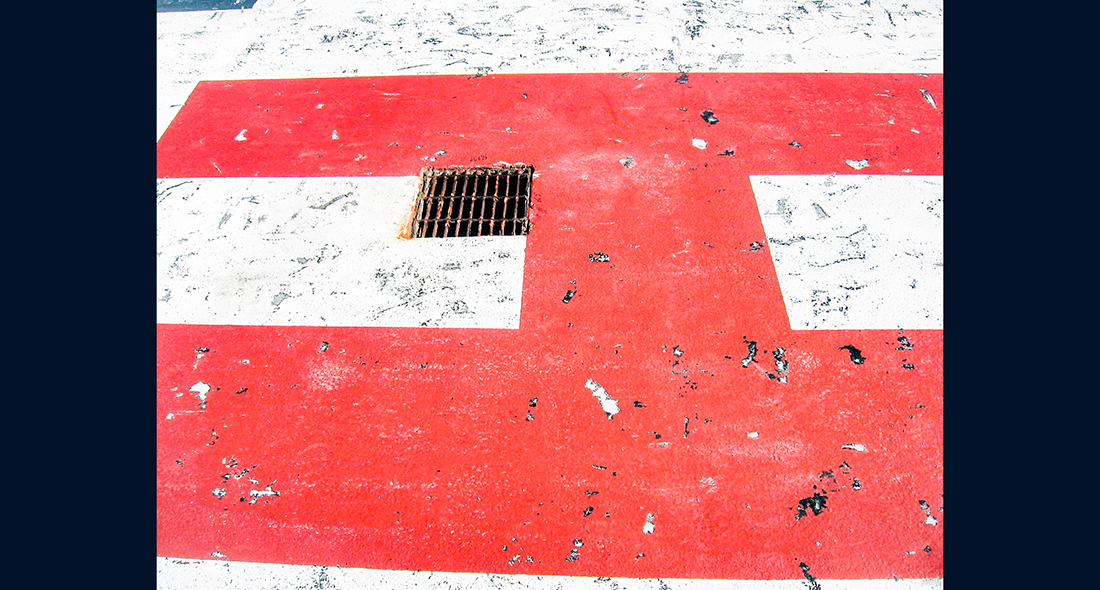 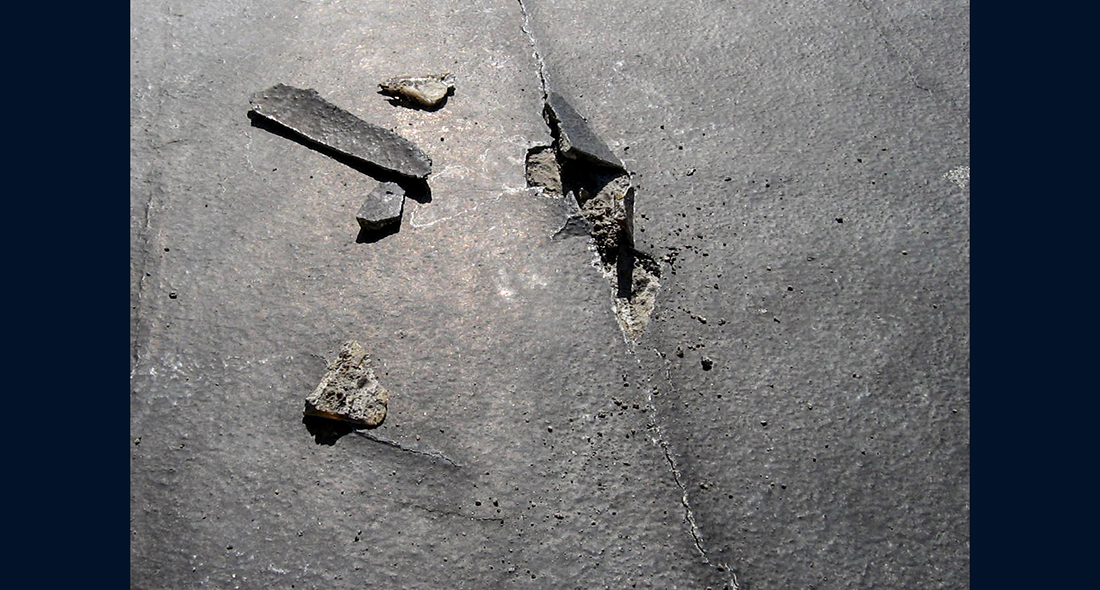 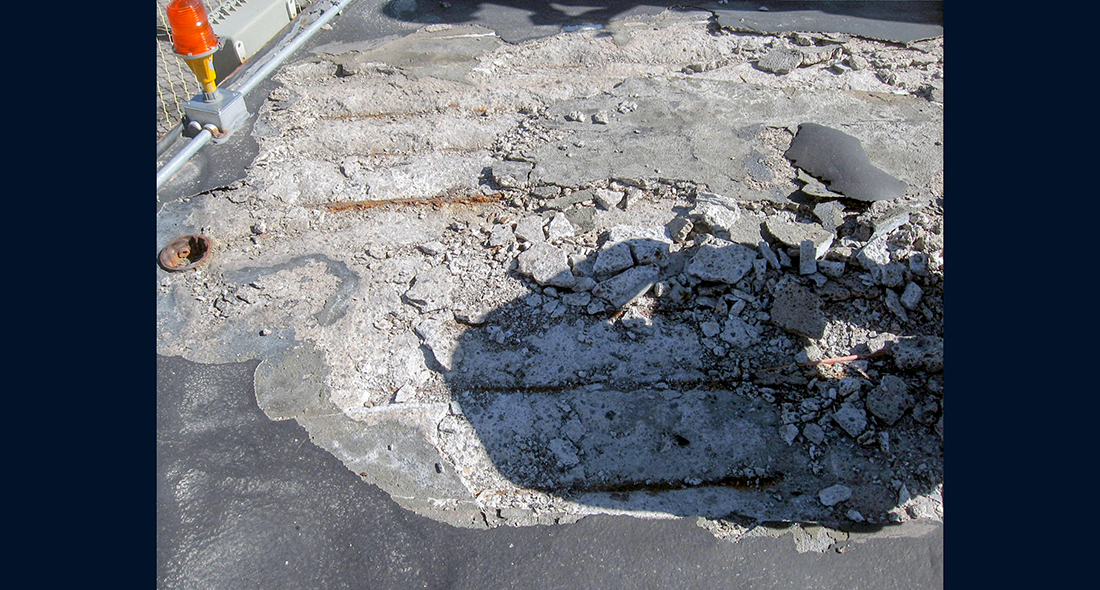 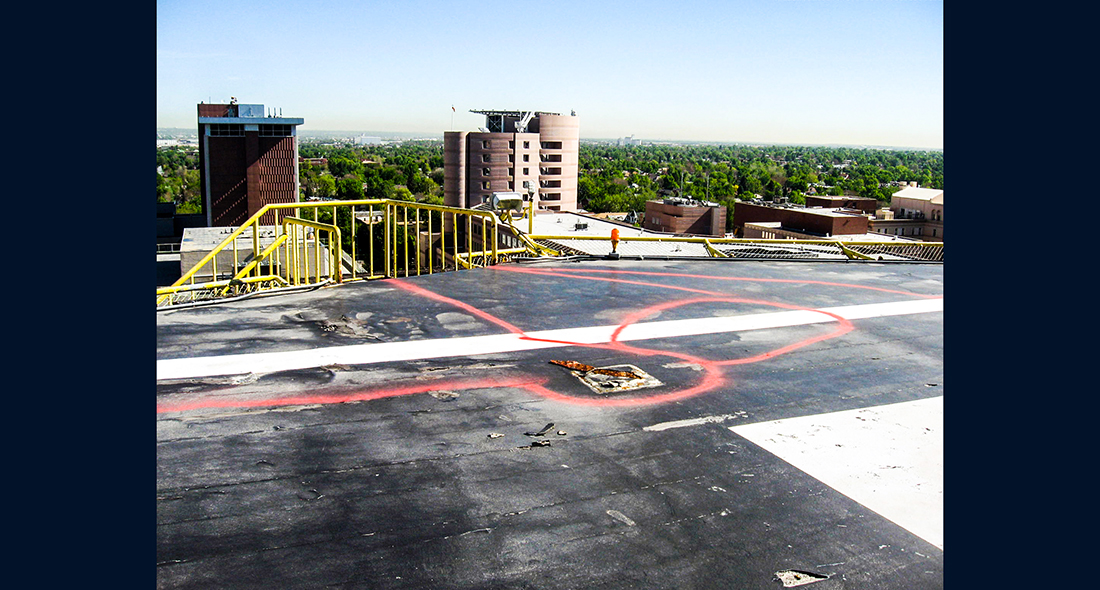 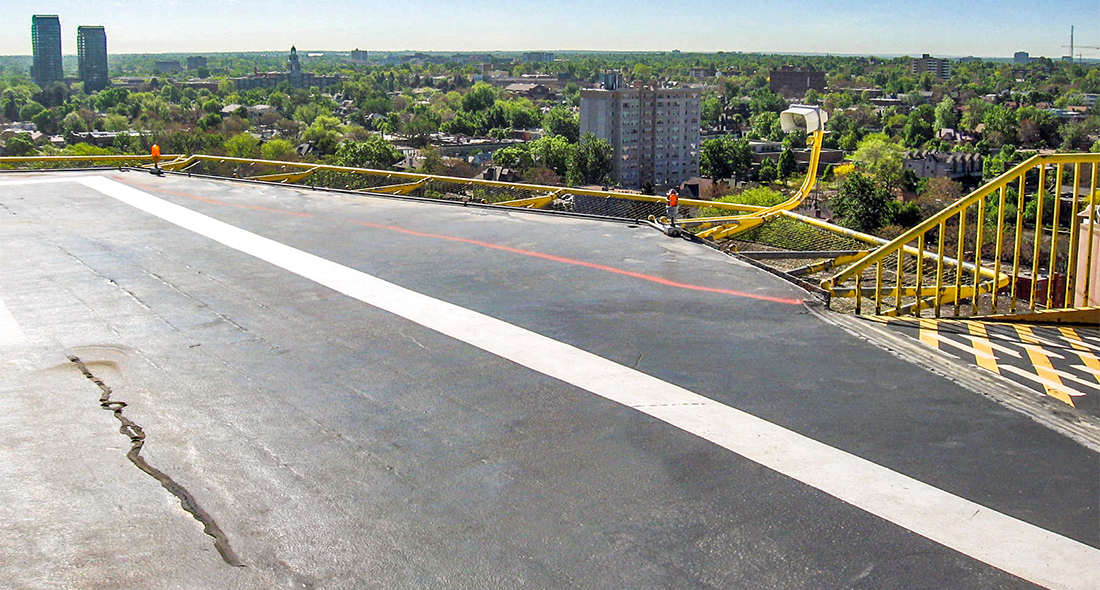 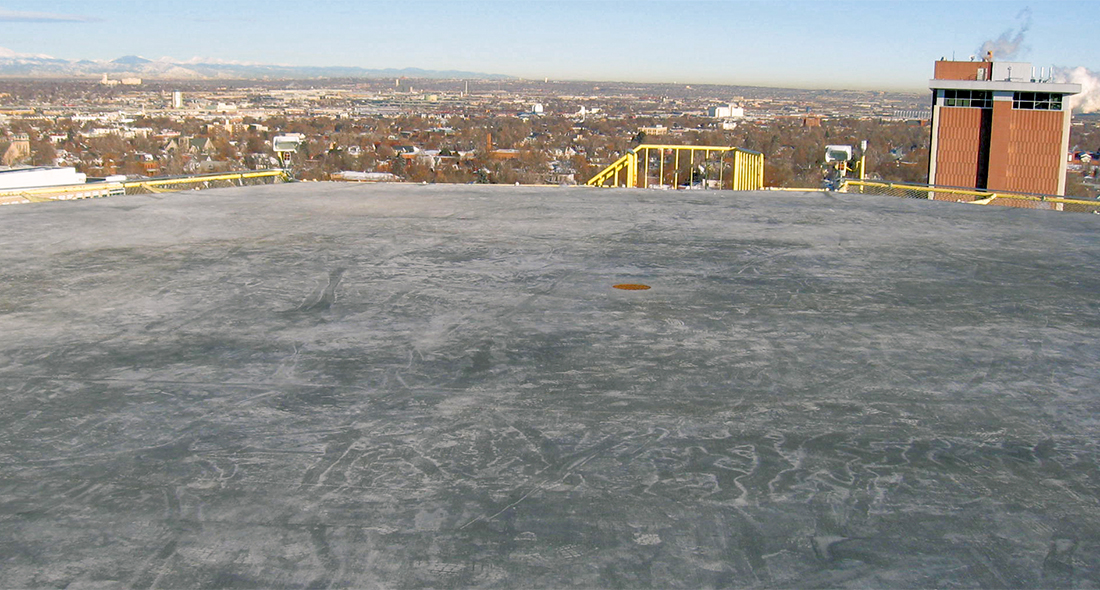 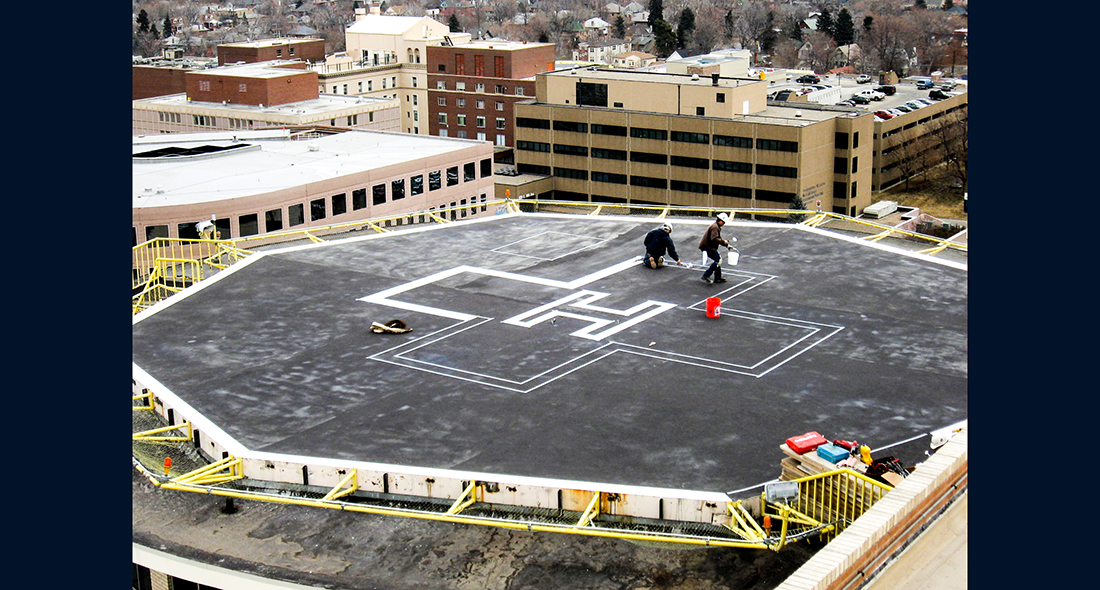 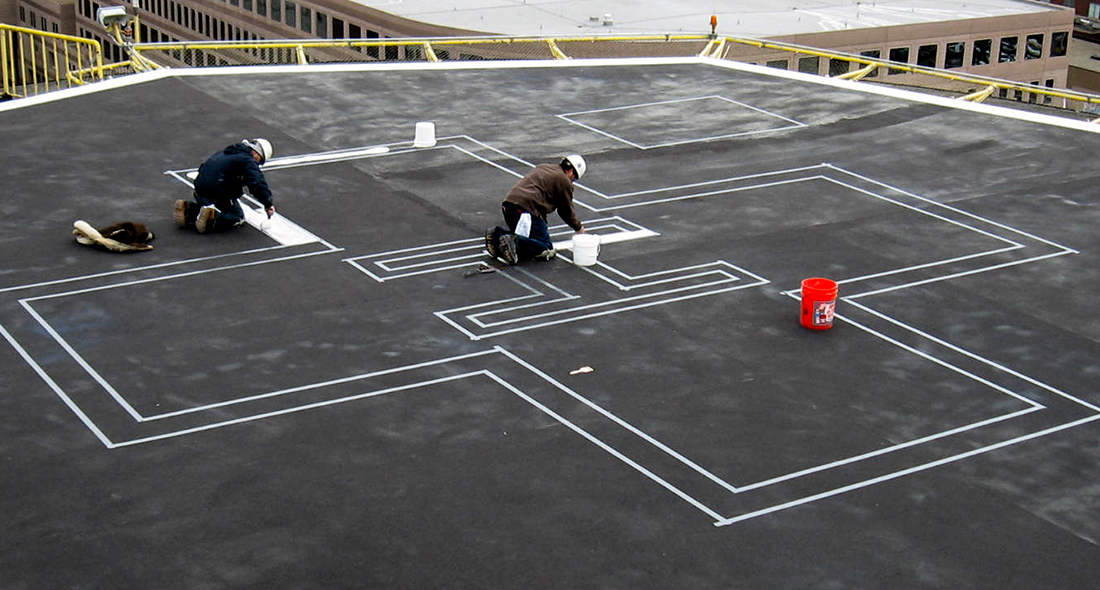 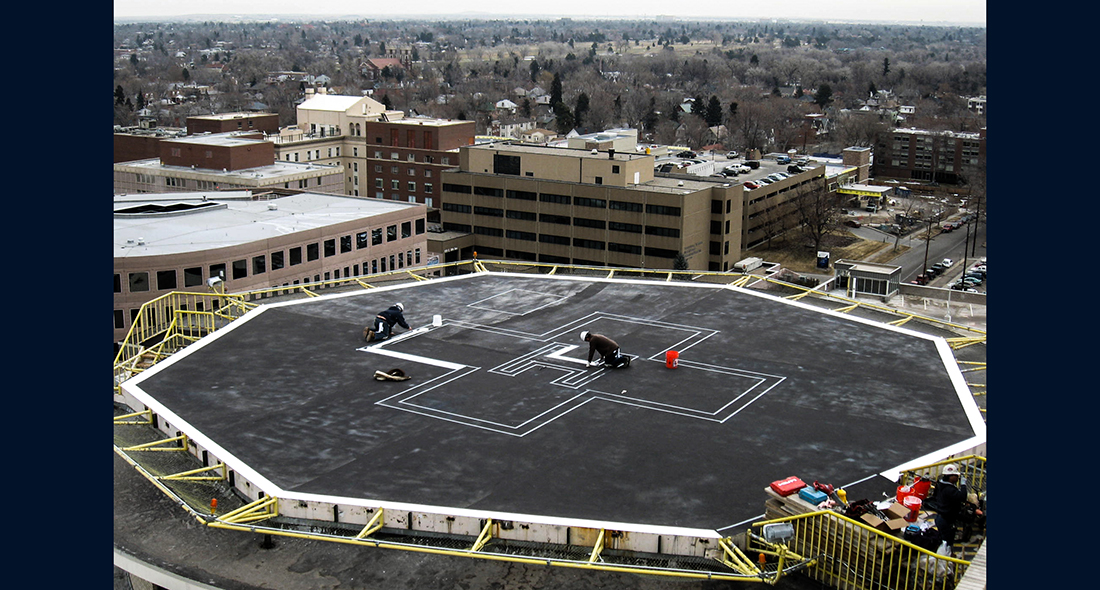 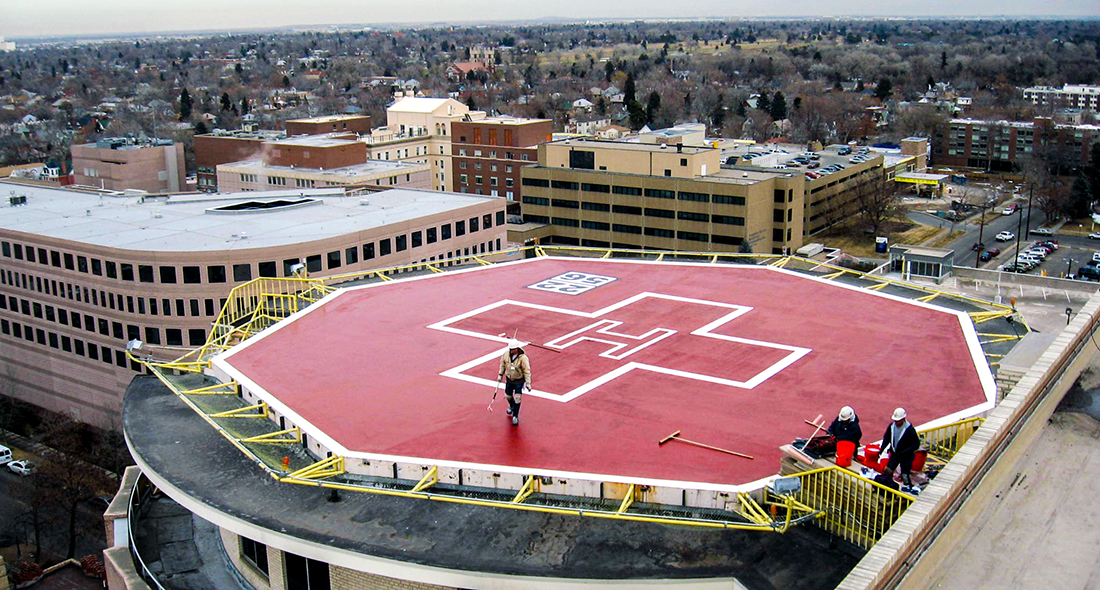 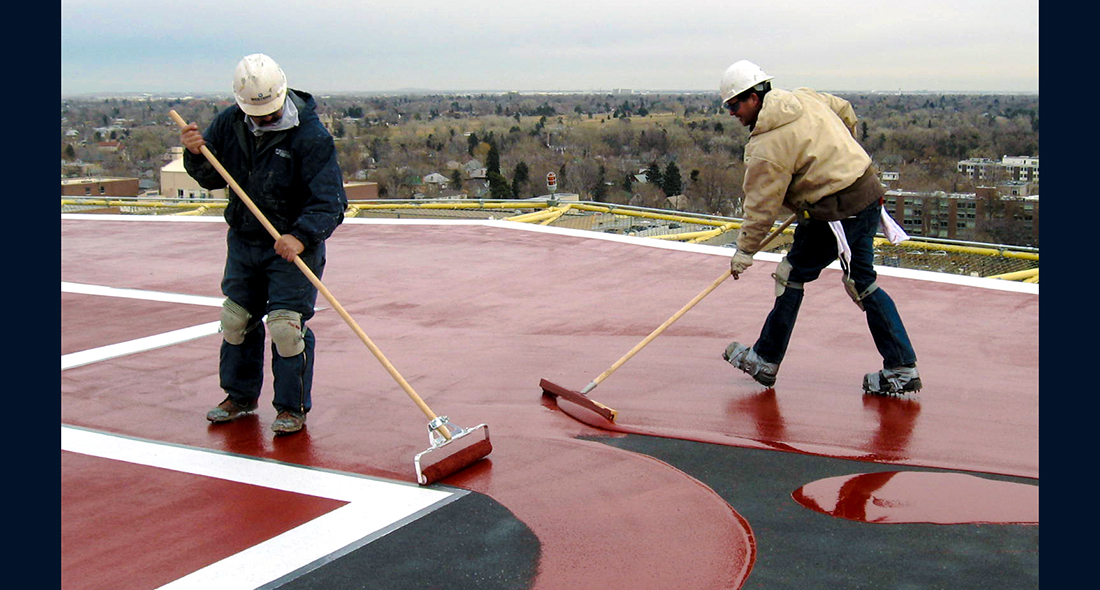 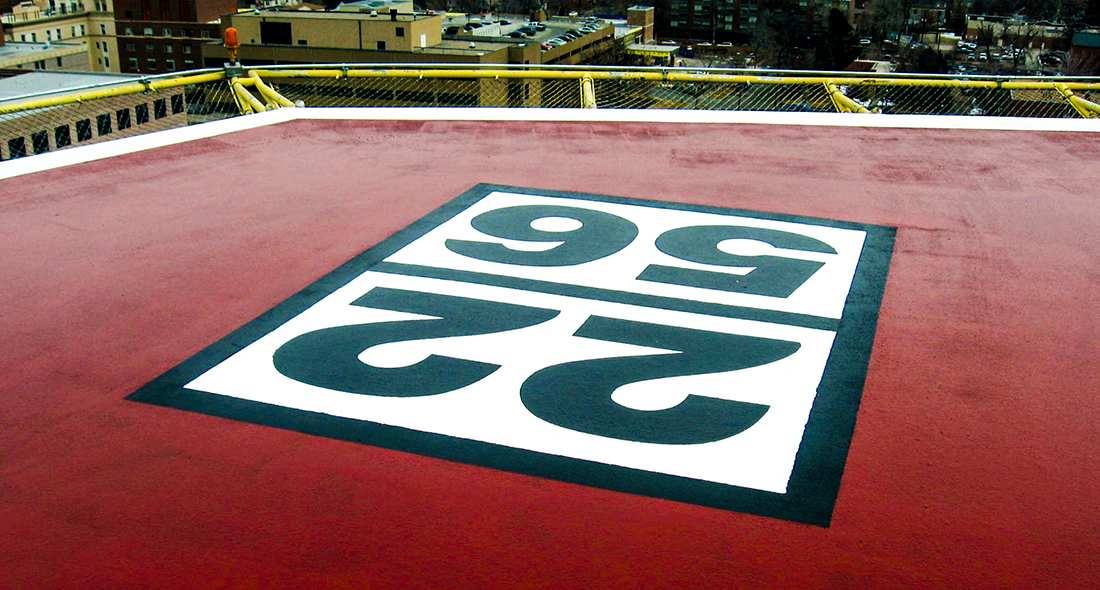 Western Specialty Contractors was contacted to perform numerous repairs at the Country Club Towers parking garage. The work resulted from lack of routine maintenance and corrosion.

Failed sealant along the twin tee control joints, in random cracks, and perimeter cove joints was removed and replaced. The joints were cleaned, primed, and re-caulked with new backer rod and urethane sealant. Abandoned electrical conduits buried in the parking deck had rusted and caused concrete delamination and spalls. These areas were removed and patched using a high grade, fast setting repair mortar. These materials allowed the project to be completed in phases to eliminate long term loss of parking. Repairs were also made to the twin tee weld connection that had broken. The connections were re-welded and patched. A crack along the length of one of the twin tees was repaired by injecting structural epoxy into the crack.

Finally, a three-layer urethane vehicular deck coating system was applied with two coats of sand for maximum skid resistance. This was completed in a single phase. 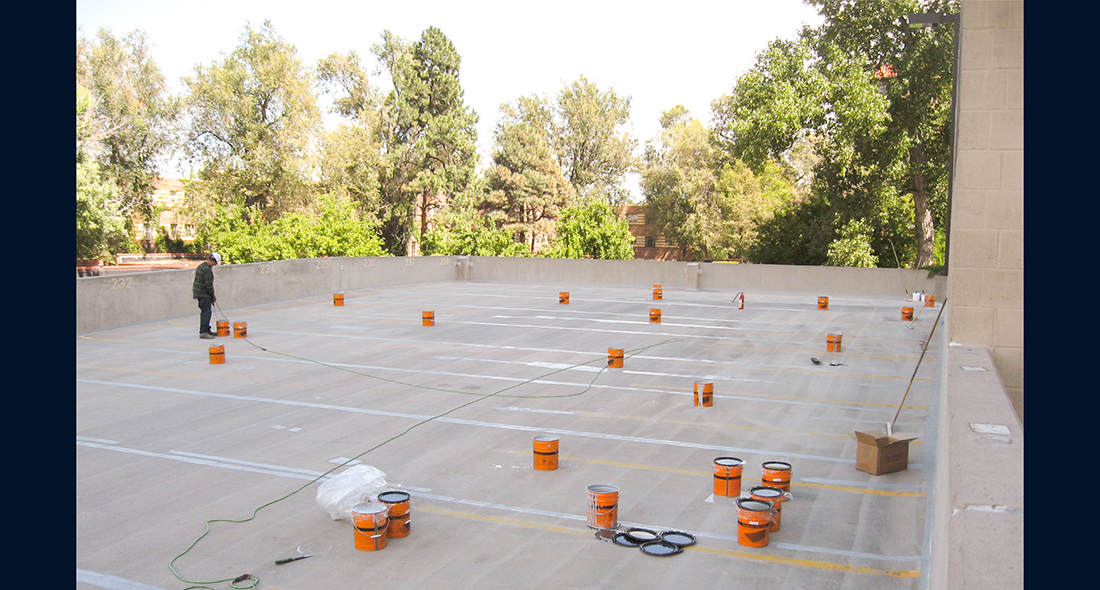 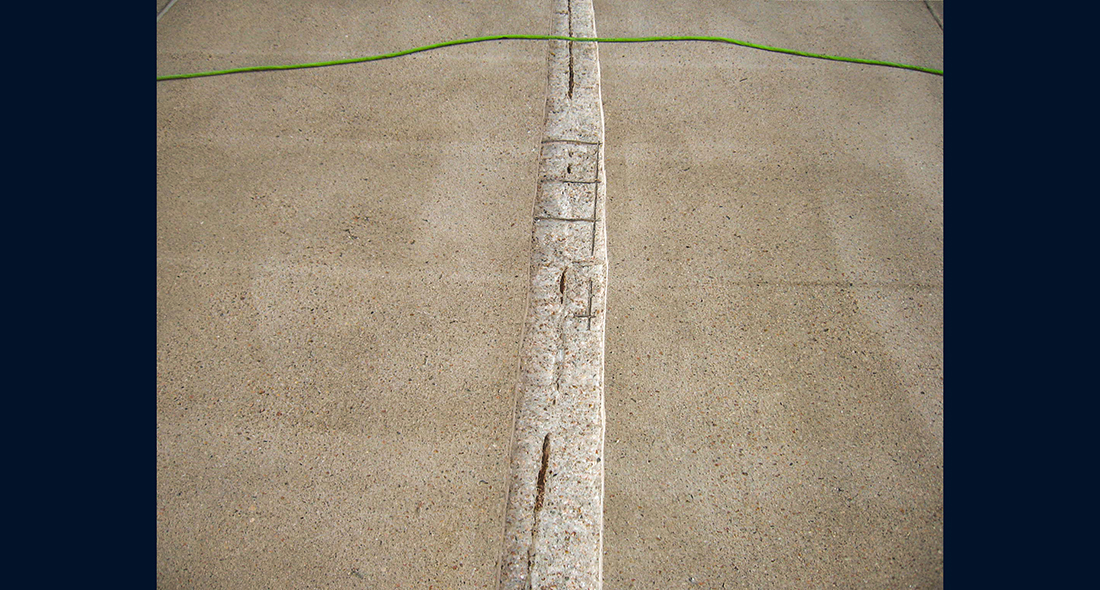 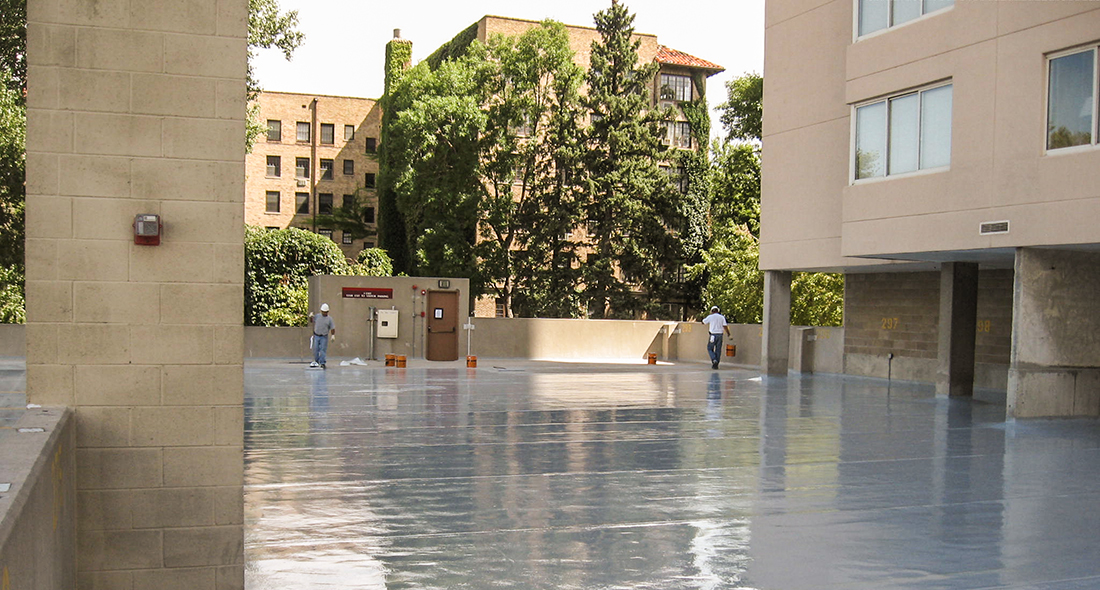 Western Specialty Contractors was contacted to repair breezeways at the Flats and Town Homes at Vantage Pointe. The existing breezeways suffered from poor drainage and held water. This caused the floor to be a constant slip hazard.

First, Western removed the coated concrete toppings at six breezeway locations. This was replaced with a new lightweight concrete set at proper elevations to help drain water off of the breezeways. New drip flashing was installed directly along the breezeway perimeters. An uncured neoprene rubber flashing was installed on top of the new flashing prior to coating. A dual component fast cure urethane coating was applied to waterproof the breezeways. The coating was seeded to refusal with 16 mesh silica sand for a heavy exposed aggregate finish which provided added protection and texture for ultimate slip resistance.

Because the project was a residential complex the work was strategically scheduled to minimize inconvenience to residents. Specific breezeways were closed and a strict schedule was maintained to ensure the project completion date.

Western Specialty Contractors' Denver branch was contacted to repair the Fooses Flume at the Salida Hydro Plant. The project called for concrete repairs to the flume floor running from the reservoir to the hydro power plant.

Soon after initial demolition of the flume floor, a snow storm halted the project. The proceeding snow run off caused the reservoir to raise, flood, and to freeze over the excavated concrete hole. The snow storm cost valuable time on an aggressive project schedule. Despite the set back, Western was able to meet the project deadline.

Western Specialty Contractors was contacted by Crown West Realty to renovate an existing plaza deck at 501 South Cherry Street. The plaza was in need of structural repair as well as increasing its aesthetic features.

A floating paver system was installed on the deck to allow water to pass between pavers to the membrane and migrate to the drains in the deck. Landscaping was installed allowing the building tenants to enjoy a vastly improved plaza area while increasing the attractiveness of the building overall.

Western Specialty Contractors has completed a number of projects for stadium management over the years. They have served as a primary contractor for concrete, coating, and expansion joint work at Sports Authority Field at Mile High (formerly Invesco Field) in Denver, CO.

The expansion joints had to be re-designed and re-constructed. Western had to install seven joints per level (three levels) and the work had to be completed before the first game of the season. The project was finished with a week to spare.

Additional work at the stadium has been scheduled in the near future. 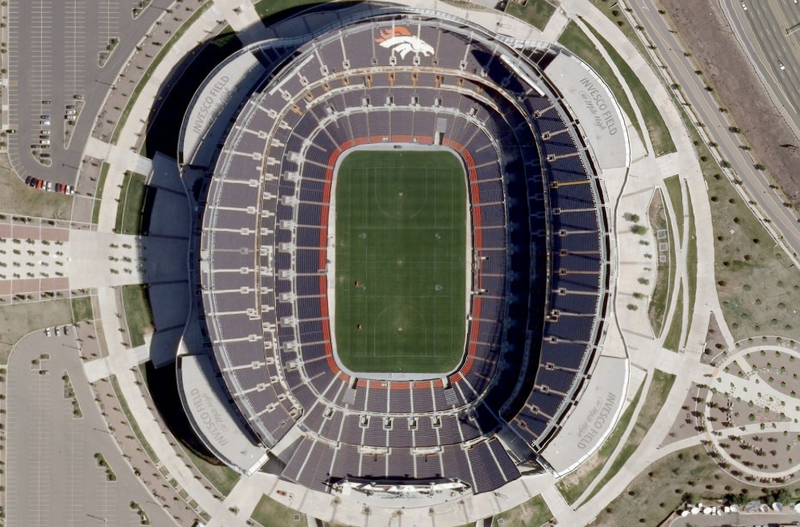 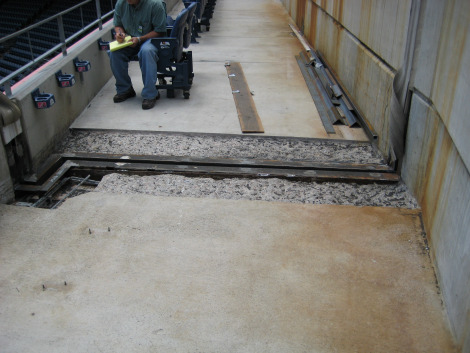 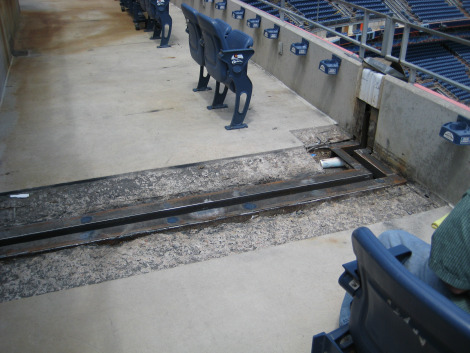 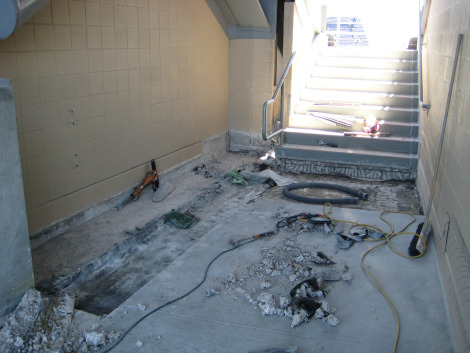 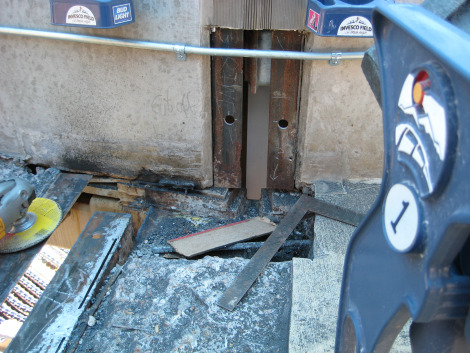 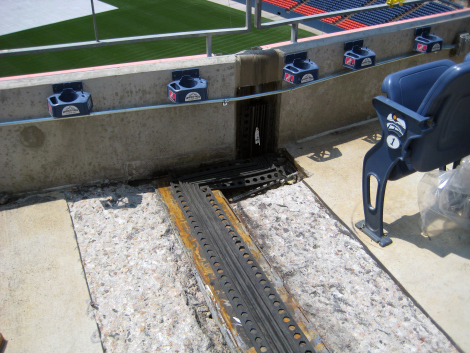