Wyndham Resort Tower Four is a 14-story high-rise located on the Atlantic Ocean in North Myrtle Beach, SC. The building has swimming pools, spas, a “kiddie” pool, and several planters located on the fifth floor of the building. They were all leaking into the parking garage directly below. The entire concrete slab, concrete pool shells, and landscape materials were removed to expose the existing structural slab and a new waterproofing system was installed. New bi-level drains were installed in the pool basins and at locations in the slab prior to the application of the new waterproofing system. The new pools, spas, and “kiddie” pool were installed, and a new decorative concrete topping slab placed. The planters were re-landscaped and the playground was reinstalled with new safety surfacing. The project was completed in six months while the building was in use. 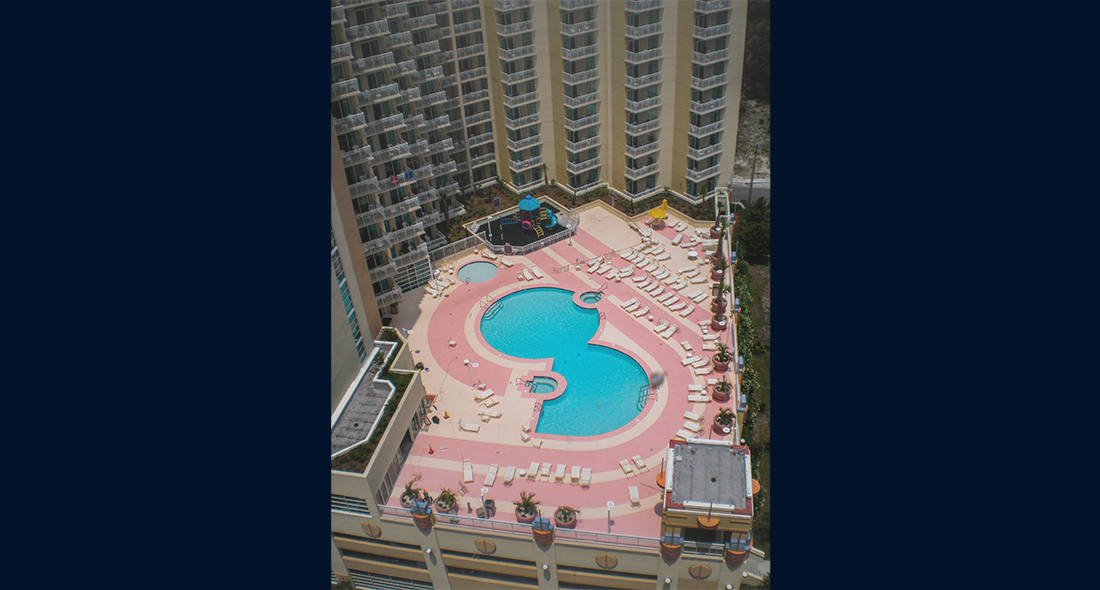 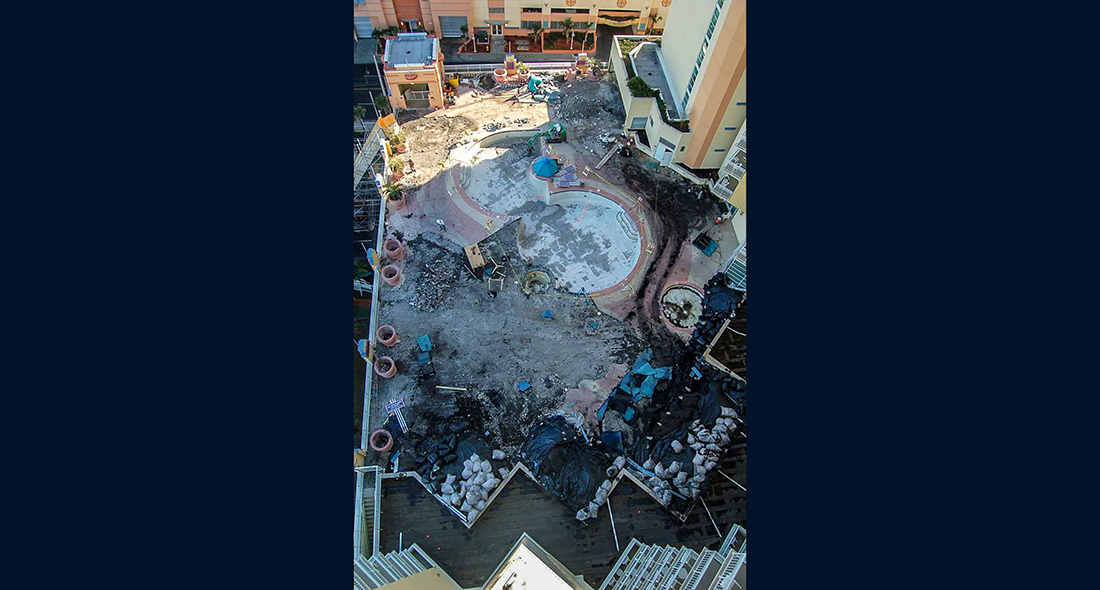 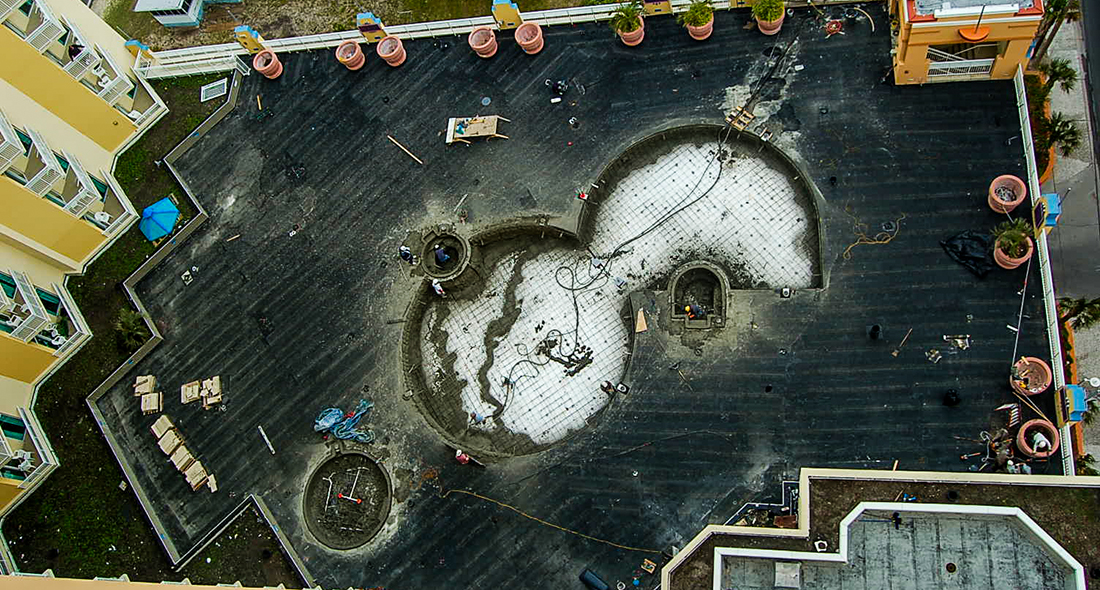 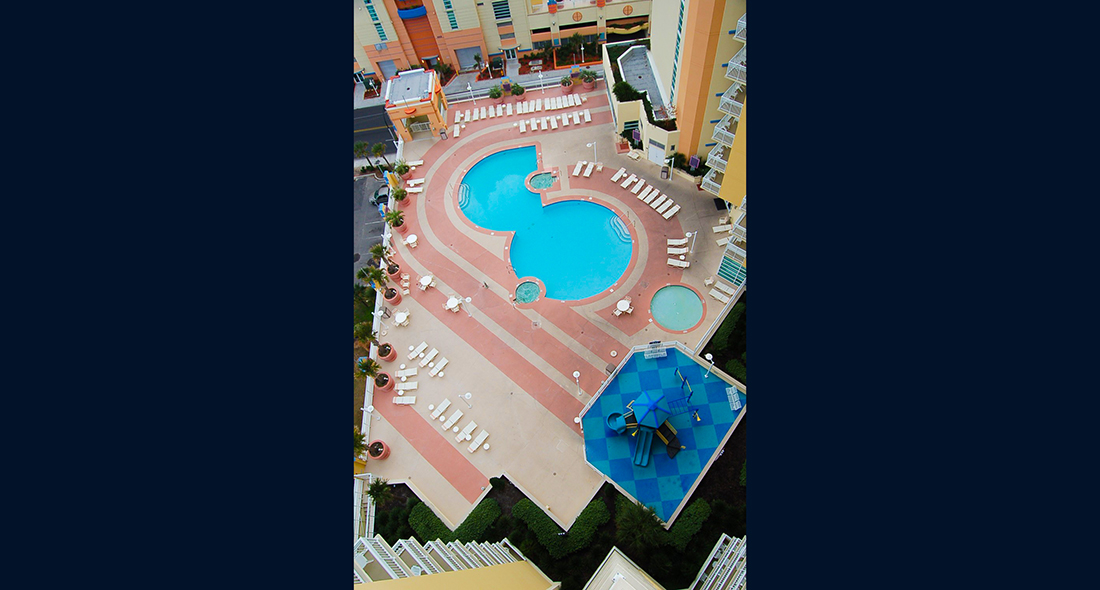 Western Specialty Contractors was contacted by Mr. Glenn Mack of Lexington Medical Center to review and discuss the exterior sealants and coatings on the original high rise portion of the hospital. The existing urethane sealants were failing and the concrete and EIFS coatings were chalking and staining the adjacent brick masonry. Mock-ups of new silicone sealants and coatings were installed for the owners approval prior to mobilization.

All exterior sealants were replaced with new silicone sealant and the existing coating was prepped to receive new silicone elastomeric coating. The entire facade was cleaned and a clear water repellent was installed. 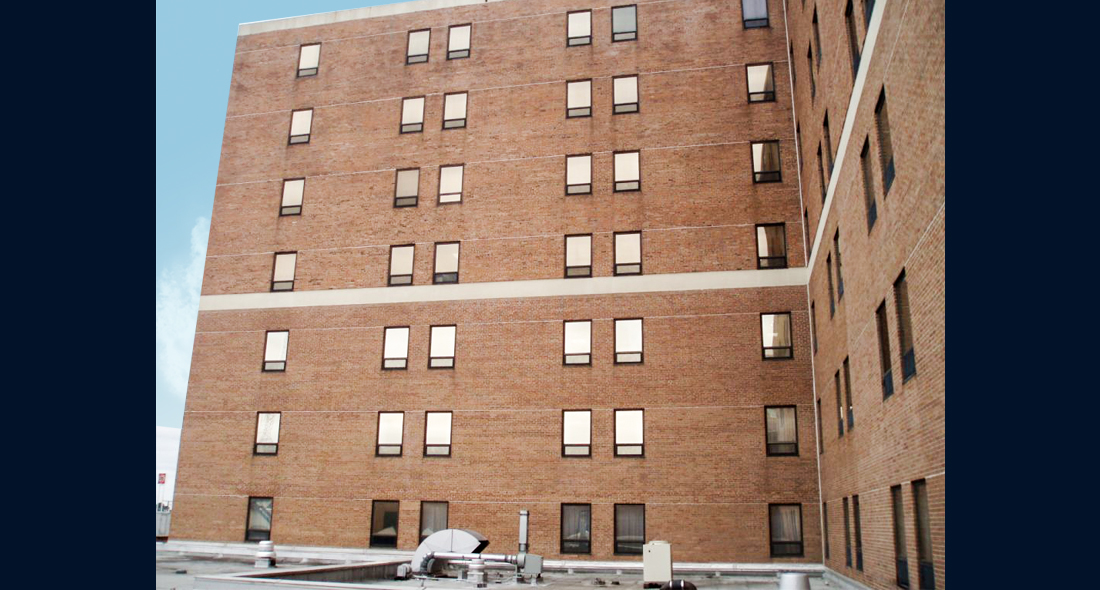 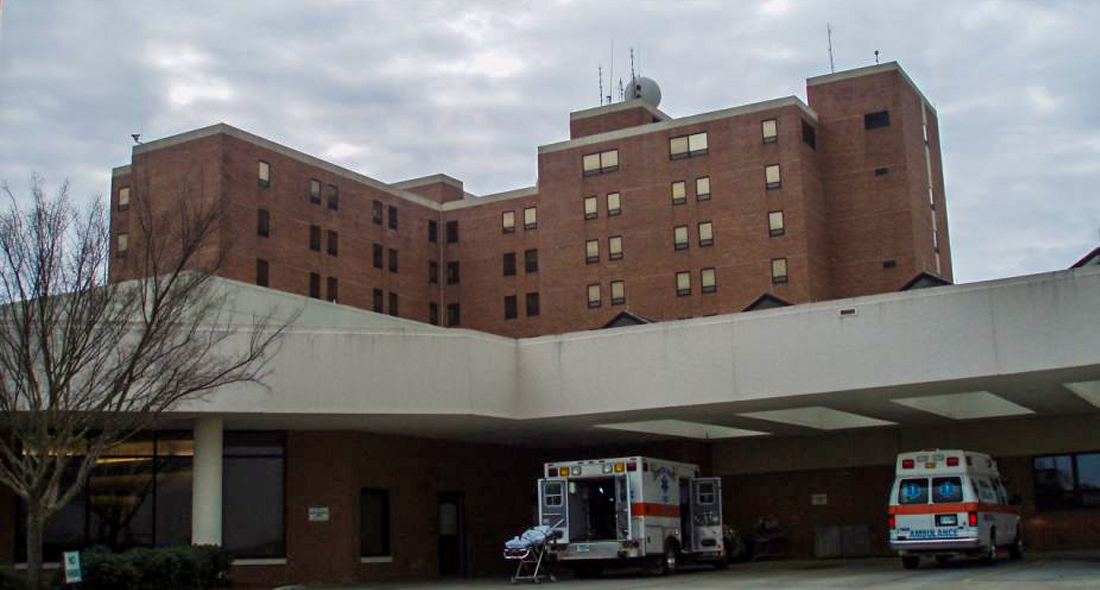 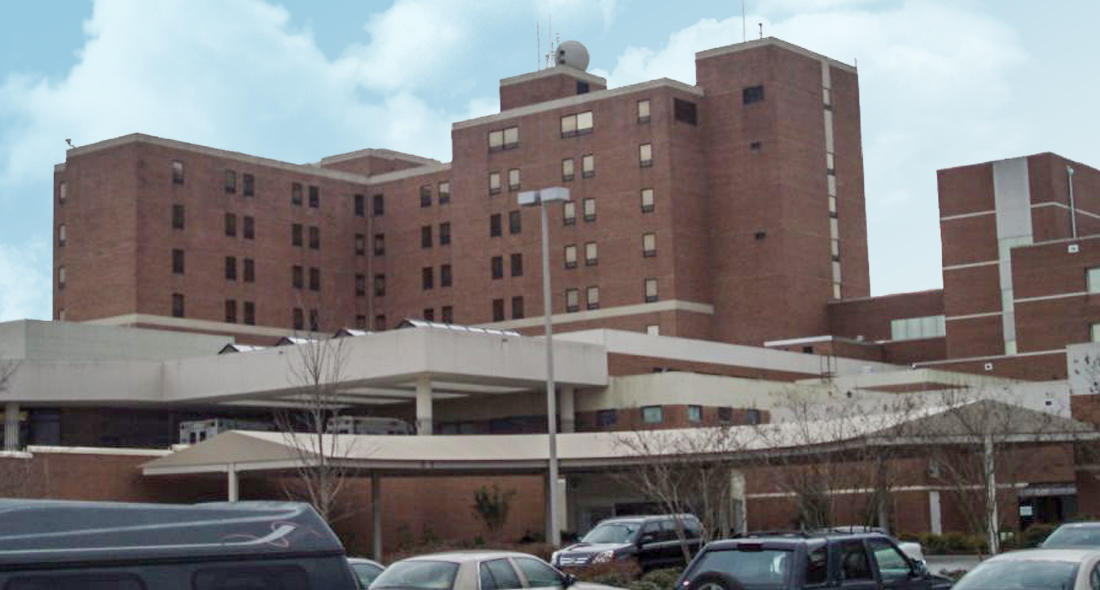 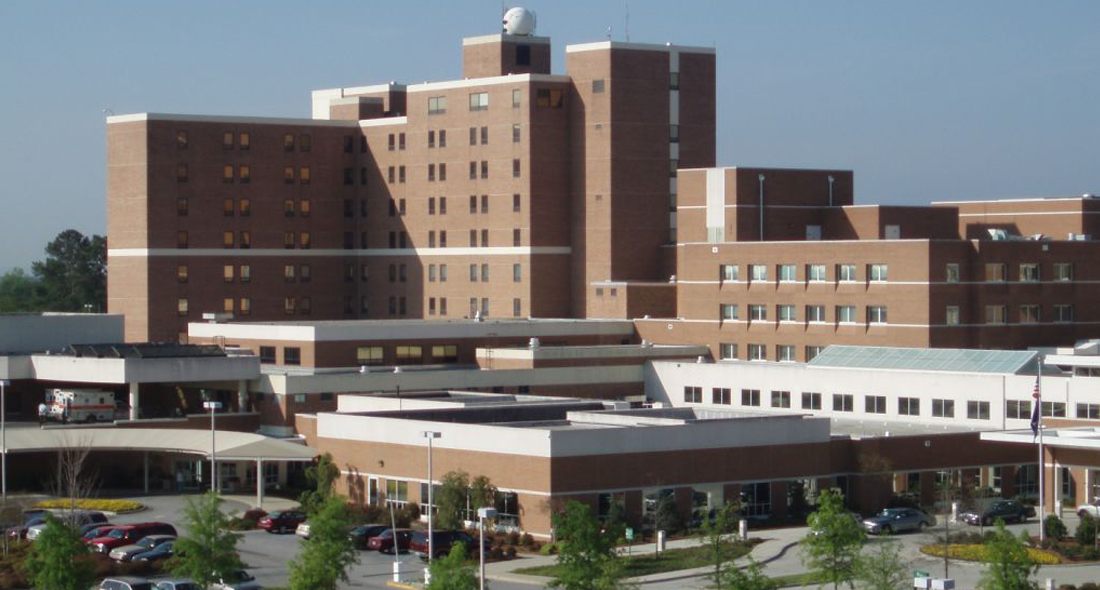 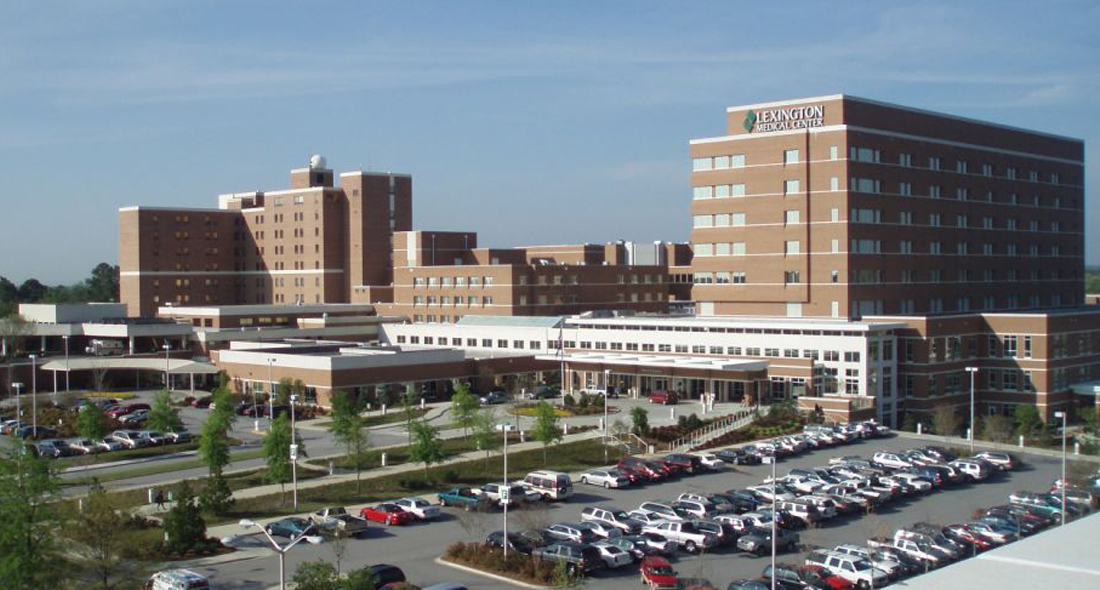 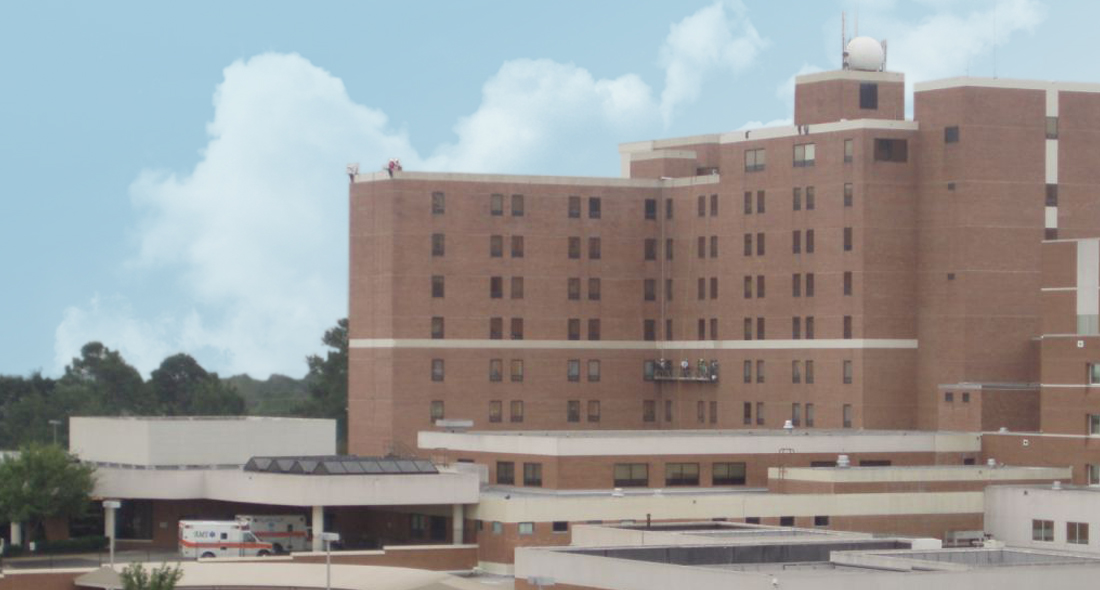 Western Specialty Contractors' Charlotte branch worked with Roof Engineering, Inc. to solve some exterior building issues at the Caroline Love Myers Building in Charlotte. The building had numerous water leaks, most of them located beneath the two clearstories on the main roof.

Phase one of the project consisted of the installation of through wall flashing at the two clearstories. The new system consisted of a peel and stick membrane with a sheet metal extender and drip edge. The exterior wall is a concrete block veneer. All windows and frames in the clearstory walls were removed and new sheet metal pan flashing was installed at these locations.

All steel lintels above the windows were reflashed and given a new coat of epoxy paint. The windows were reinstalled and their perimeters sealed with silicone sealant. New control joints were cut into the block wall where required and filled with silicone sealant. The existing control joint sealant was also removed and replaced. Numerous blocks in the wall were cracked and had to be replaced. Once the work was completed, the walls were cleaned and sealed.

Phase two of the project involved removing and reworking block at the buildings front entrance. One course of block was originally installed hanging below the bottom flange of a steel “I” beam that spans these areas. Over time, water had corroded the attachments of this “hanging block” and large cracking was visible at the joint location. The bottom course of block was removed and a steel plate was welded onto the bottom flange of the beam. The block was relaid and tied into the beam with ties welded to it, thus eliminating the “hanging block.” 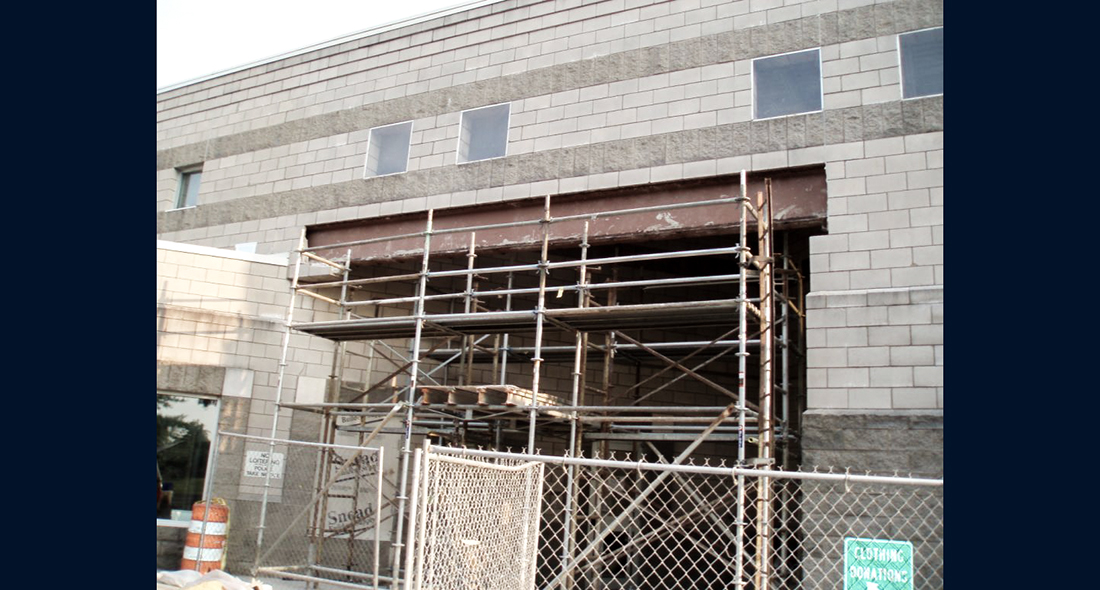 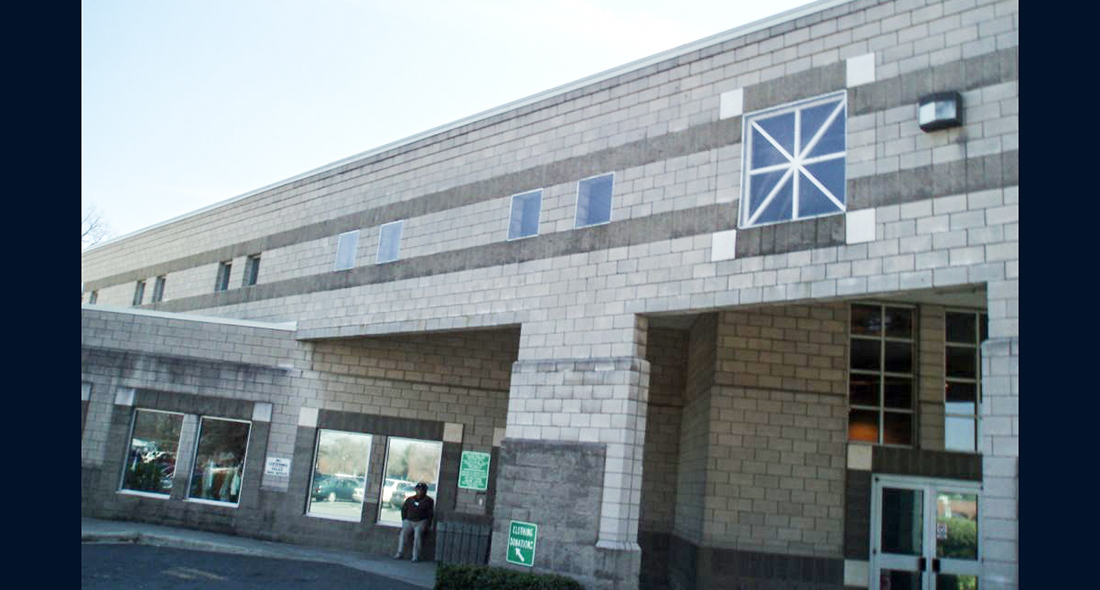 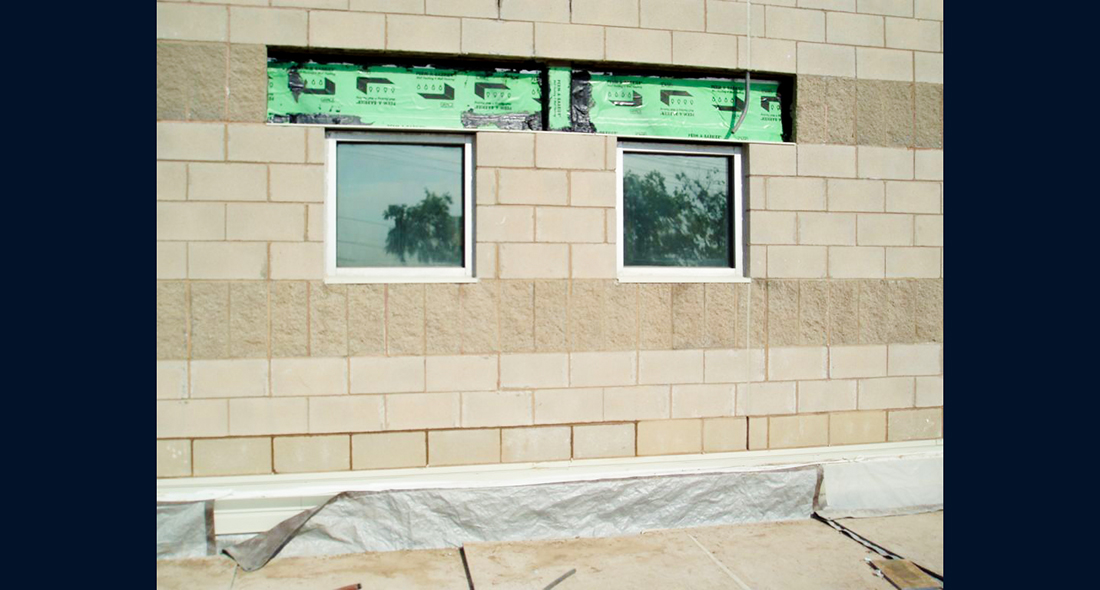 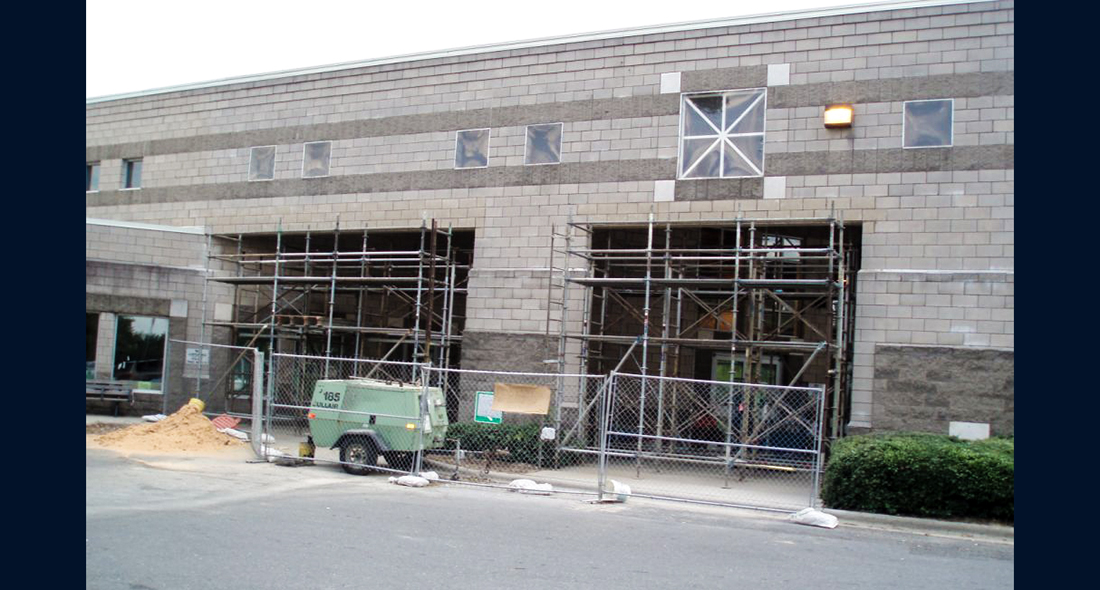 For the 18th year in a row, U.S. News & World Report has named Duke University Hospital one of the nation's top hospitals. the full-service tertiary and quaternary care hospital is licensed for 924 beds and is located on the dynamic Duke University Medical Center Campus in Durham, North Carolina.

With sealant repair complete, the building's skin was cleaned and prepared prior to application of a protective hybrid acrylic coating.

Timely conclusion of the eight-month Bedtower project marked the start of the second phase of a two-year repair effort. The focus this time is on the Ancillary Buildings connected to the Bedtower by the elevator core. Exterior repair of the Ancillary complex, the site of Duke University Hospital birthing suites and physician offices, is slated for completion this fall.

The ongoing relationship between Duke University Medical Center and Western's Charlotte branch is due in great part to a single factor, states branch manager Dave Sturdevant.

“We make things as stress-free as possible. The quality of work we do and the caliber of people like Jeff Childers (foreman), Allan Moore (superintendent) and Jim Anzalone (project manager) assures them things will run smoothly.” 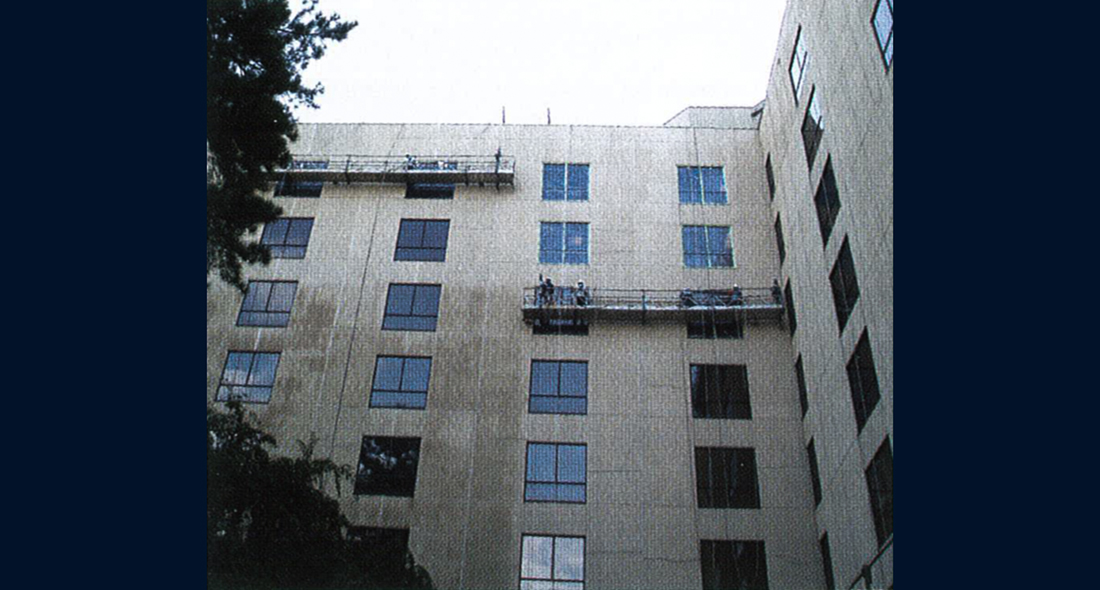 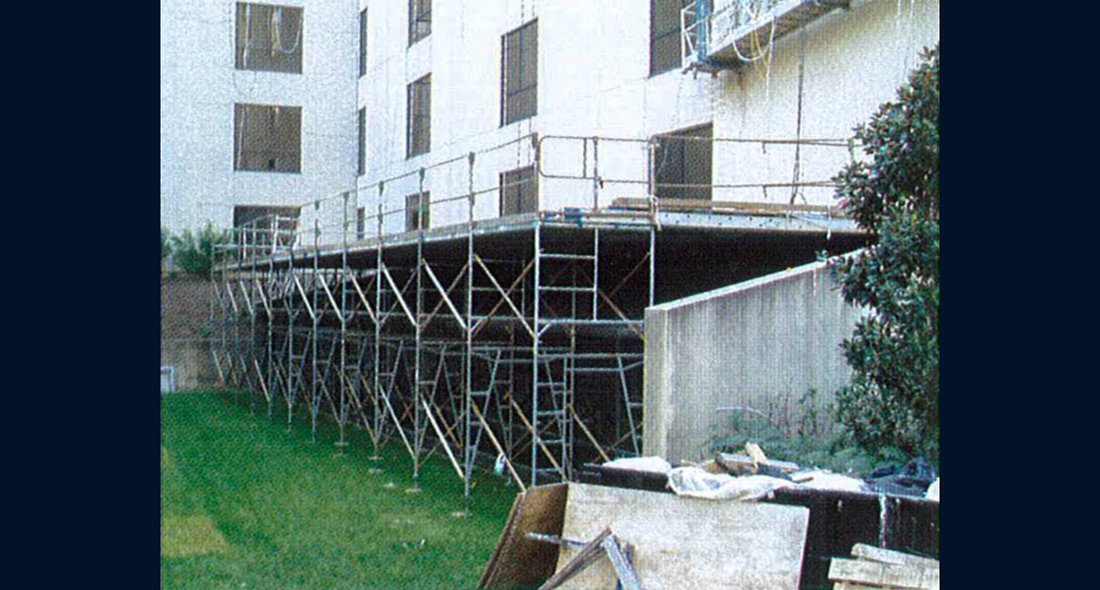 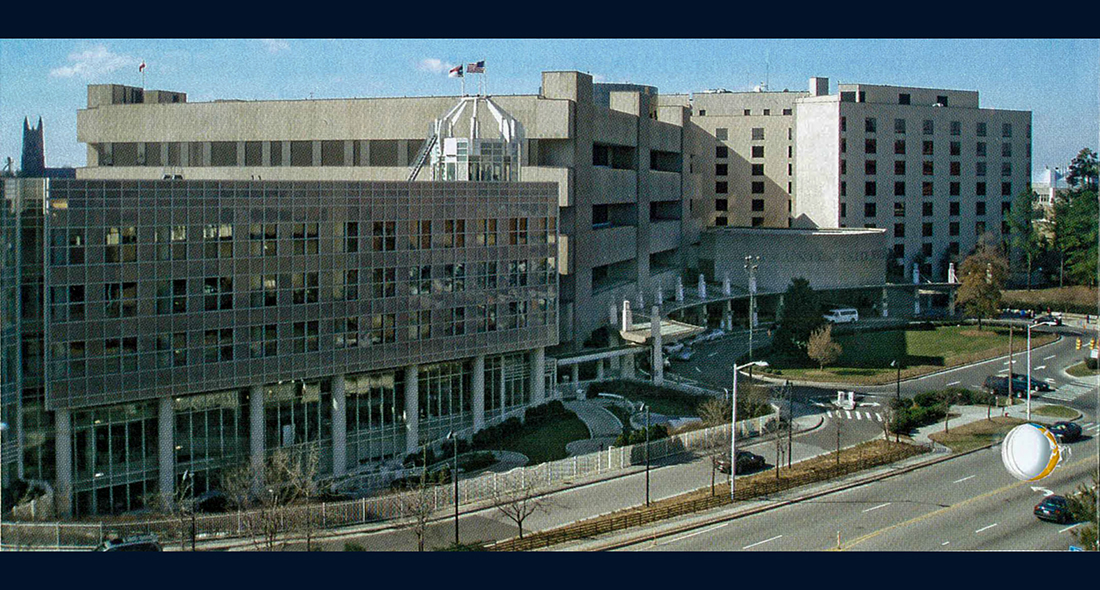 The original Stedman School Building was constructed in 1928. It has been added on to a number of times. As is typical in older masonry buildings, age and exposure to the elements necessitated the repointing of the mortar joints.

Time was the biggest hurdle to overcome on this project. The School Board wanted the work to commence after school ended in late June. The work had to be completed before the students came back in early September. The firm of Thomas Goetz served as the project architect and Western Specialty Contractors was the restoration contractor.

There were several different types of brick and joint profiles to deal with. 100% repointing was accomplished on more than half of the building. The work was completed on time and with no additional charge orders. 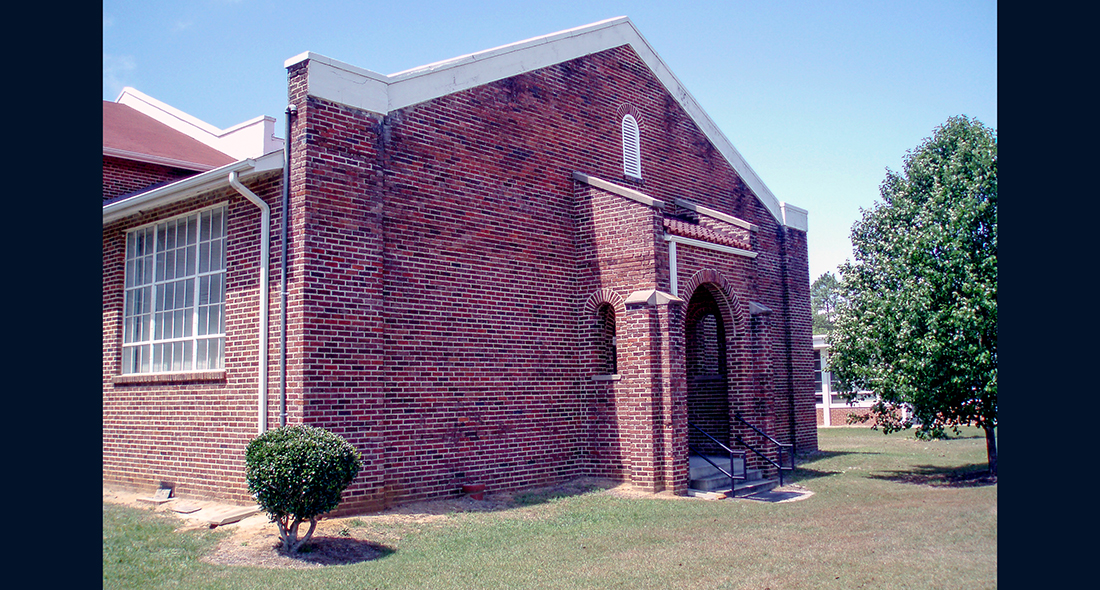 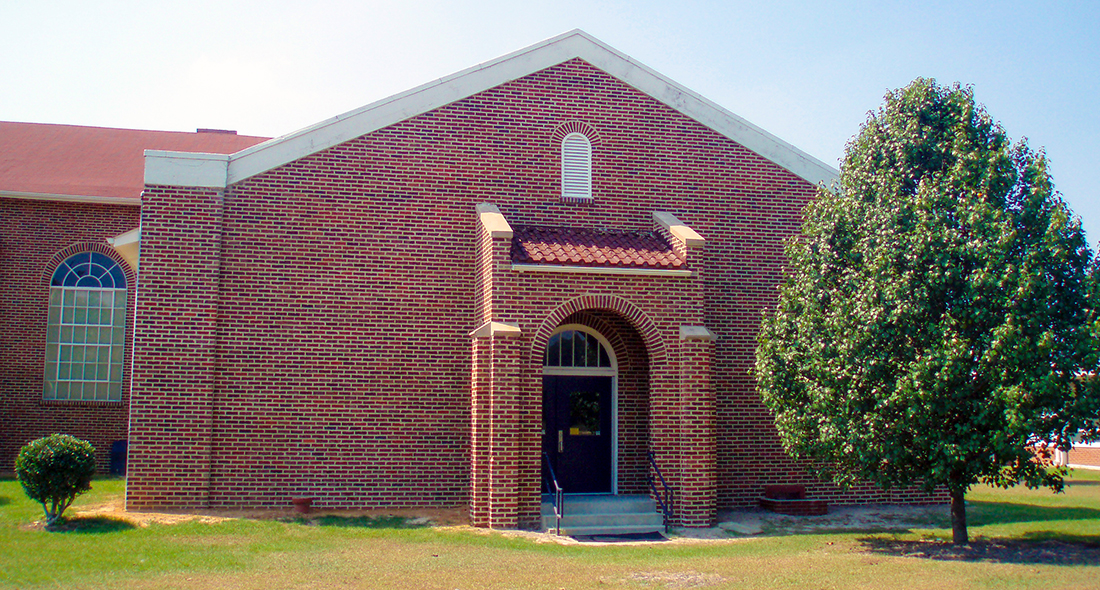 The Table Rock Reservoir is located in a remote part of South Carolina. Exposed to the elements, the control and expansion joints in the spillway had to be replaced. Those joints ran transversely across the spillway as well as two longitudinal joints that ran up each side.

Most of the 2,200 lineal feet of joint that had to be replaced also required new nosing material at the joint shoulder. Western utilized Sika 42 Grout Pak P.T., a three component epoxy mortar to rebuild the nosings of the joints. Sika’s CombiFlex System was used for both the control and expansion joints. 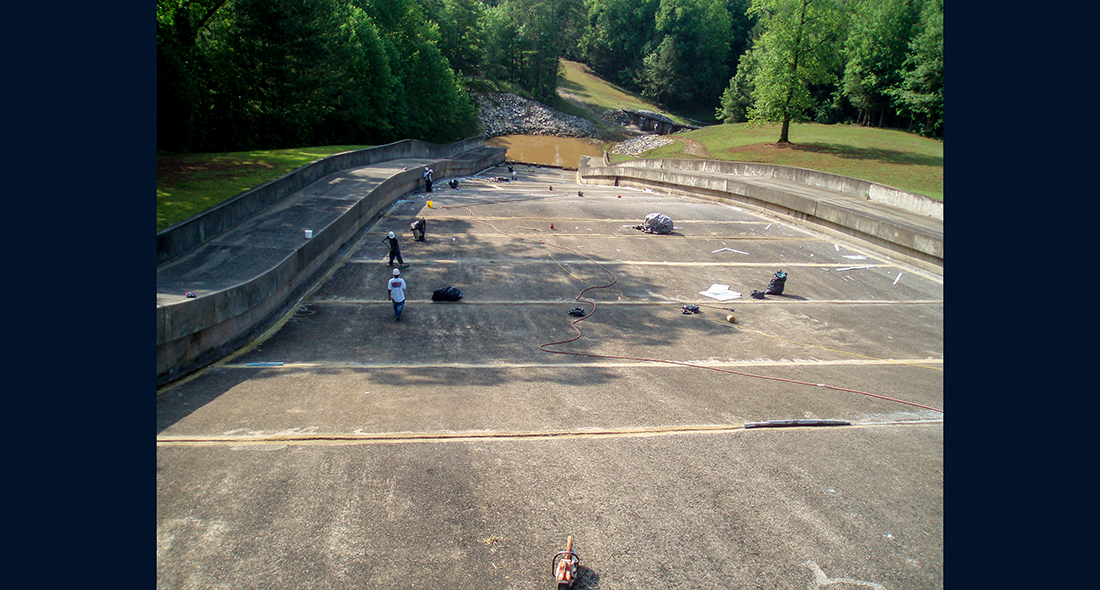 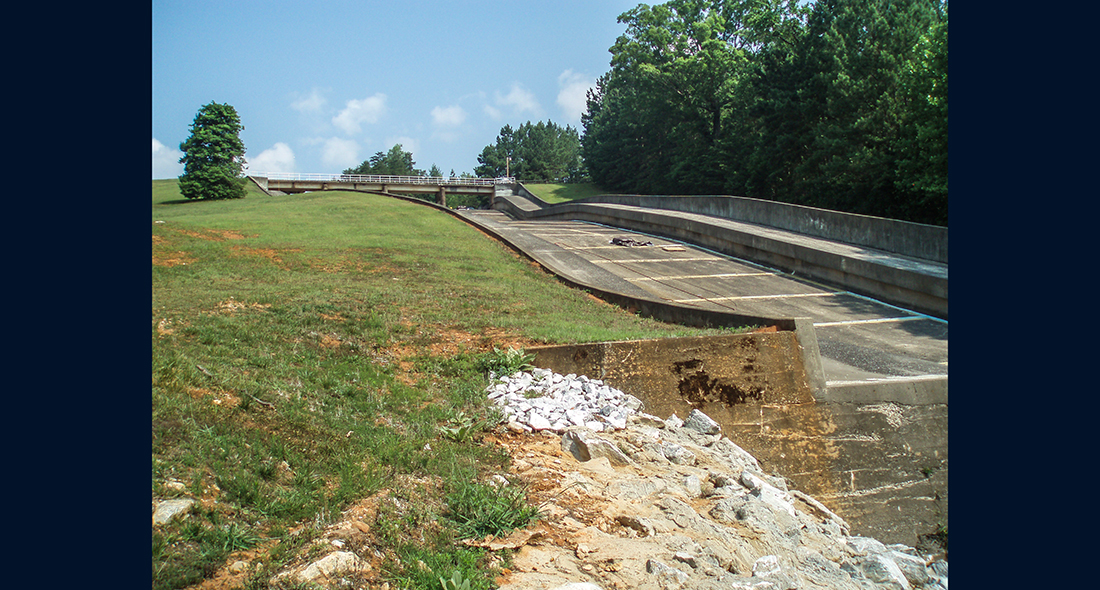 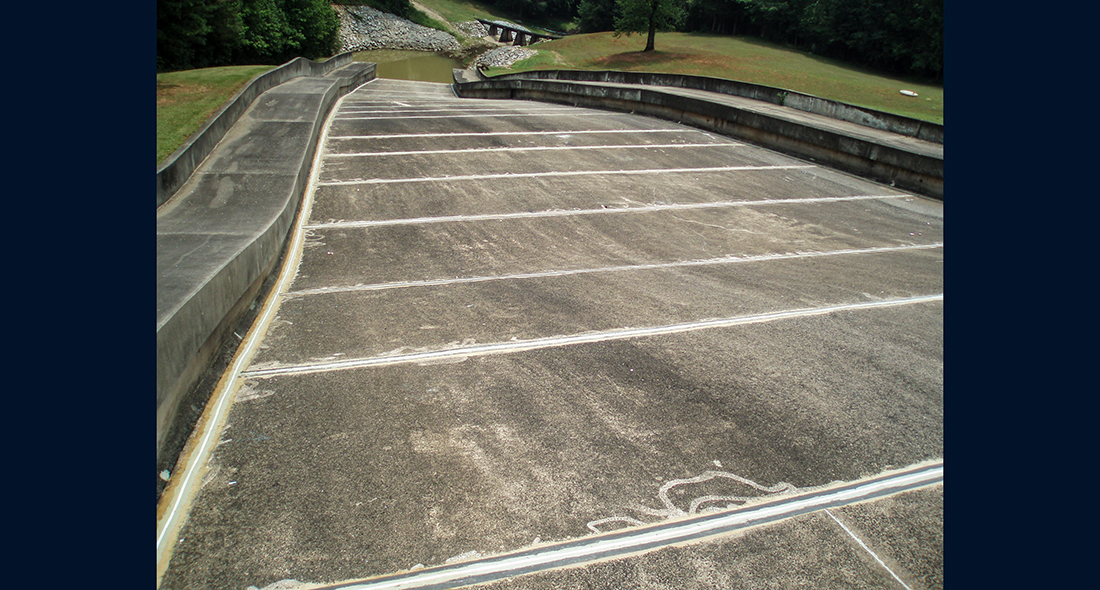 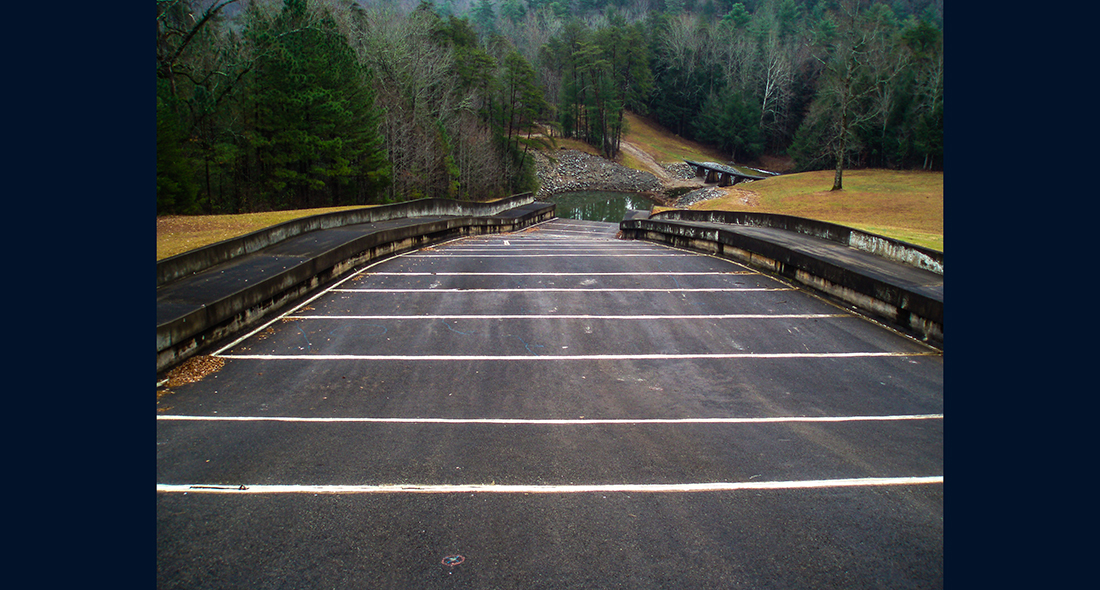