Founded over 100 years ago, Western Specialty Contractors has continued to refine and perfect its innovative techniques in masonry restoration, having worked on some of country's most iconic landmarks throughout its history including the Field Museum of Natural History in Chicago, IL; The Citadel in Charleston, SC;  Martin Luther King, Jr. Federal Building in Atlanta, GA;  Mazza Castle in Pacifica, CA; Shrine of Saint Joseph in St. Louis, MO and One Wall Street Tower in New York, NY, among many others. 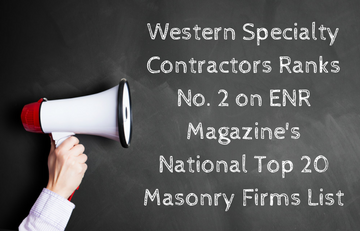