As Region Manager, Berndt is responsible for overseeing the short- and long-term success of the branches within his region and ensuring profitable growth for the company. He will also provide leadership and mentoring as needed to assist the branch offices, ensure accountability of the Branch Managers, work with the branches to develop the local customer market and marketing plans, plus implement any new service offers, among other responsibilities.

Berndt has more than 14 years of construction industry experience. He began his career with Western in 2004 as an Assistant Project manager in the Minneapolis branch office. He took on progressively more responsibilities and was promoted to Branch Manager of the Indianapolis office in 2010 where his office was named “Branch of the Year” two consecutive years in a row. In 2014, Justin was promoted to Senior Branch Manager of the Chicago operations overseeing both the concrete and facade restoration divisions. He will become Region Manager for the two Chicago branches, in addition to the Indianapolis branch.

“Justin has a proven track record of successfully completing some of the most complex, multi-million dollar concrete and masonry restoration and waterproofing projects,” said Rechtin. “He is well equipped to handle any restoration issues during a construction project's conception, design and implementation. His extensive project management and problem solving capabilities enable him to provide a high level of service, quality and customer satisfaction on the projects he and his offices oversee.”

Berndt has a Bachelor of Science degree in Business and Construction Management from the University of Wisconsin-Stout. 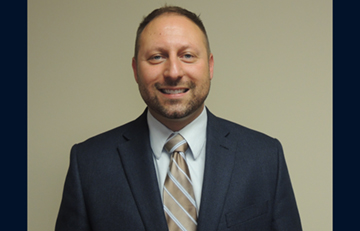