The plaza at Wells Fargo Place in St. Paul, MN has undergone years of exposure to harsh Minnesota winters. Western Specialty Contractors was contacted to investigate water issues the plaza planters were experiencing.

Granite capstones and panels were removed to access the planters, concrete foundation and water tests were then per-formed on the leaking planter. There were no indications the foundation was leaking. Western was then contracted to remove a total of 2,500 LF of deteriorated caulking on eight planters and replace 40 broken granite panels throughout the plaza.

Western worked with Zeller to come up with a cost-effective solution to salvage some existing granite panels, and completed epoxy patch repairs for minor damage to 15 planters. Western was able to salvage over half of the existing panels for replacement of smaller panels throughout the plaza.

This project is the first phase of a two year project. The work consisted of the removal and replacement of the new granite panels including caulking all the planter joints, building granite panel replacement, granite epoxy patch repair, stair landing repair, and installation of anti-skateboard protection. 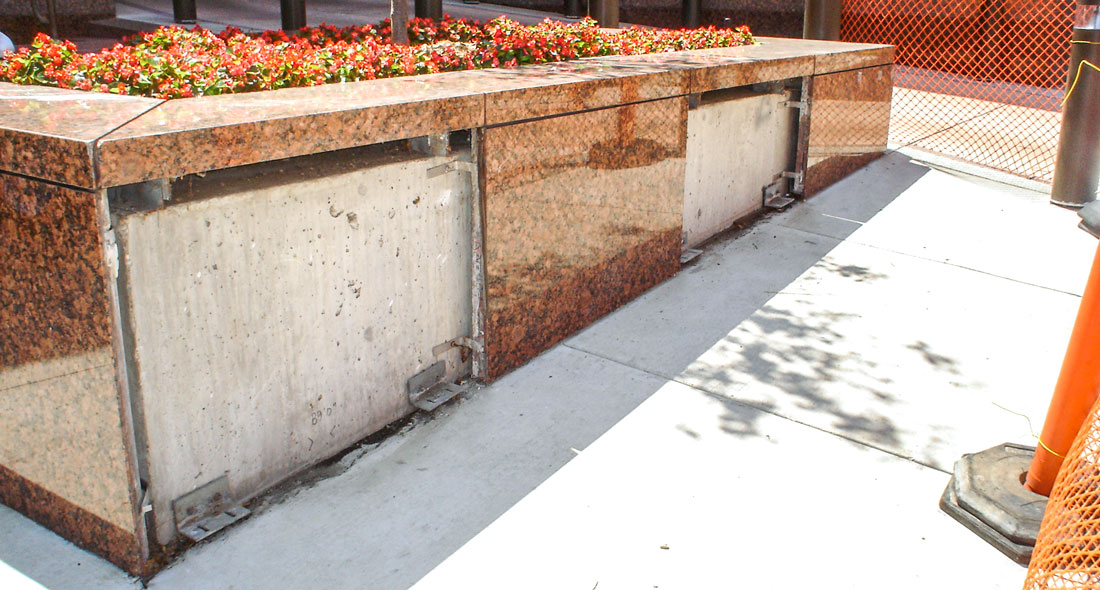 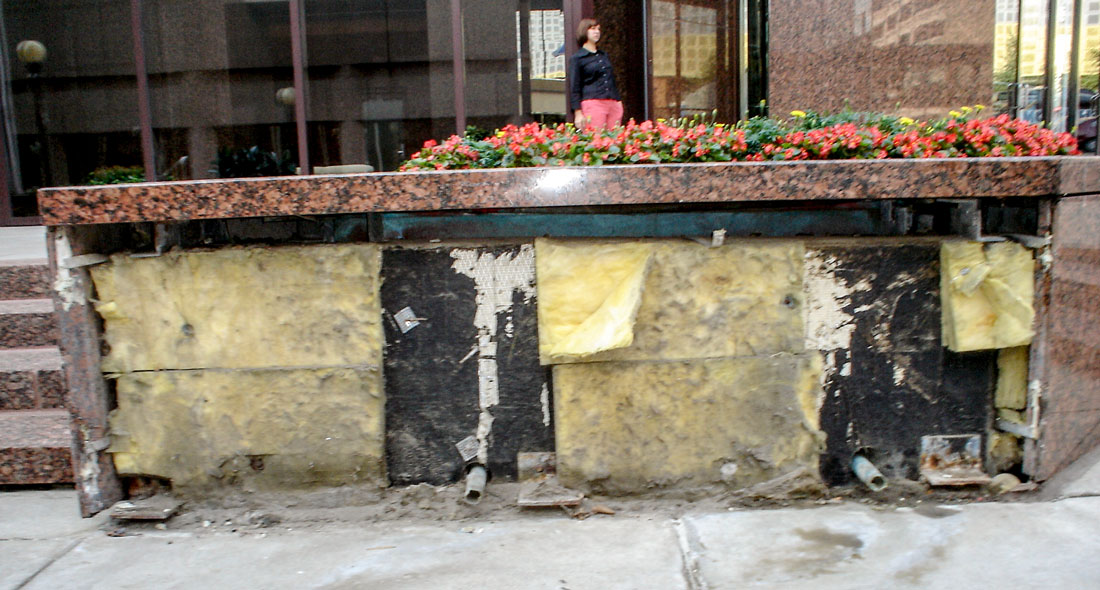 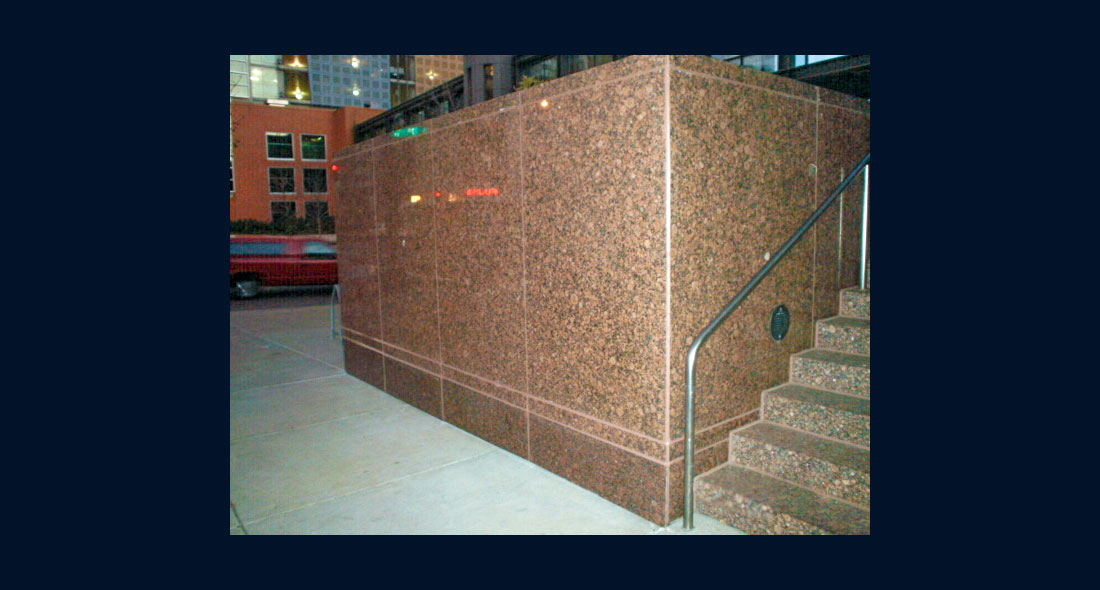