On September 11, 2004, a memorial was dedicated to the 274 Staten Island residents that lost their lives during the 9/11 attacks. This monumental memorial, produced from fiberglass and granite, was designed by architect Masayuki Sono and titled, “Postcards.” The placement of the memorial has a dramatic view north toward the site of the World Trade Towers in lower Manhattan.

The memorial is constructed of two 40-foot wing-like walls, each with a 30-foot long window displaying the 274 victim plaques and profiles.

The team selected by the City of New York to design and build this memorial was selected for their ability to produce high-quality work with tight tolerances and deadlines. The project teams were required to respond quickly to any design changes without altering the production schedule.

Pat Garrett and Granite Importers produced the granite text and profile plaques by using state of the art waterjet cutting machines directed by electronic information. Each victim profile was designed by the architect and family members and downloaded to an electronic file to guide the waterjet machine. These family-approved plaques were made and installed within the 1/16″ maximum tolerance specified on the project.

Over 3,000 family members and friends of the victims, City officials, and a cast of devoted workers dedicated the memorial. The memorial has been awarded the New York Construction “Best of 2004 Annual Award.” 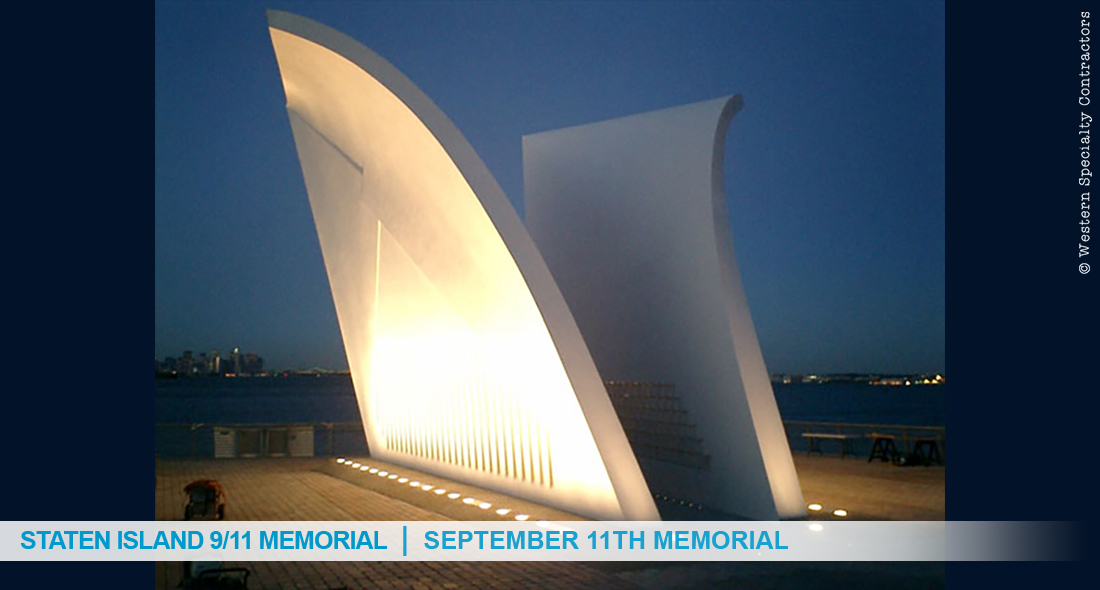 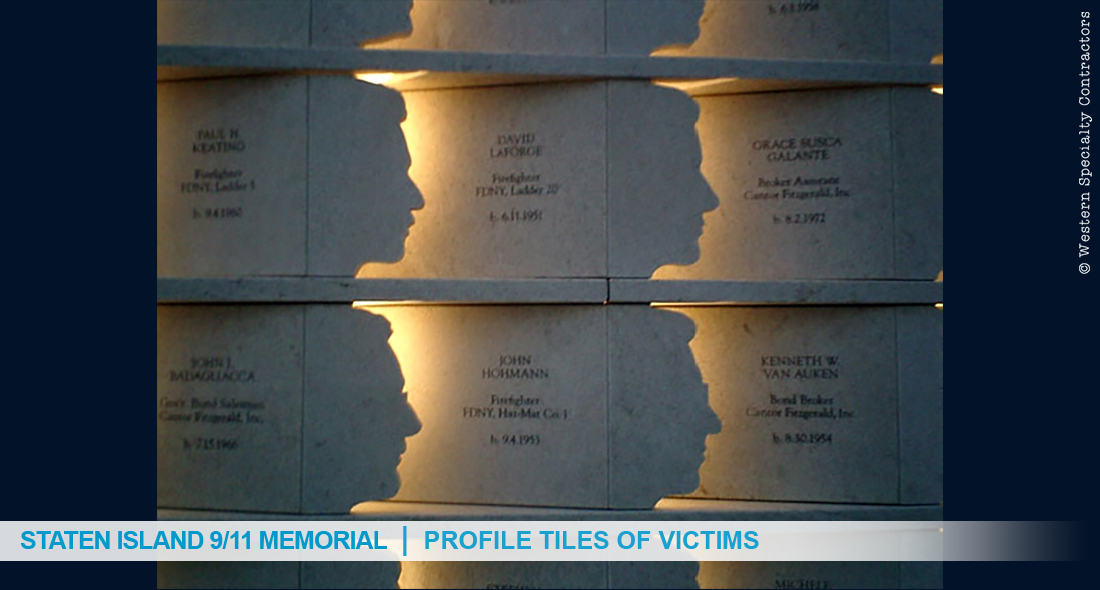 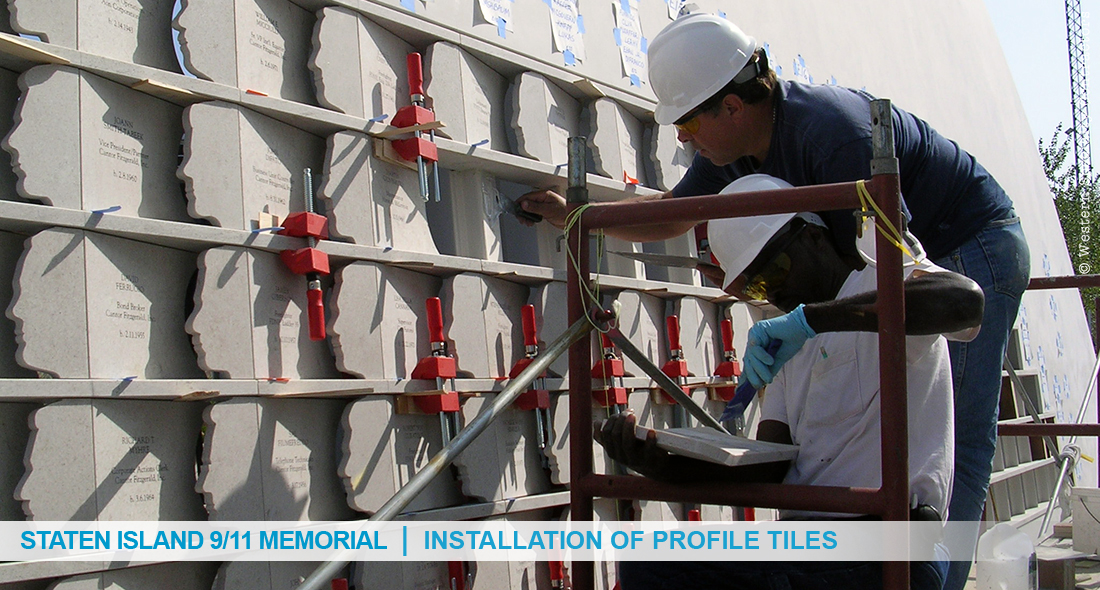 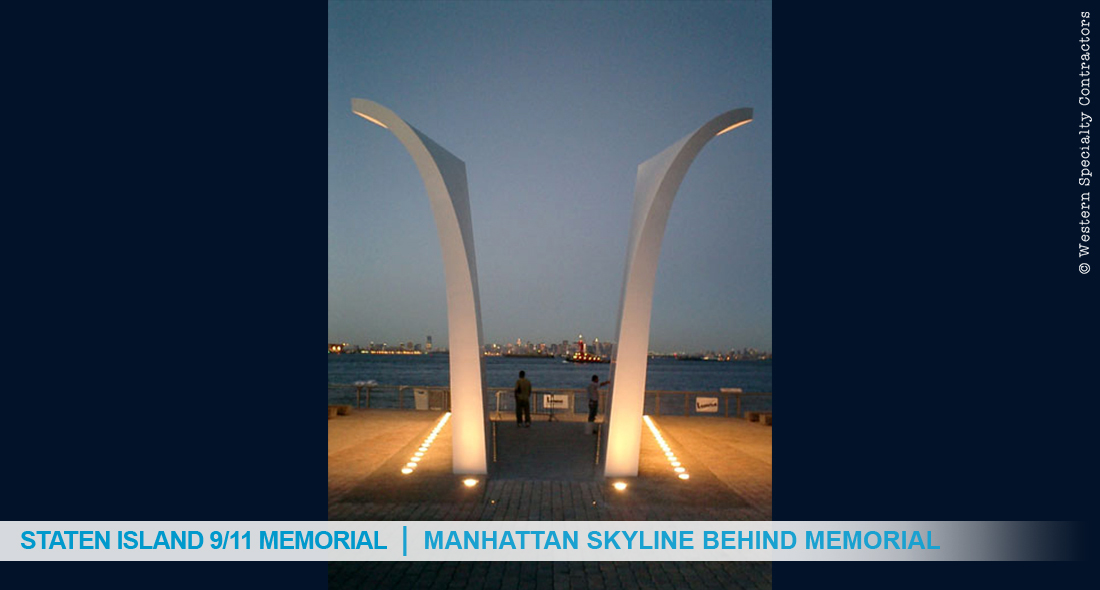