A number of severely damaged or missing limestone units were replaced with FRP (Fiber Reinforced Polymer) replicas. This included the entire roof cornice on the west and south elevations and the damaged ornate limestone pieces below the seventh floor. New replica limestone headers were installed at the eighth floor windows. Replica pieces were also utilized on the third floor water table and isolated decorative pieces throughout the building.

The first floor of the building consisted of a number of cast-iron stone fronts. Many of the cast-iron pieces were missing. It was cost prohibitive to use cast-iron for replacement so it was suggested to frame out the openings for the new window installation and then clad the framing with FRP. 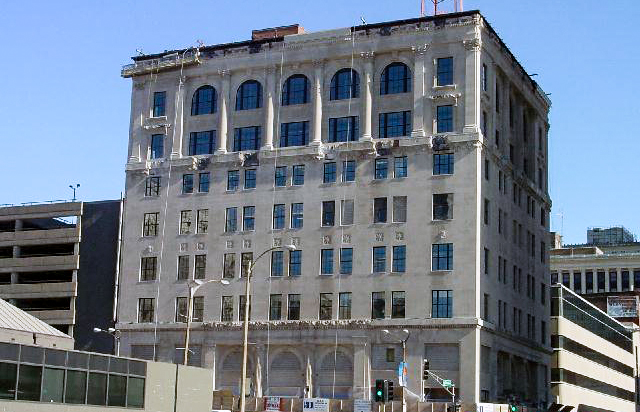 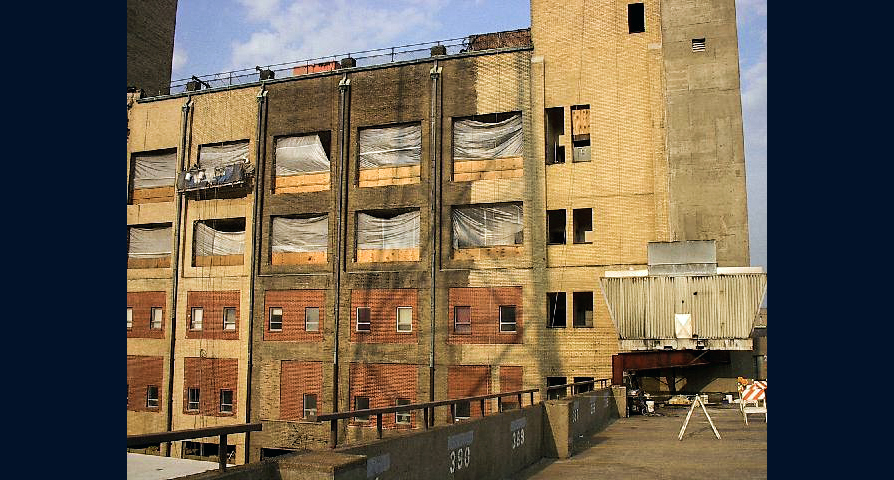 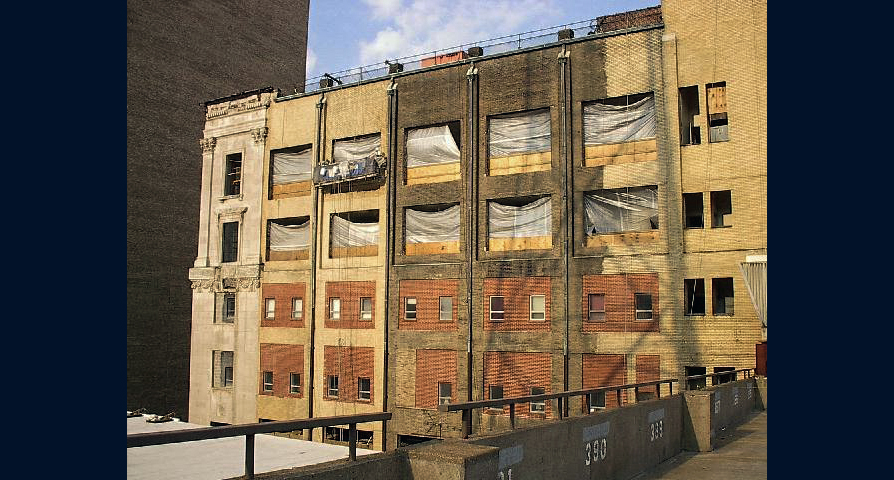 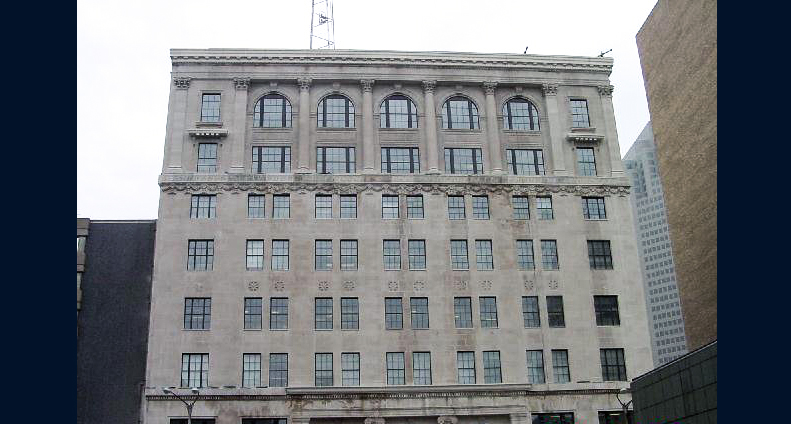 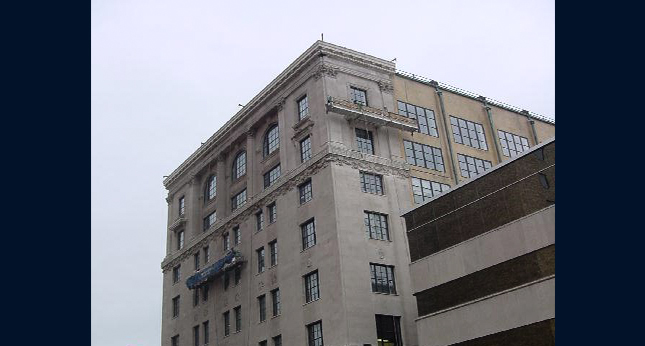 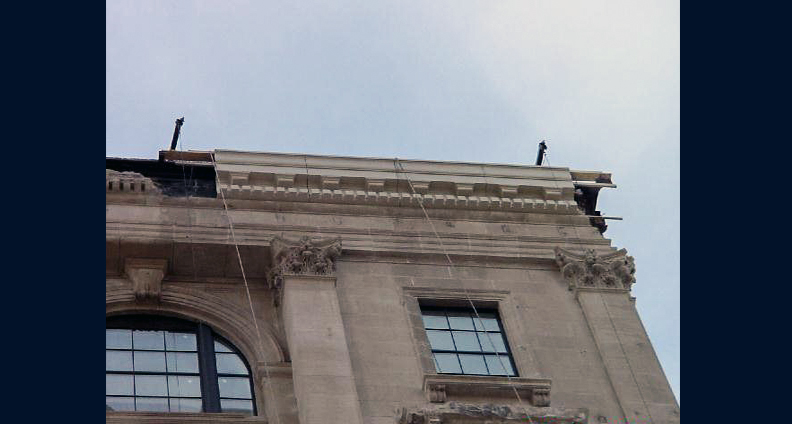 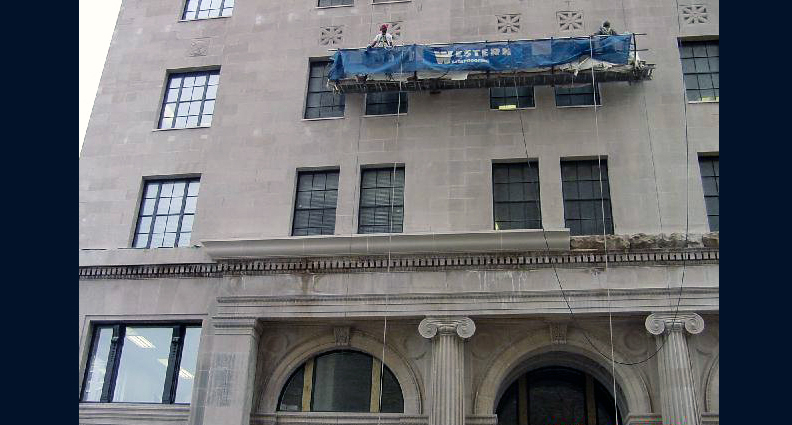 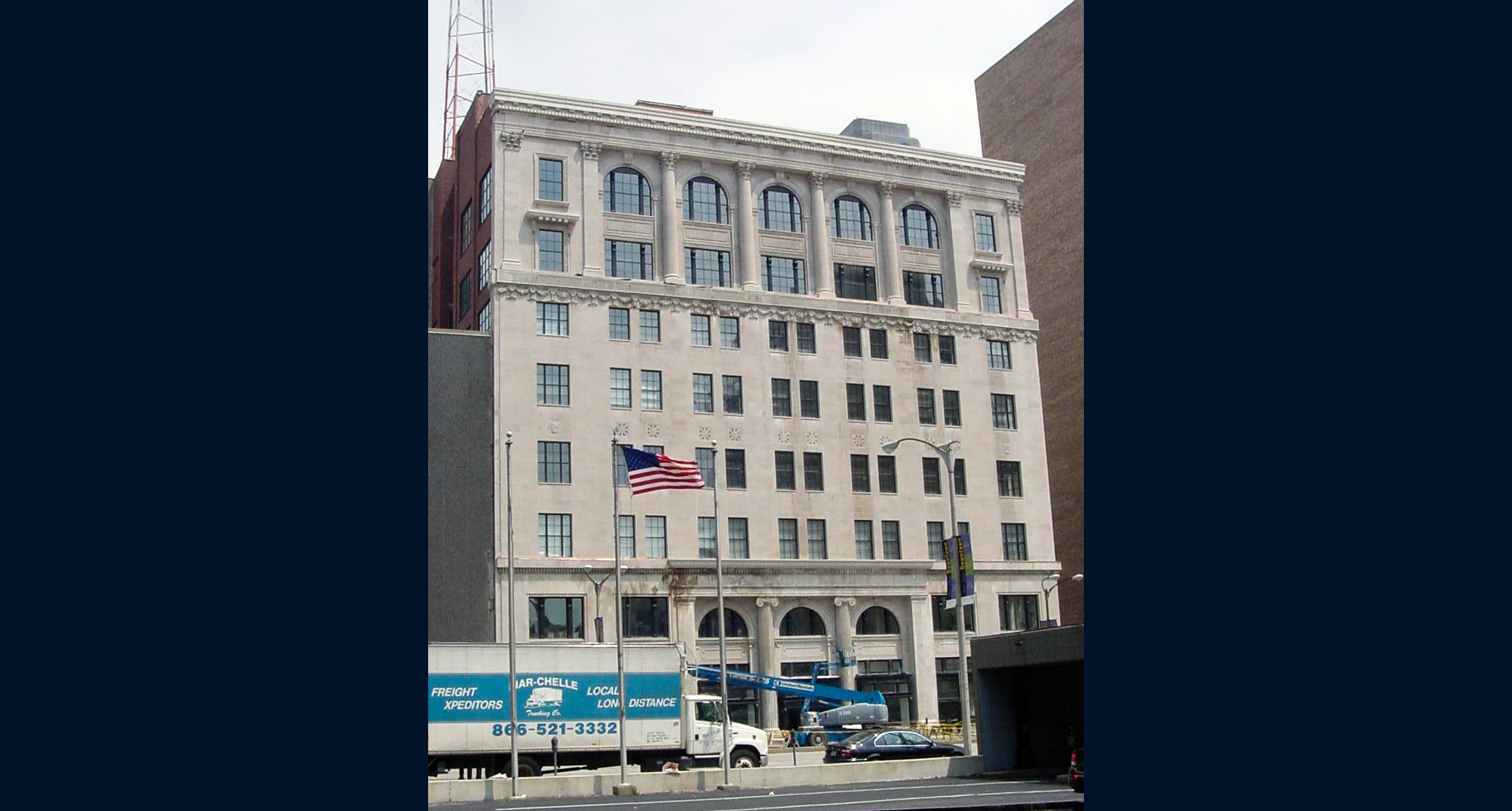 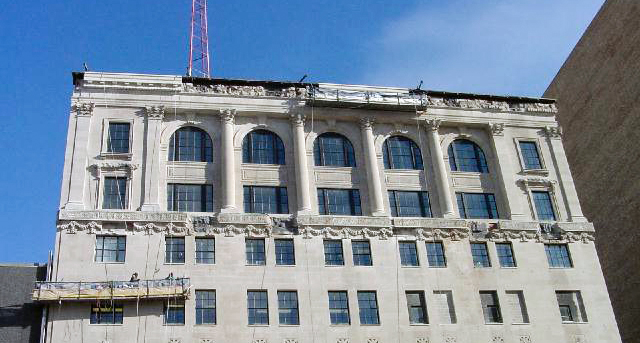 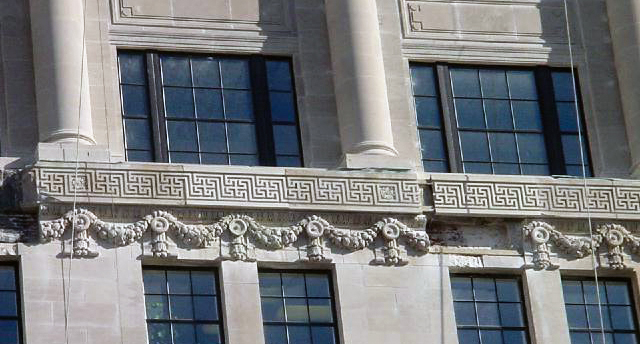 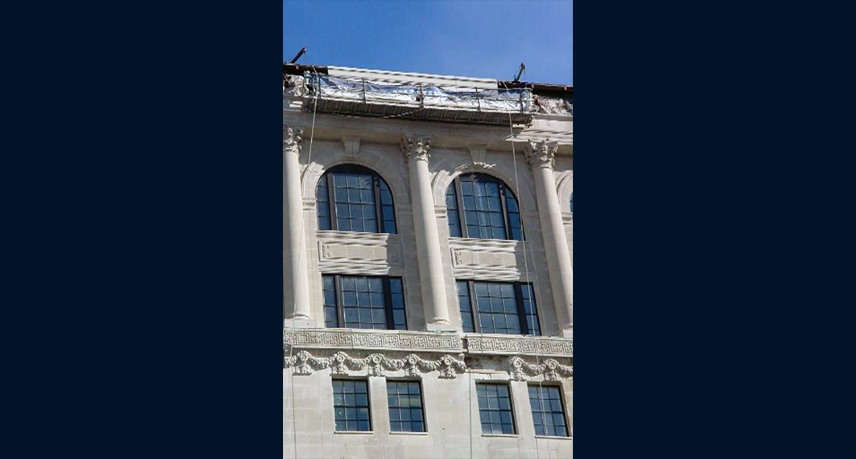 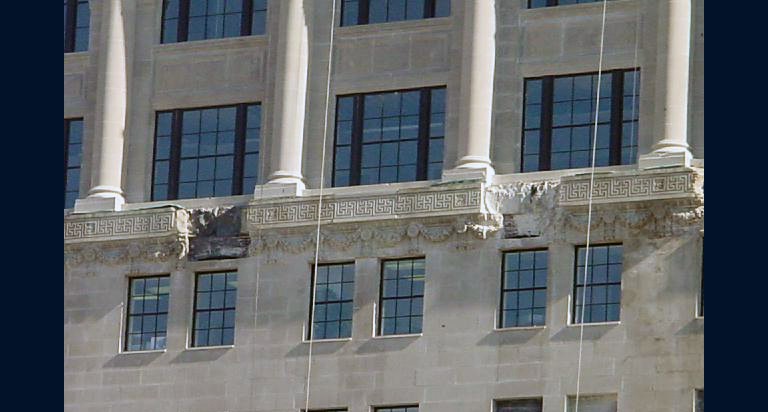 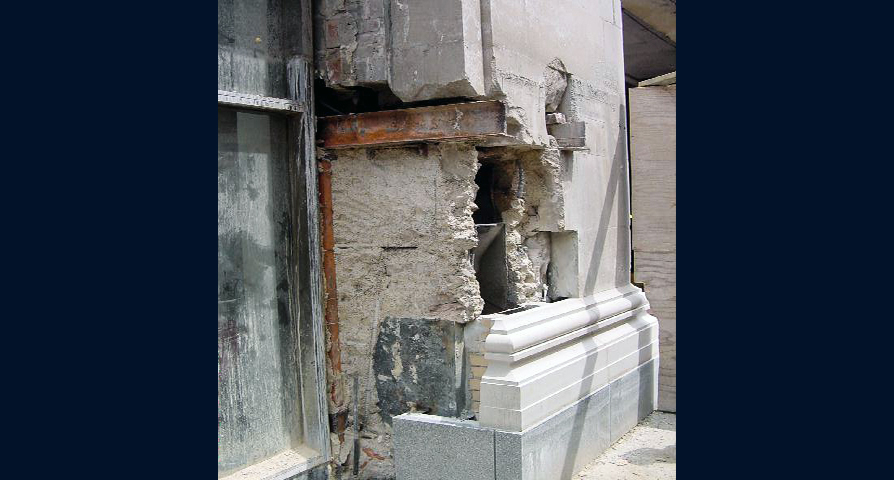 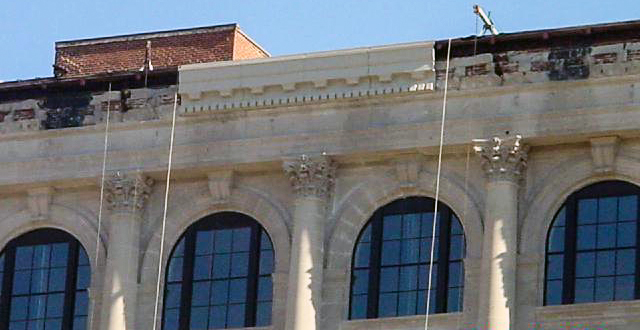 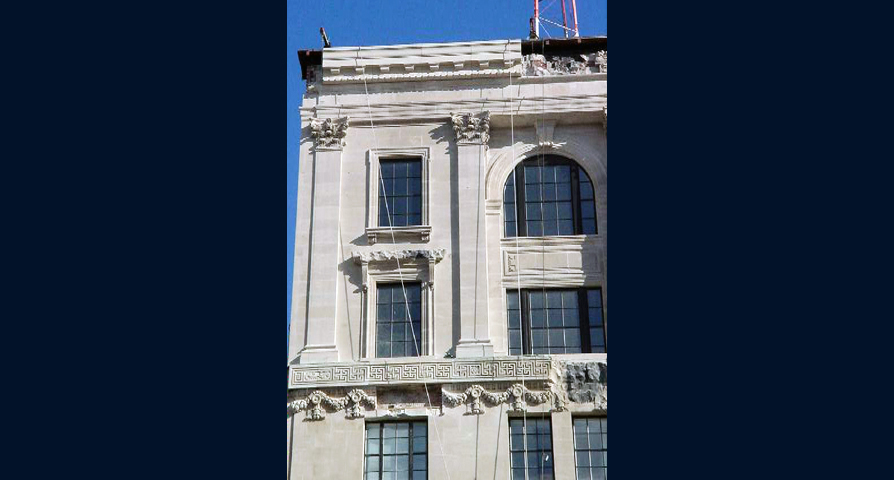 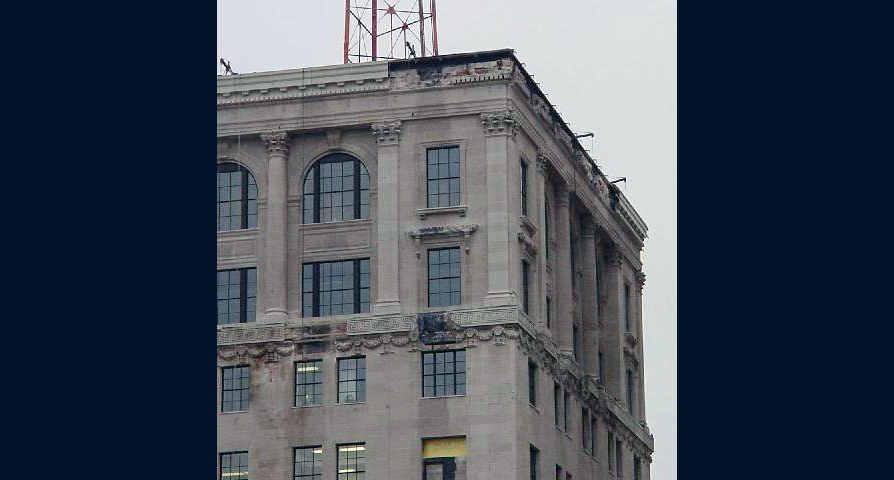 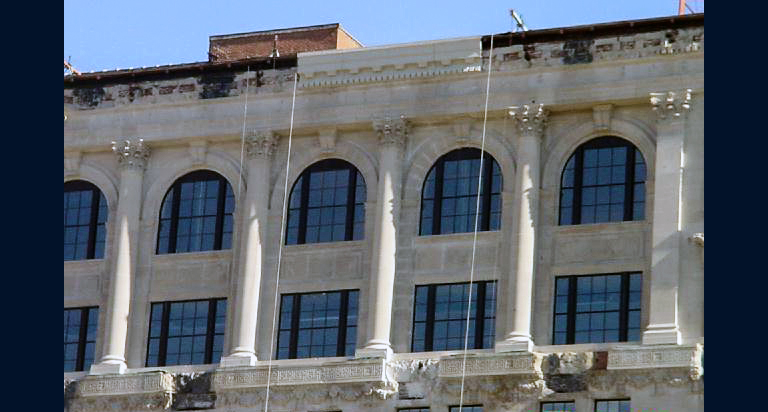 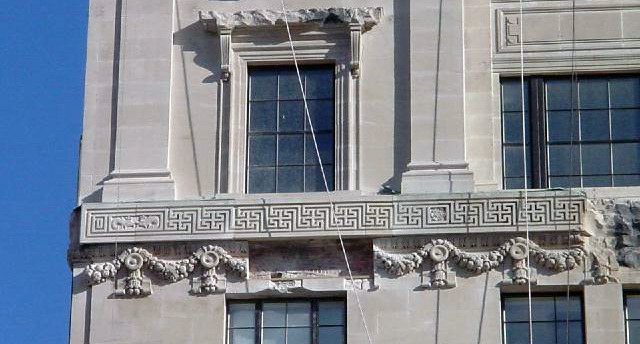 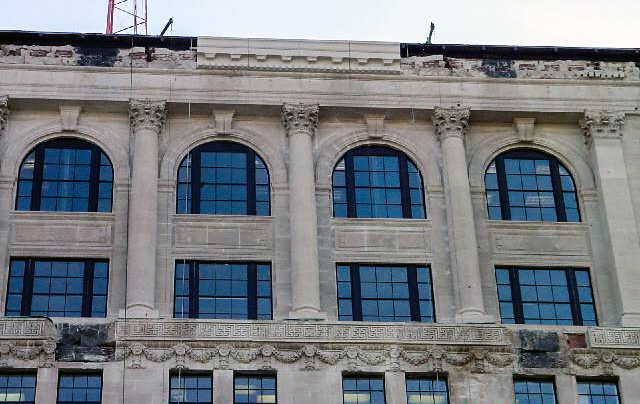 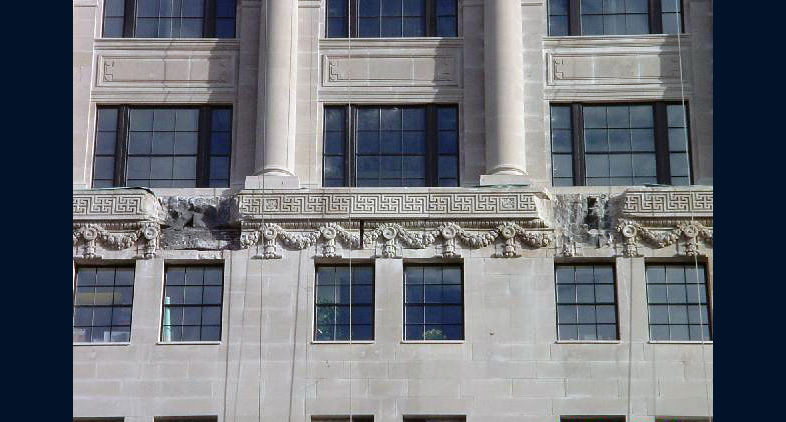 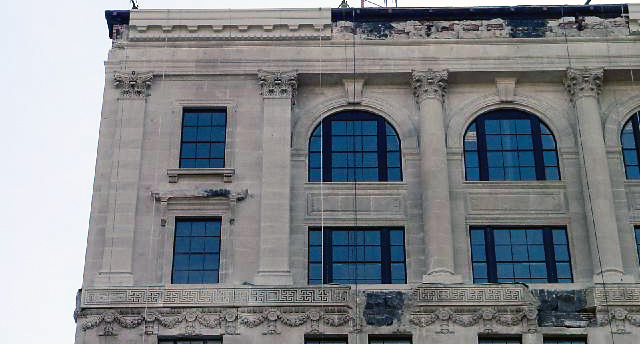