Manual concrete chipping can be a dusty, noisy endeavor that subjects workers to risks of injury and illness. When extensive overhead hammering is required on a job, such was the case when Western Specialty Contractors – Springfield, IL Branch restored the City of Springfield's Municipal parking garage recently, the strain on the body can be even greater.

Western was hired by the general contractor on the project, O'Shea Builders of Springfield, IL, to perform overhead patching on the bottom two levels of the concrete parking garage and overhead patching on the helical ramps at the garage's west and east ends. Started in April 2017, the City of Springfield, IL expected the project be completed by the middle of December.

Western began the project using electric chipping hammers to remove the unsound concrete from overhead. This technique proved to be a challenge with crew members holding the hammer above their heads for eight hours a day, five days a week. As a result, production slowed on the project and the decision was made to utilize a PAM machine manufactured by RNP Industries.

The PAM machine safely holds the 30-pound hammer to completely eliminate the ergonomic stress on the worker. The equipment not only helped with the strain on the workers and mitigation of soft tissue injuries, but production increased and the project schedule was able to be maintained.

“At Western, we feel that it is critical for companies to evaluate opportunities to reduce these risks, and in doing so, we have discovered the alternative to manual chipping,” said Western Safety Director Eric Olson. “This machine offers faster and effortless concrete chipping for overhead and vertical surfaces. There is no longer a need to stop and reposition, recover or stretch sore muscles since the workers are not performing the work directly. It also allows workers to stand nearly five feet away from the point of impact so they are able to avoid unexpected falling concrete.”

Working closely with the general contractor on the project, it was determined that the safest and most effective way to perform the necessary repairs was to close the garage during repair of the ramps.

The garage closure came with an additional acceleration in the schedule. The ramps had to be re-opened and available for use within one month. To meet this deadline, an additional PAM machine was utilized so that both ramps could be repaired at the same time. A total of 1,350 square feet of overhead repairs were performed on the ramps in less than 30 days and the garage was re-opened on time.

The engineer on the project was Hanson Engineering and the architect was FWAI, both of Springfield, IL. 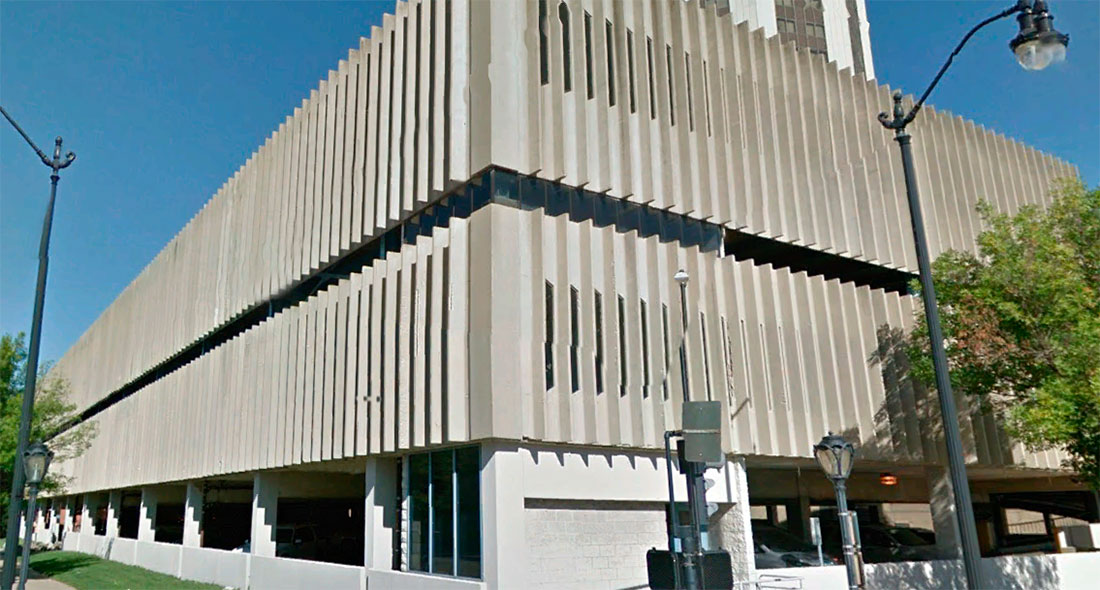 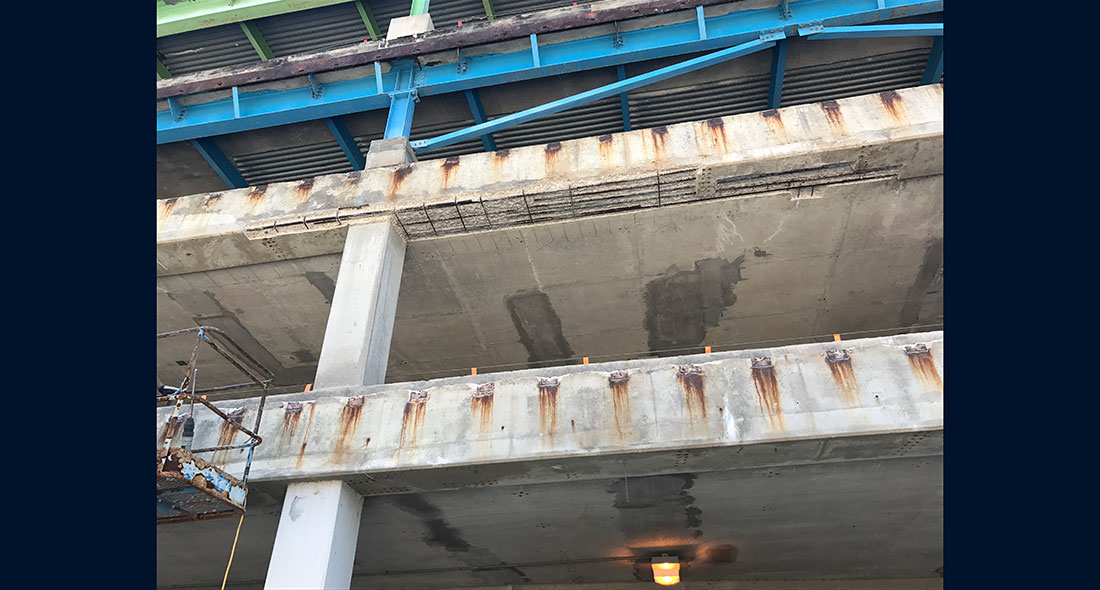 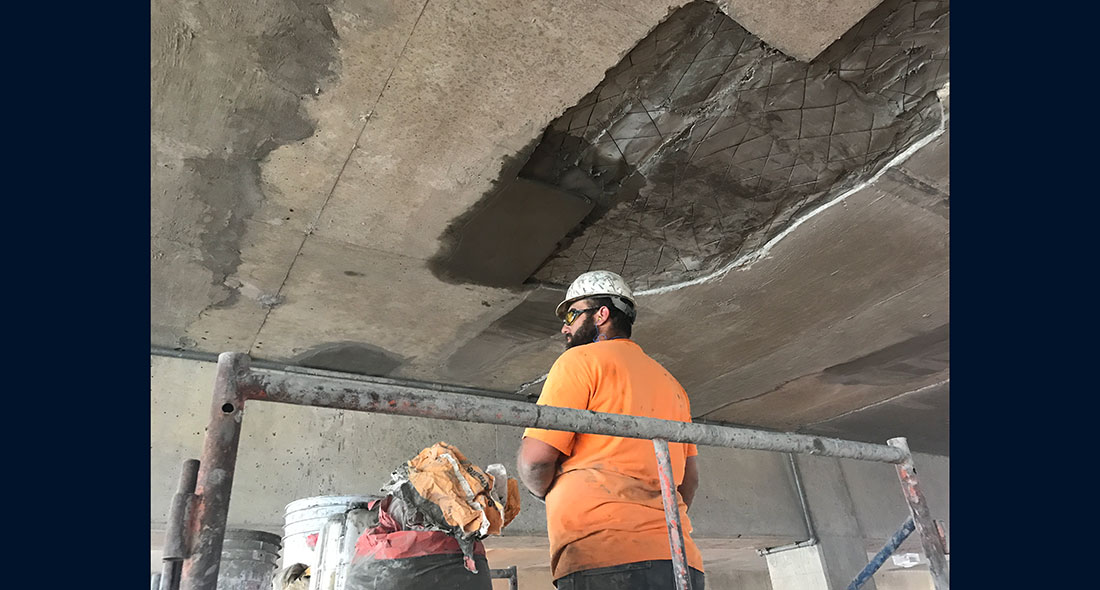 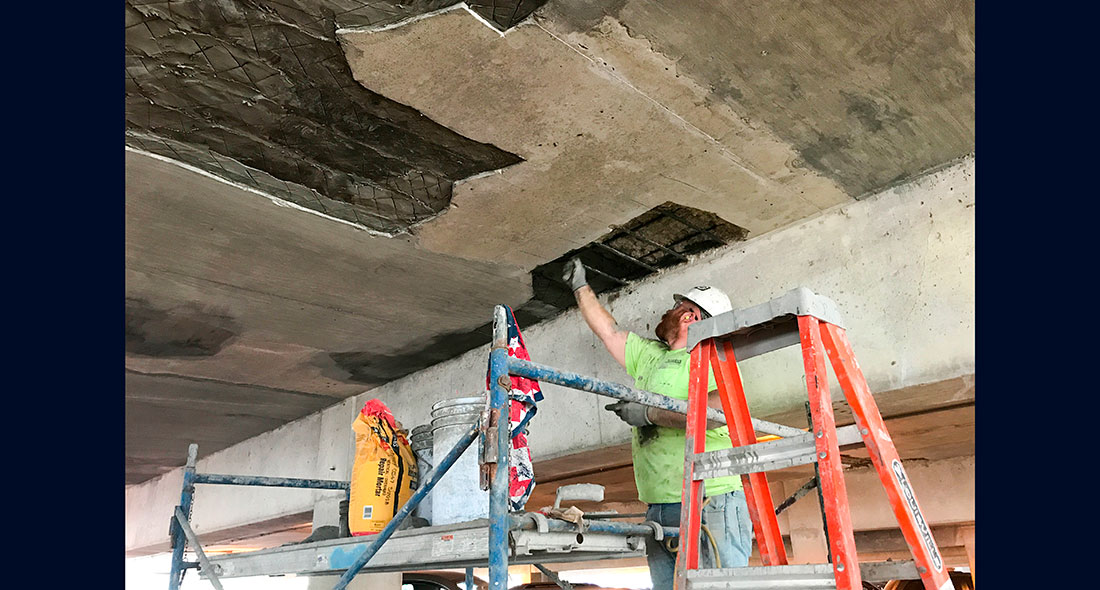 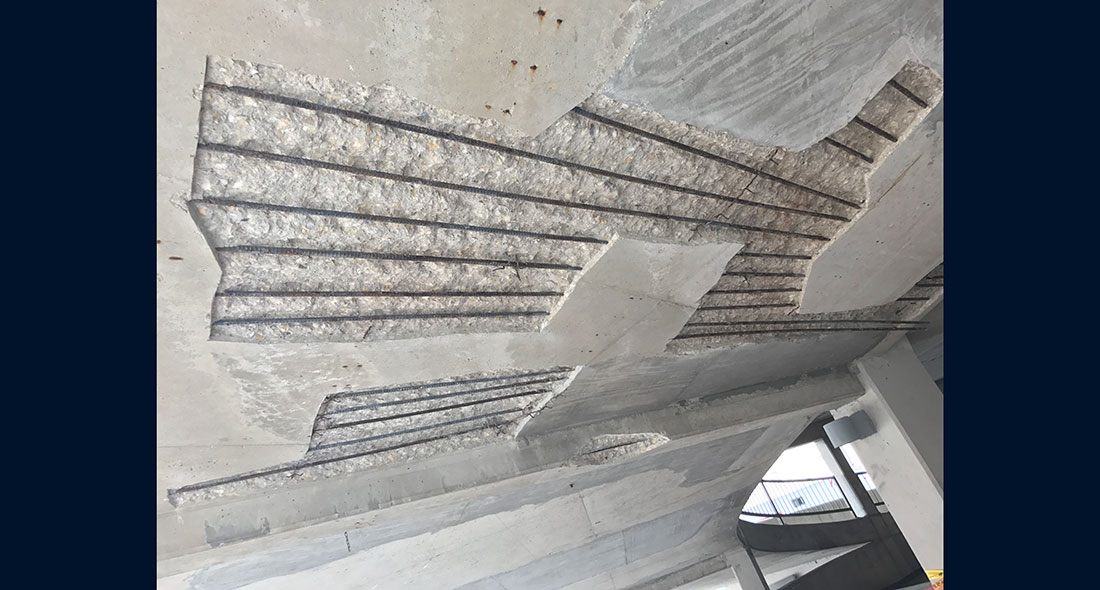 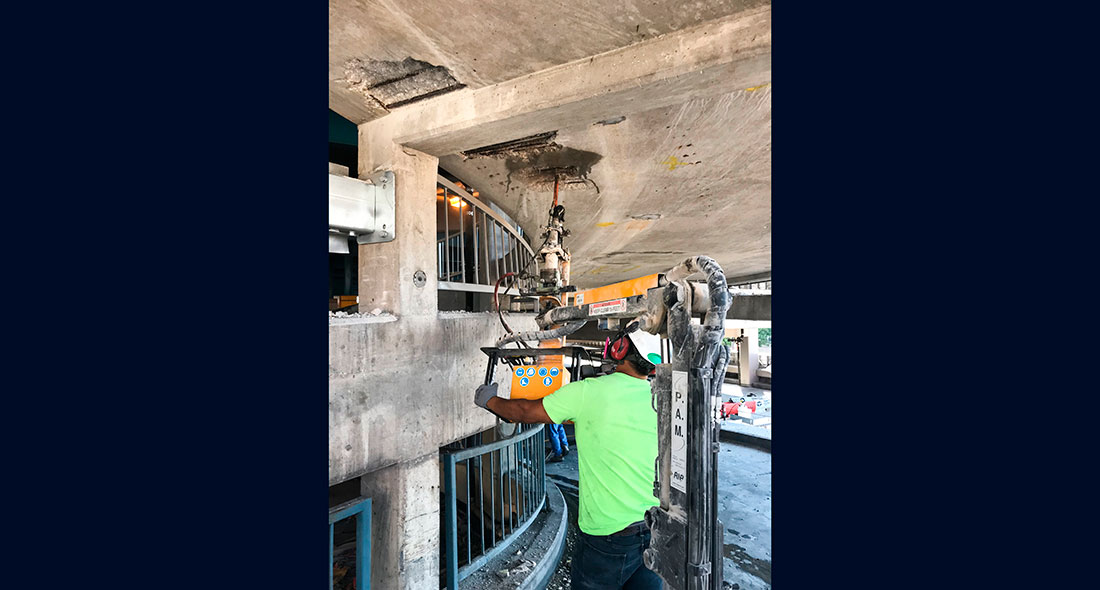 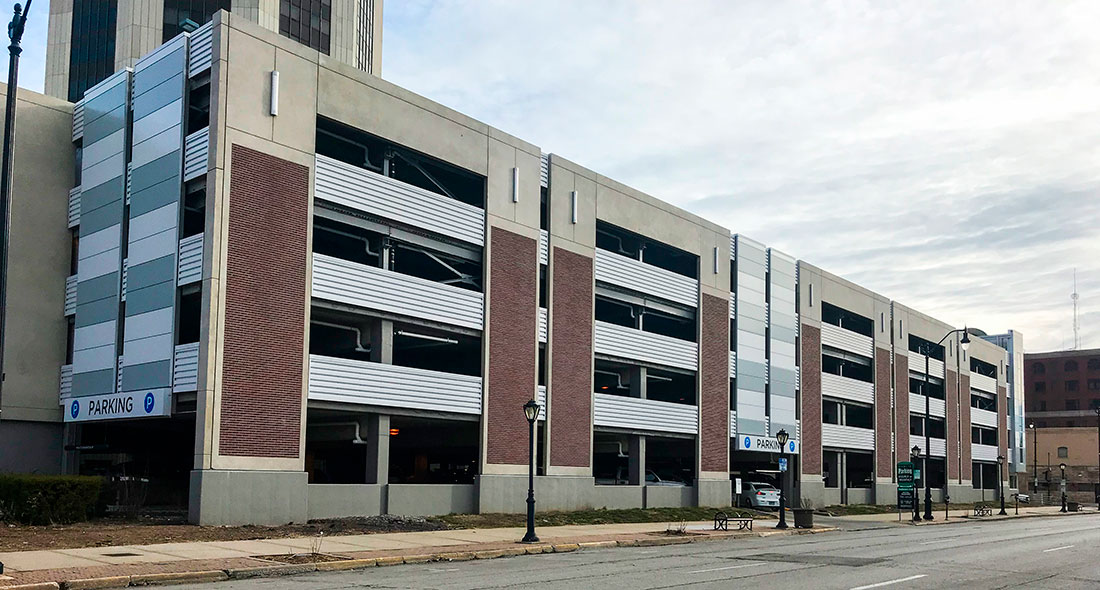