Constructed in 1982, the travertine panel facade of the Capital One Plaza building in Houston, Texas was showing signs of spalling and the sealants were failing from years of weather exposure. Western Specialty Contractors – Houston, Texas Branch (formerly named Western Waterproofing Company) was hired by property manager CBRE to restore the 22-story building's damaged travertine facade.

Western's scope of work included removing 260 travertine panels, each weighing 700 pounds, and replacing them with new tiles imported from an Italian quarry to match. Damaged panels were repaired by using a combination of re-pinning using Helical Anchors and performing Dutchmen repairs, a technique used to replace only the faulty portion of a stone with a new stone material that closely matches.

“One of the main challenges on the project was lifting the heavy travertine pieces to their places on the building's new facade without damaging them,” said Patrick Sheeran, Western Houston Branch Manager. “Fortunately for Western, a stone fabricator located next door to our offices let us use their pneumatic stone vacuum lifter which is capable of handling stone pieces of up to 2,200 pounds.”

All existing sealants on the building were also replaced including the CMU backup joints, travertine panel joints, window perimeter joints and glass butt joints. The entire building was also cleaned and parged to create a continuous surface by filling surface air voids and bug holes in the masonry walls.

With a little ingenuity and use of the pneumatic vacuum, Western crews were able to successfully complete the project within 20 months. The project received a 2014 Pinnacle Award of Merit: Renovation/Restoration from the Marble Institute of America (MIA). The Pinnacle Awards recognize excellence in commercial, residential and renovation/restoration of natural stone projects worldwide. 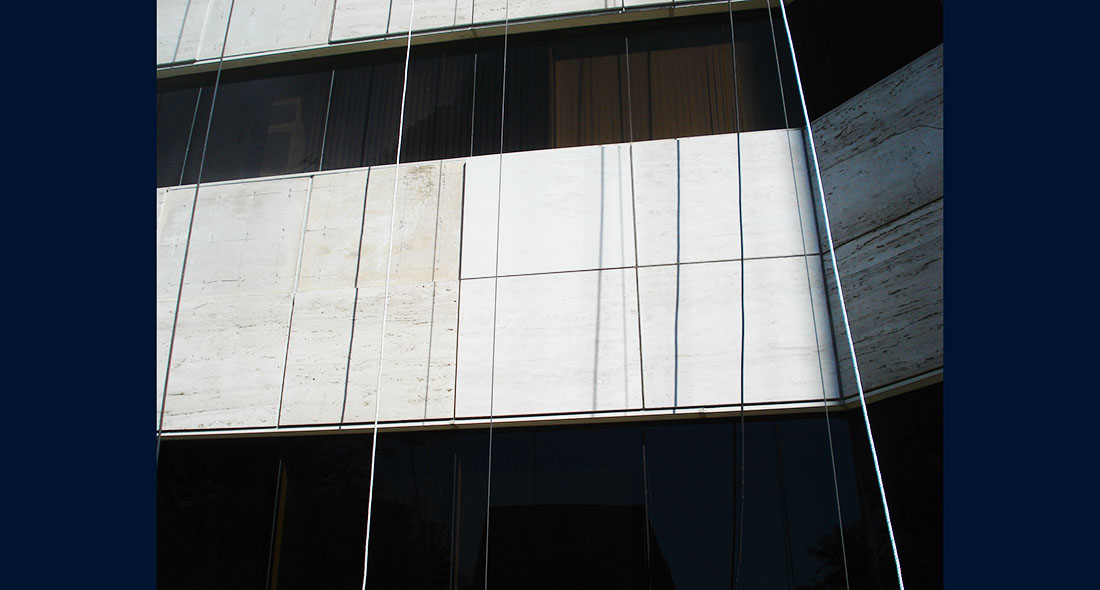 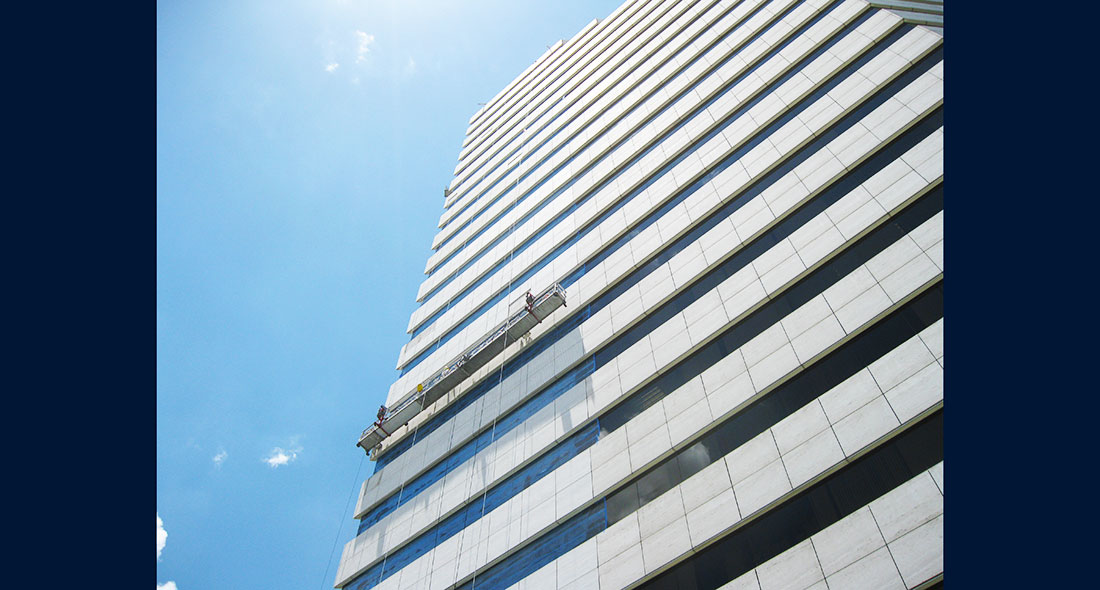 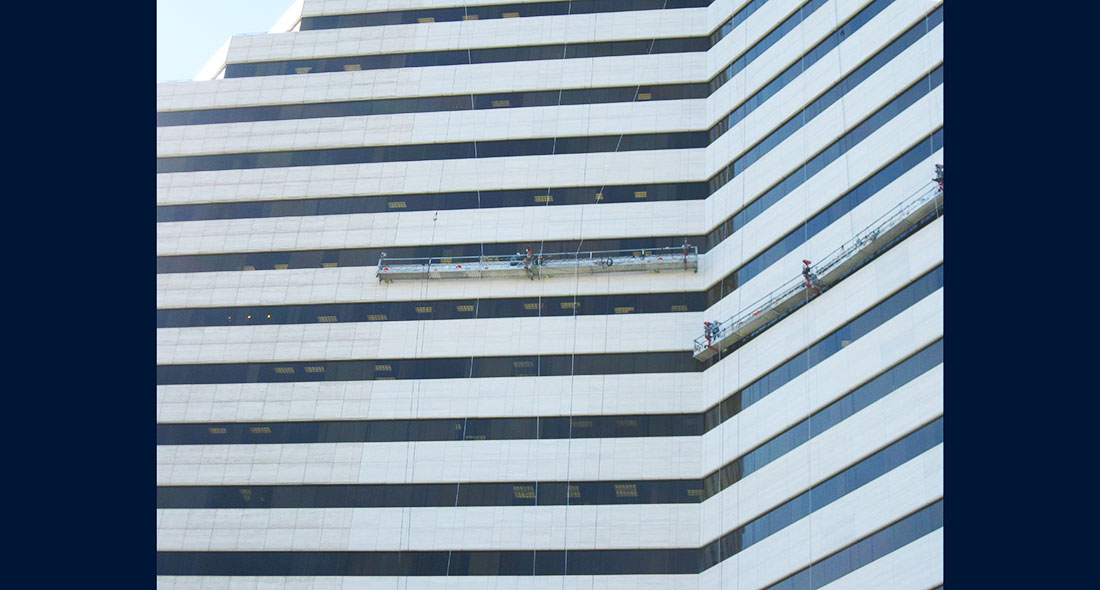 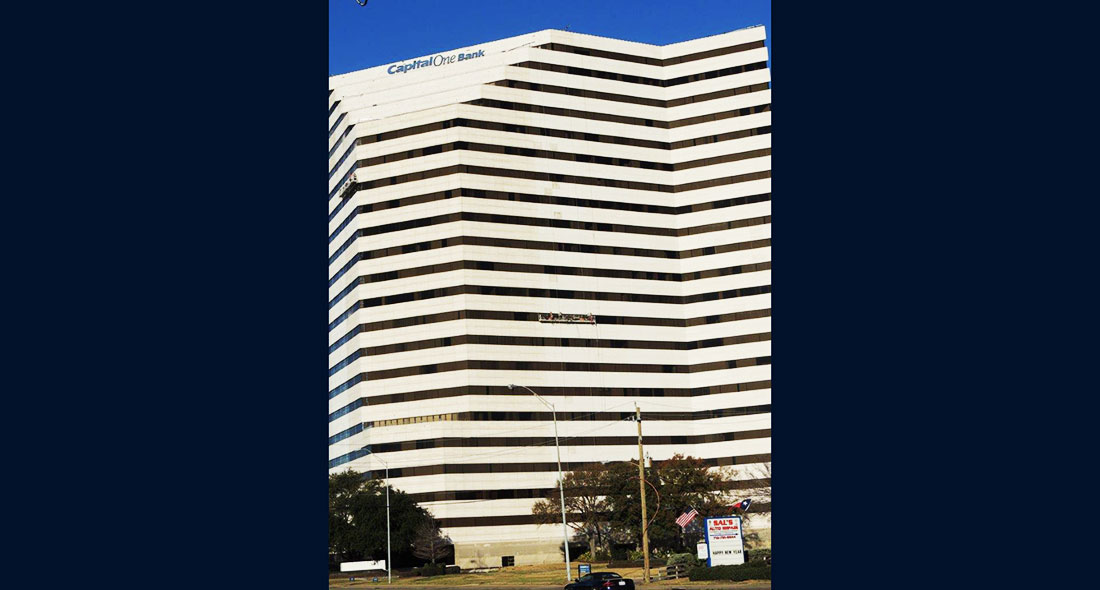 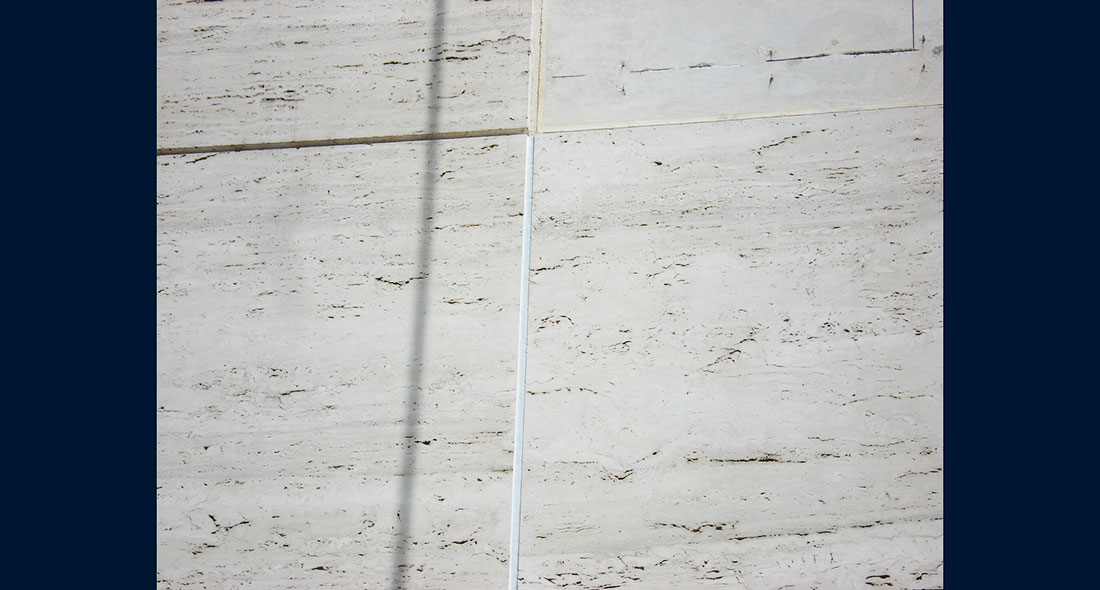 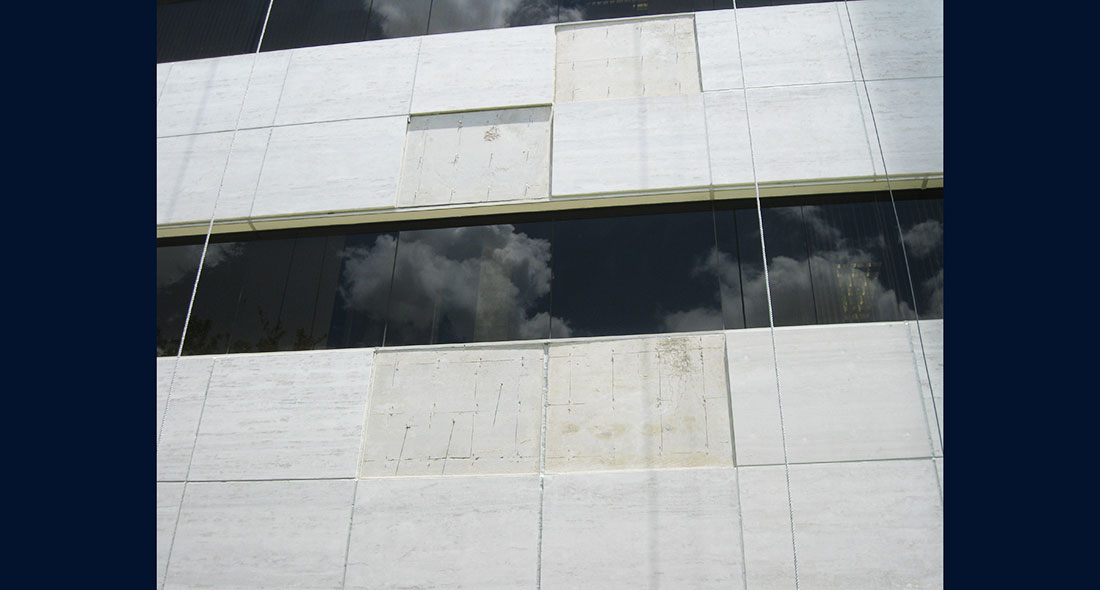 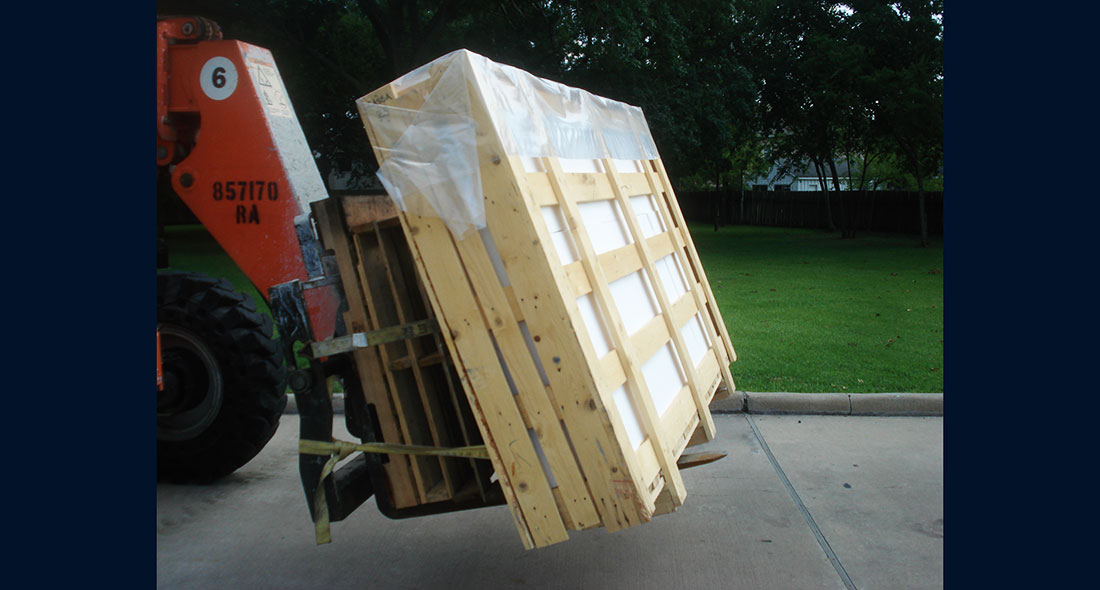 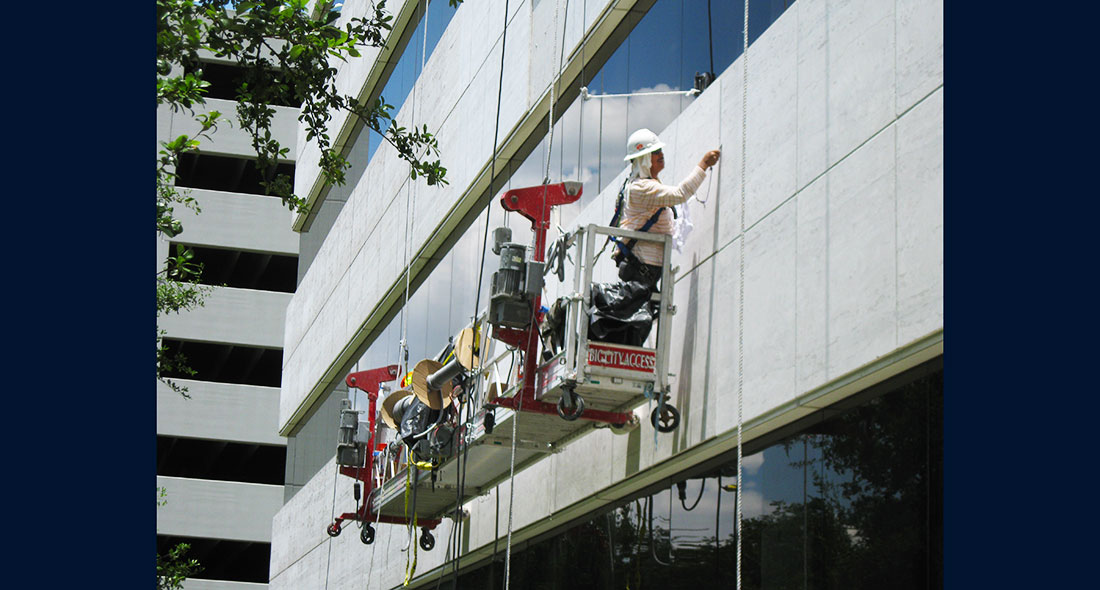 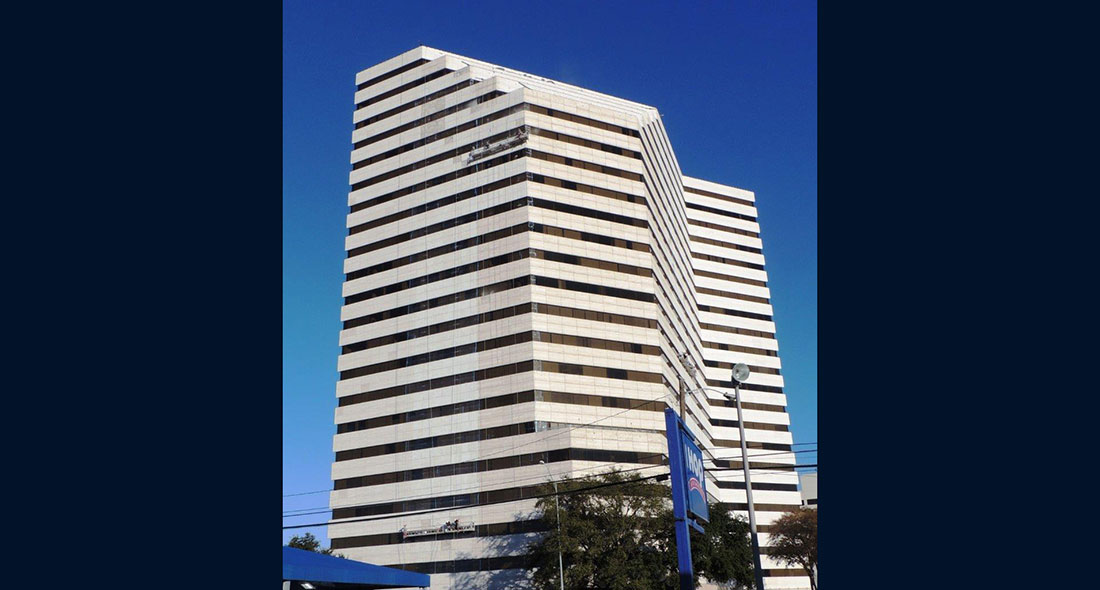 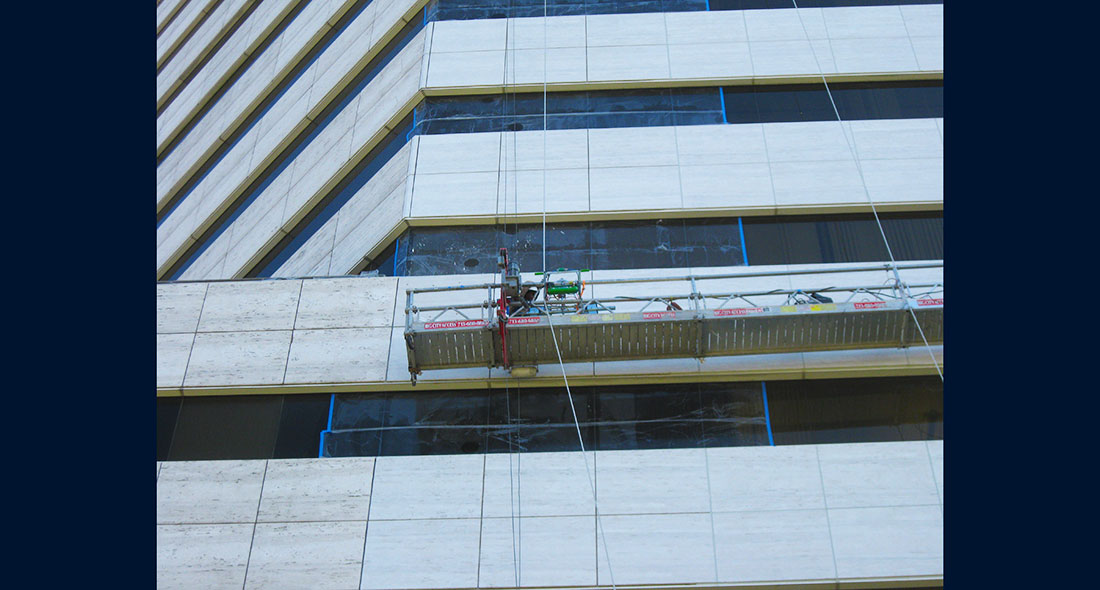 The Houston Zoo located on 55 acres in Herman Park began operations in 1922. It is a home to 4,500 animals representing 900 species. It welcomes 1.6 million visitors every year.

The zoo has expanded several times over the years. The most recent addition is the African Forest phase one, which opened in December, 2010. It covers 6.5 wooded acres and features chimps, rhinos, and giraffes. The African Forest allows visitors to explore and learn in different ways – through traditional signage, interactive elements, and dynamic personal encounters. 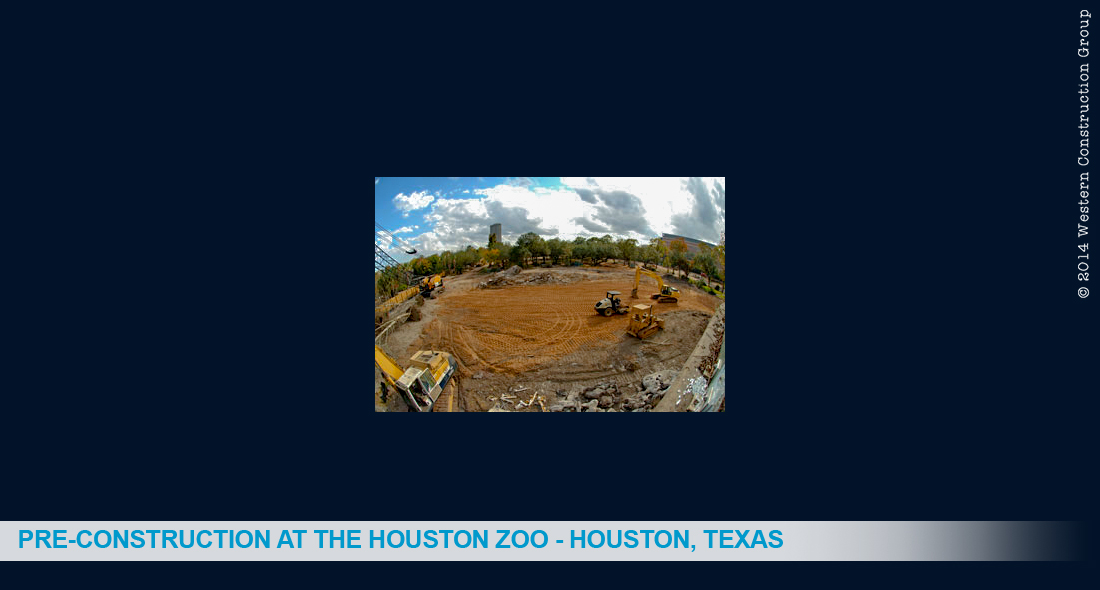 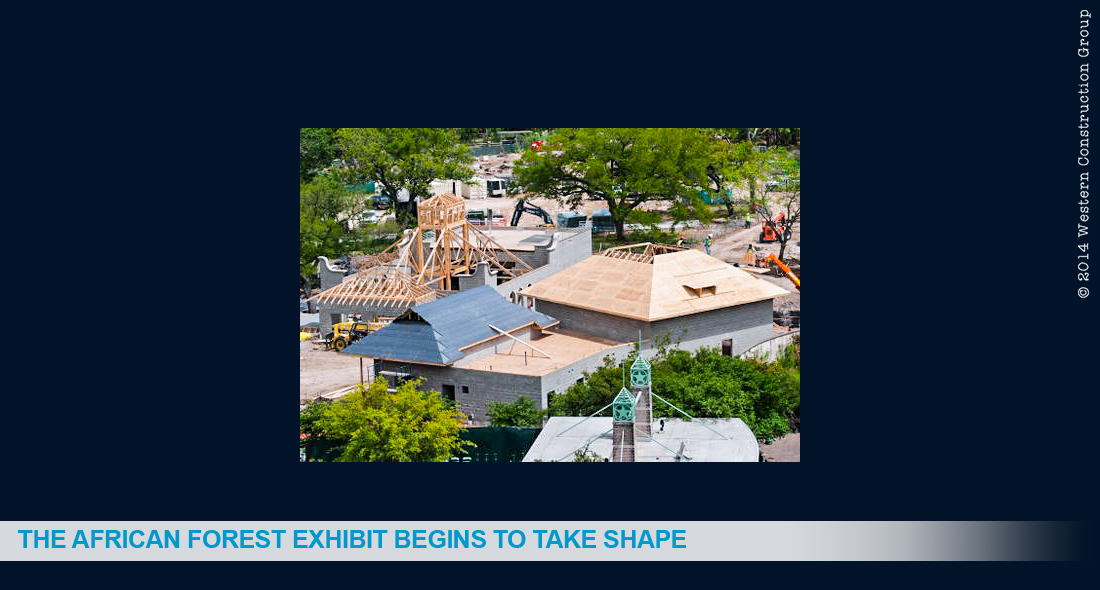 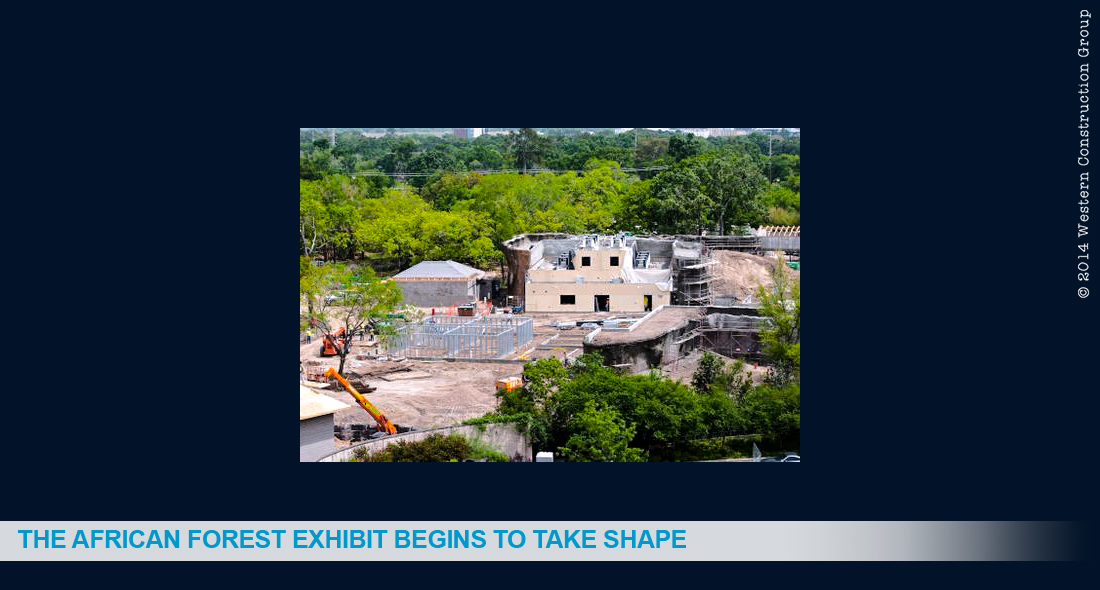 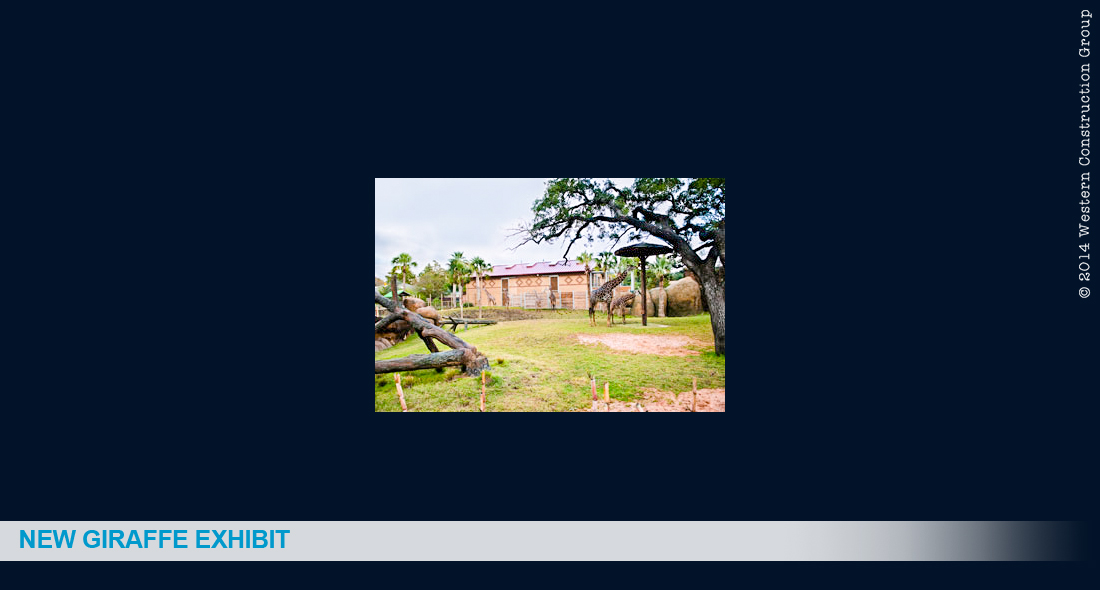 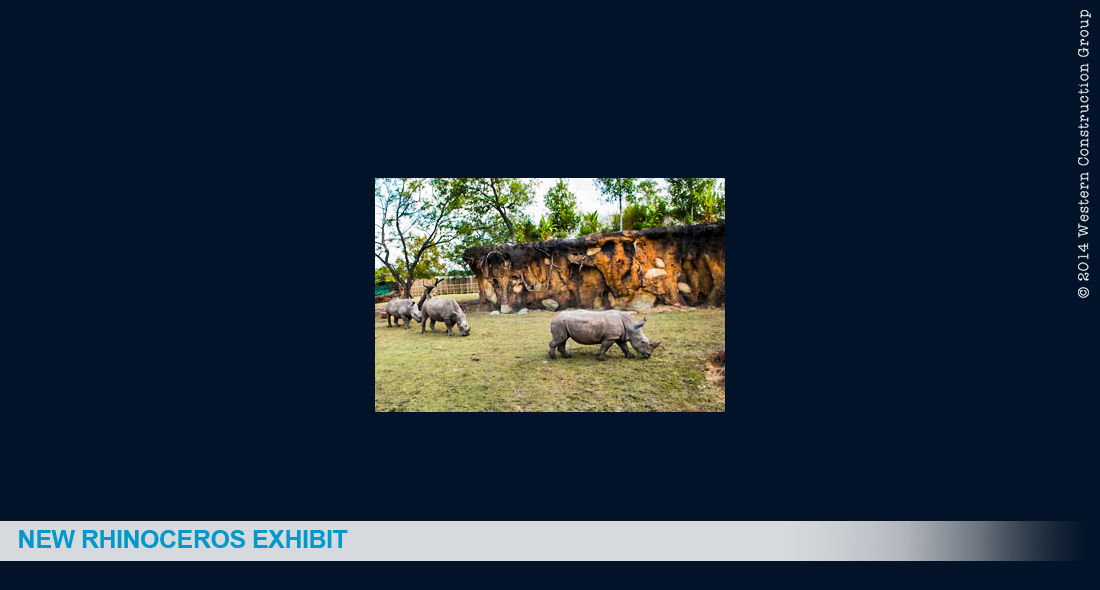 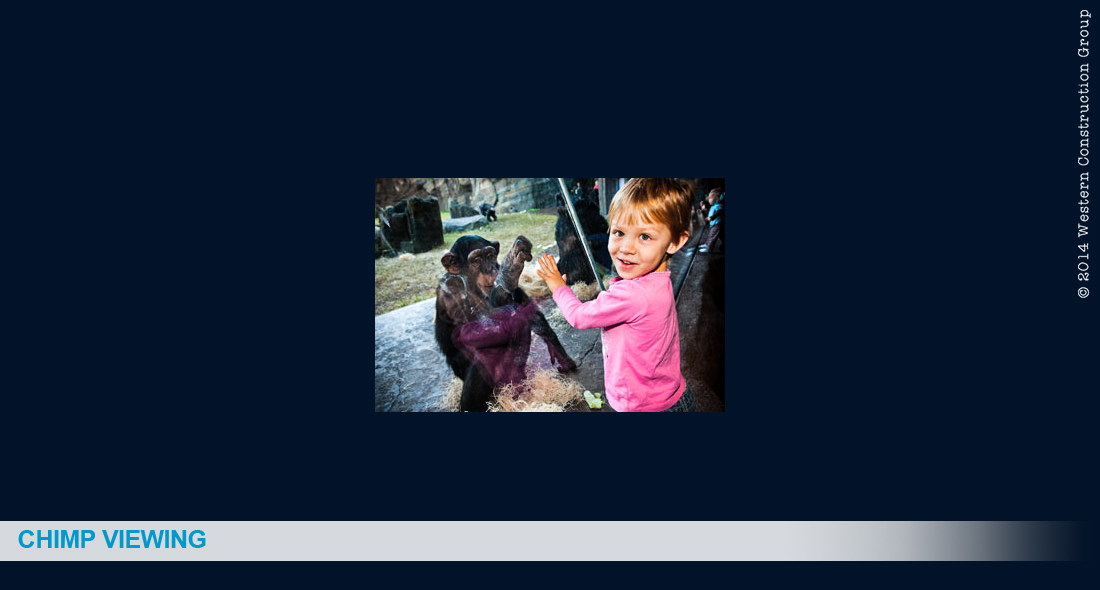 After the slab and walls were waterproofed, work began on the concrete roof lid. A temporary hotapplied membrane was applied and covered with ¾” treated plywood. This created a waterproof working surface over the building during construction. The plywood was then removed and the permanent heat welded thermoplastic membrane applied. EFVM water testing was used to insure the integrity of the waterproofing system.

After the successful water test was completed, the Western crew installed roof barrier, drain mat, protection board, retention fabric, and filter fabric to complete their portion of the project. The landscaping contractor followed with the engineered growing media and planting material. Aggregate walks and a paver system completed the green roof. 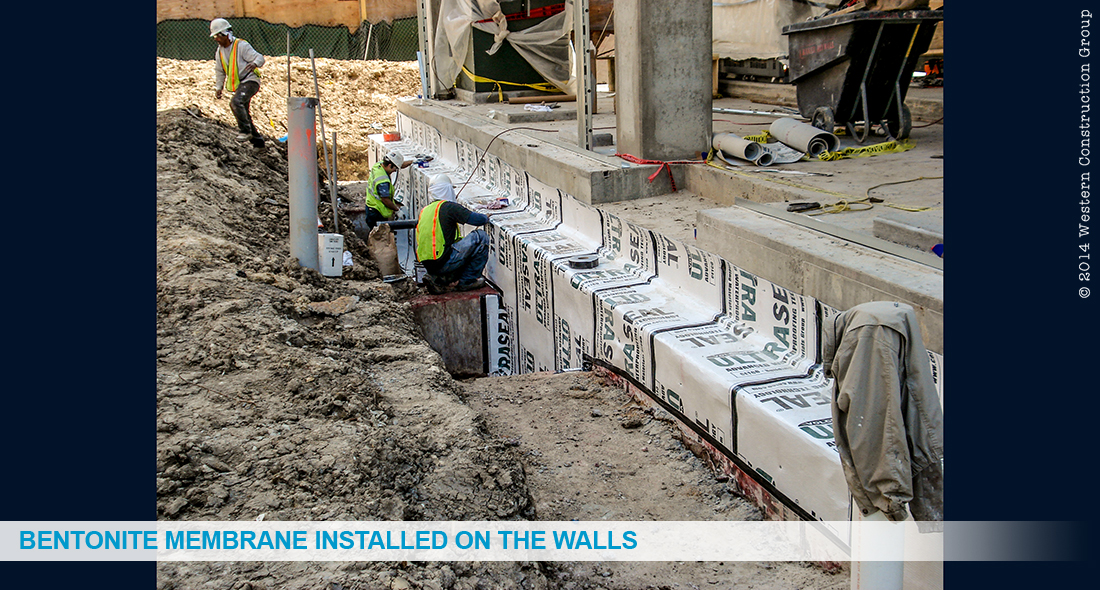 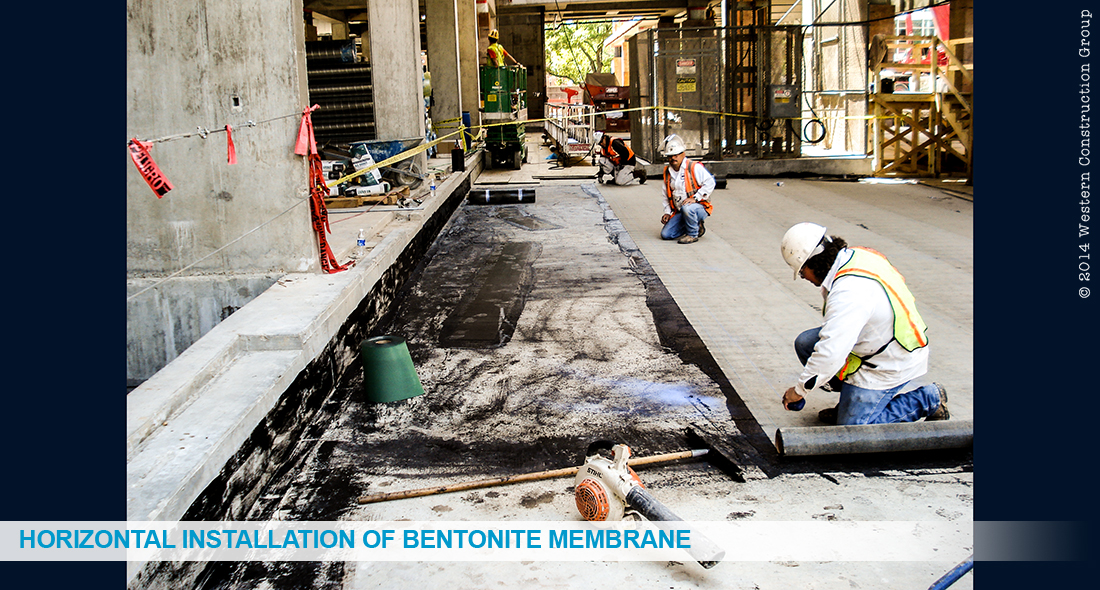 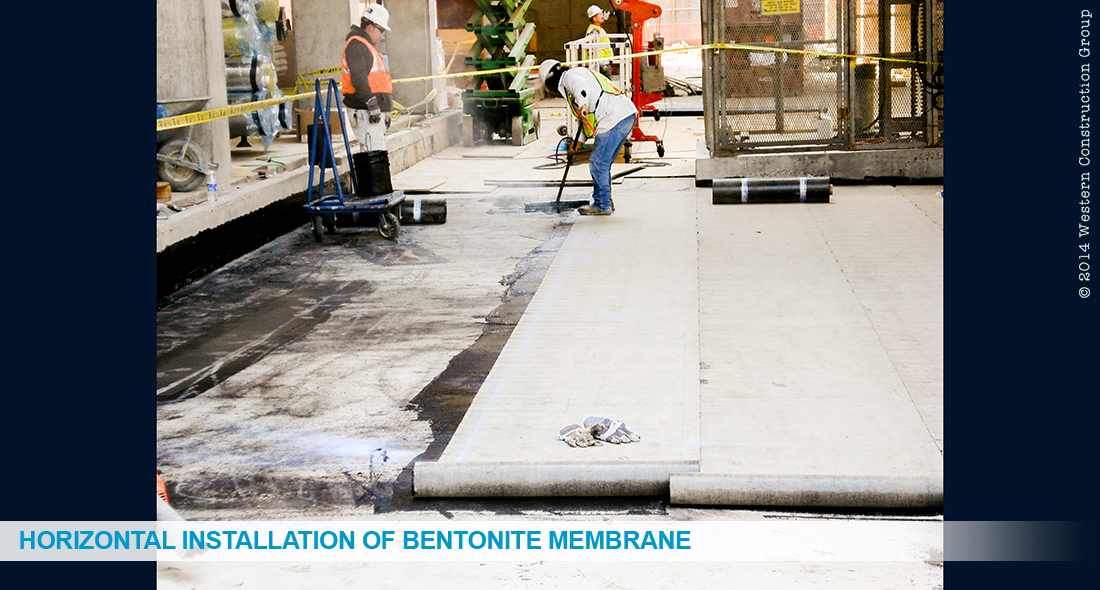 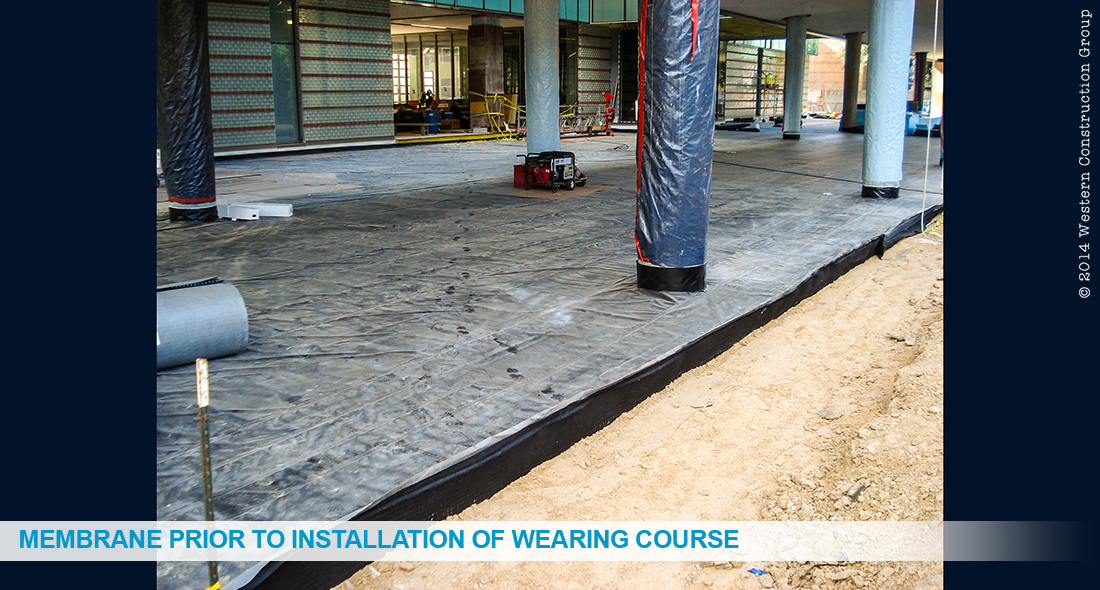 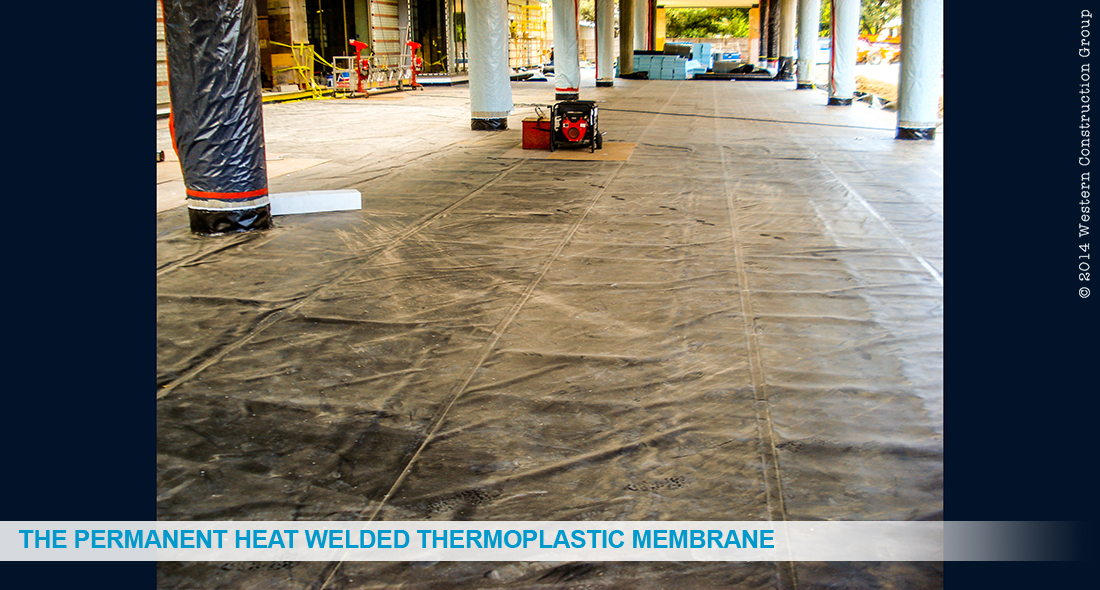 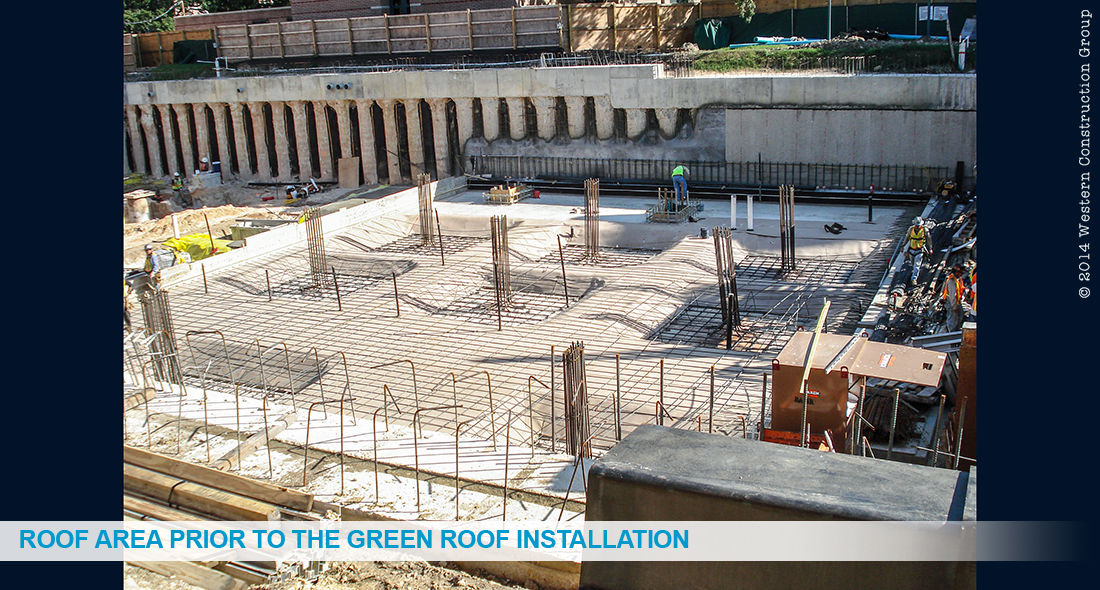 Moody Gardens is an educational destination utilizing nature in the advancement of rehabilitation, conservation, recreation, and research. It’s one of the area’s favorite attractions.

The ten story Rainforest Pyramid completed in 1993 is an important part of the gardens. It is home to more than 1,000 species of exotic plants from Africa, Asia, and the Americas. It is one of the most complete reproductions of an actual rainforest. The pyramid is undergoing a $25 million dollar enhancement.

The exterior cladding of the building moves a great deal. Keeping the interior of the pyramid water tight has always been a challenge. Working with the owners and Morris Architects, Western Specialty Contractors replaced the old sealants with Dow’s 795 Silicone Sealant and preformed 123 silicone strips.

Accessing the work area was difficult because of the sloped glass. A combination of scaffolds, manlifts, and swing stages were utilized.

Despite the tough conditions, Western was able to complete the project safely, on time and within budget. 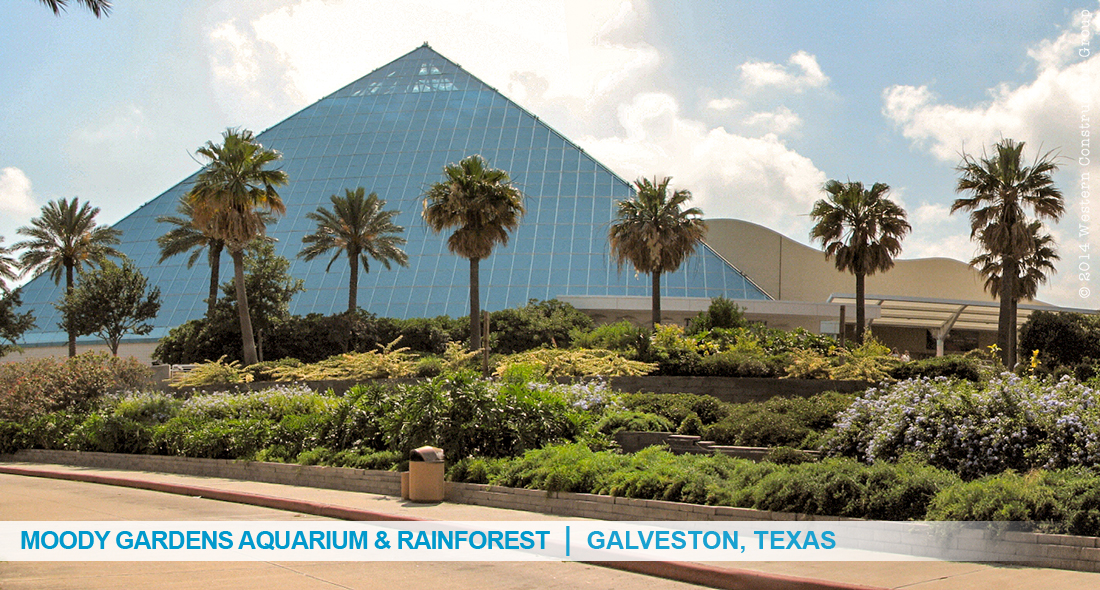 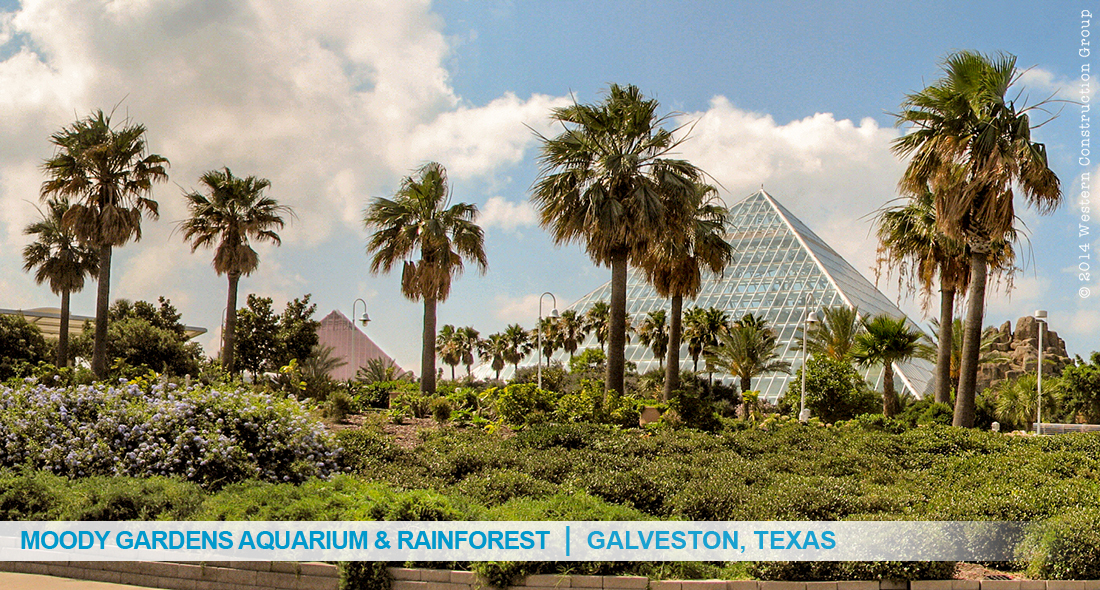 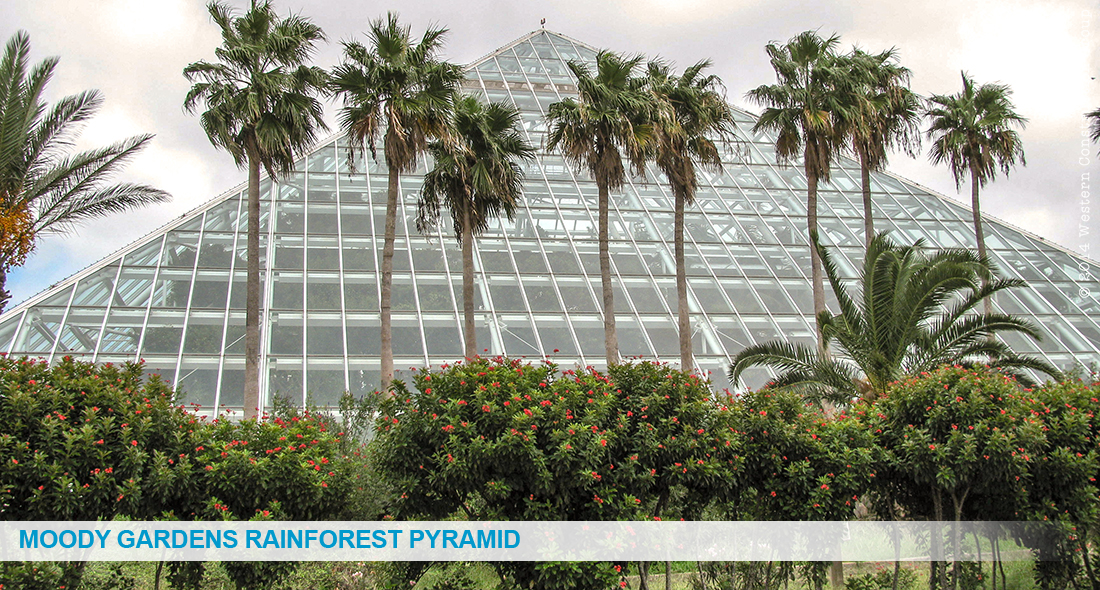 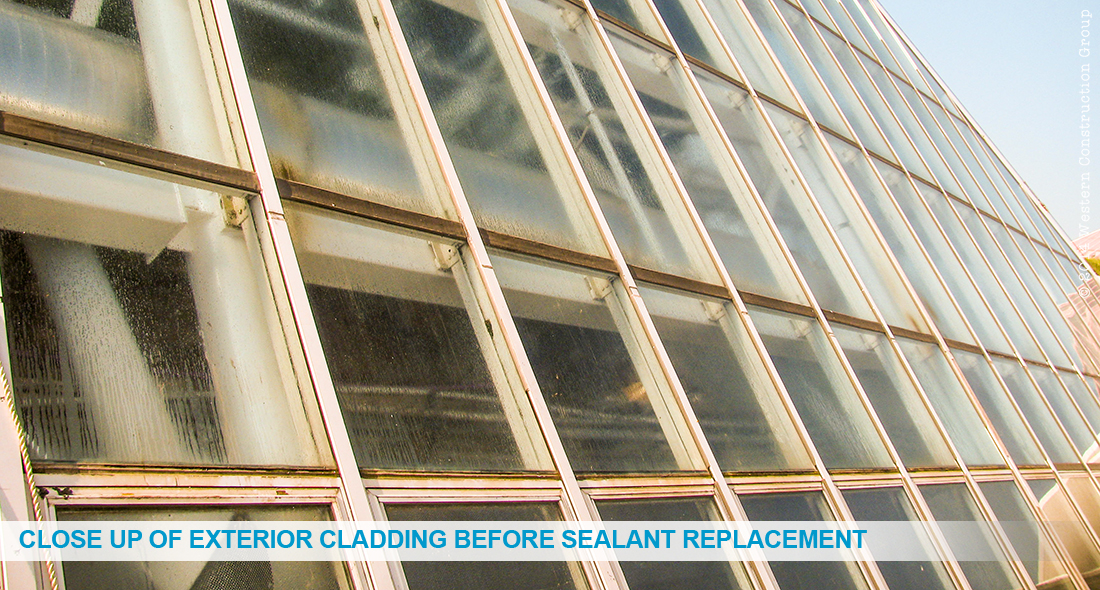 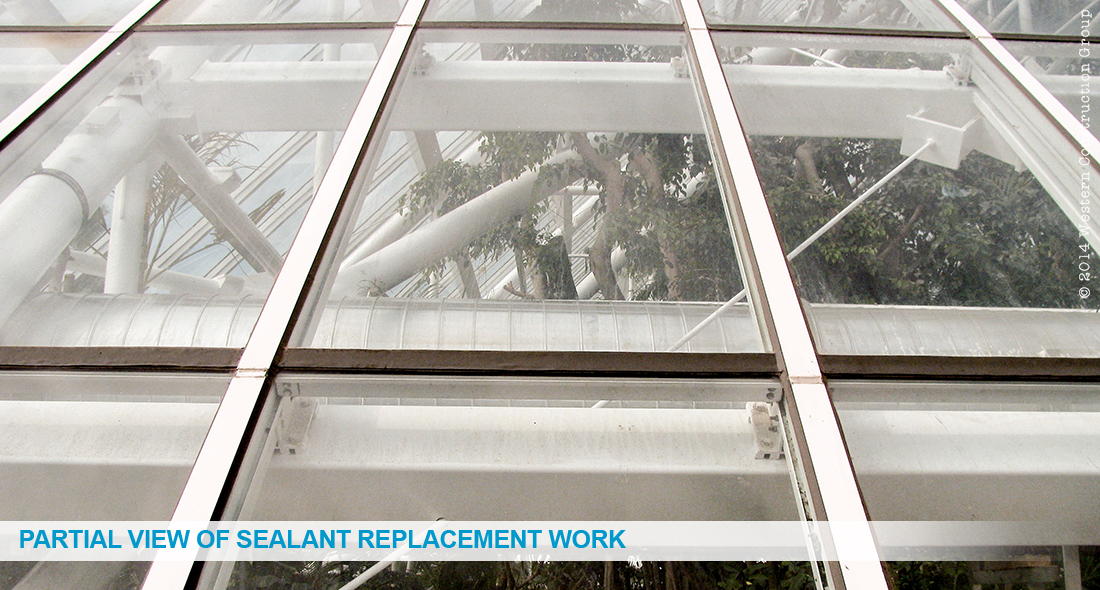 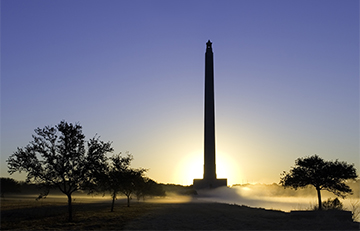 In 1936—a century after their forefathers battled to secure Texas' independence—proud Lone Star residents gathered at the site to break ground for the San Jacinto Monument. The 44th Congress had pledged the sizable sum of $250,000 for a 570-foot memorial tower in San Jacinto State Historical Park, alongside the Houston Ship Channel.

Last year, the legacy limestone structure—towering 570 feet tall and crowned by a star stretching 60 feet wide—emerged beautifully from a complex, four-year restoration. The historic significance and complexity of the effort led to its winning an Award of Merit from Texas Construction as one of the state's best projects in 2000. Crews from two of Western's branch offices—Houston and Dallas—are pleased to have played a starring role in the success.

The catalyst for the monument's restoration had occurred in the summer of 1989 during Hurricane Allison. A 30-pound chunk of limestone had tumbled from the side of the structure, crashing through a skylight into the museum below. Subsequent investigation revealed moisture from the Gulf had caused the cold-processed steel anchors securing the limestone to rust over time, leading to delamination and splitting of the stone.

In the view of Texas Parks and Wildlife Department officials, the restoration project was as complicated as the original construction, given the structure's ingenious design. The octagonal obelisk contains thousands of soft, porous limestone blocks alternating in size by one inch to offset the load, thus transferring the gravity load to the steel-reinforced concrete.

That single-inch difference on the monument's surface would suggest a similar symmetry inside. Not so, says Floyd Parks, divisional superintendent of Western.

In the original scope of work,”

we based our repairs on stones of 3.5″-4.5″ in depth. When we got into the project, everything changed.”

“In most projects, the solution would have been to build out the concrete behind the stone,”

“Because this is a historic monument,”

“maintaining the authenticity is very important.”

The revised restoration plan called for every stone of the San Jacinto Monument to be re-anchored with a stainless steel rod. Approximately 60,000 rods were installed in the course of the project, each requiring that a hole is drilled at a 30-degree angle into the stone and concrete substrate. The hole was then injected with latex-modified grout before a new anchor was inserted.

Worked from specially designed swing stages, crews also replaced more than 4,000 stones. The new limestone pieces were backed with masonry mortar and wedged in place until set. The wedges were then removed and the joints pointed. More than 3,500 Dutchman pieces were installed, along with 4,500 circular, three-inch limestone plugs. These plugs covered the core holes left after the removal of the old anchors.

With work completed on the shaft of the monument, attention shifted to the San Jacinto star—a 34-foot-tall, 220-ton structure of limestone with cementitious coating. Here, three challenges arose: scaffolding, given the structure's odd shape; unusual working planes, with virtually none square to horizontal or vertical; and lightning rod repair.

The scaffolding solution involved a custom design using a tube-and-clamp system and outriggers. Extensive engineering allowed crews to complete work on the various points and corners. The restored lightning dissipation system includes rods at the apex and four other points, all anchored through the structured steel. These are grounded in dissipation mats around the monument at ground level.

Despite the complexity f the project, the monument's museum remained open throughout the process.

Western congratulates the Texas Parks and Wildlife Department, project engineer Wiss, Janney & Elstner Associates, Inc. and its own Dallas and Houston branches on the completion of this award-winning restoration.